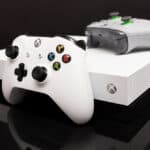 Gaming consoles have come a long way since their introduction in the 1970s. Nowadays, these consoles have high-end components that are nothing short of PC parts. Most of these consoles, such as Xbox One, are computers disguised in small gaming boxes. If they’re so close to a PC in architecture, can you use them as one?   Can You Turn An Xbox One Into … END_OF_DOCUMENT_TOKEN_TO_BE_REPLACED 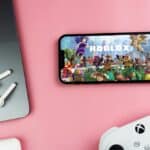 If you are not part of the gaming world, it is challenging to know what other gamers are talking about. Roblox is one of the most engaging platforms, with thousands of games you can select from. From kids to adults, it seems like everyone is using Roblox. Sometimes people use different terms on Roblox. Here is everything you need to know about what ABC … END_OF_DOCUMENT_TOKEN_TO_BE_REPLACED 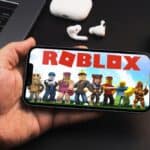 Roblox is a storefront and an online platform for playing games. It is not a game itself, but it consists of games from other developers and users. The games in Roblox operate at a much faster pace. For this reason, gamers use many acronyms in Roblox chat to keep the message short. One of the most common acronyms in Roblox chat is AFK.   What Does … END_OF_DOCUMENT_TOKEN_TO_BE_REPLACED

Roblox is a famous gaming platform that many people from all over the world love. It has a good interface and users do not experience any bugs or technical issues. The only downside of the platform is that you could get banned easily. The company has specific reasons for banning people to ensure high safety.   Banned From Roblox (8 Reasons, What To … END_OF_DOCUMENT_TOKEN_TO_BE_REPLACED

In the world of gaming, Roblox has generated waves of attention due to its unique and thought-provoking idea. It is a multiplayer game with a huge player base (more than 200 million) that allows users to create their own games, thus boosting their creativity. What could be better proof of its popularity than what renowned publications like The New York Times are … END_OF_DOCUMENT_TOKEN_TO_BE_REPLACED