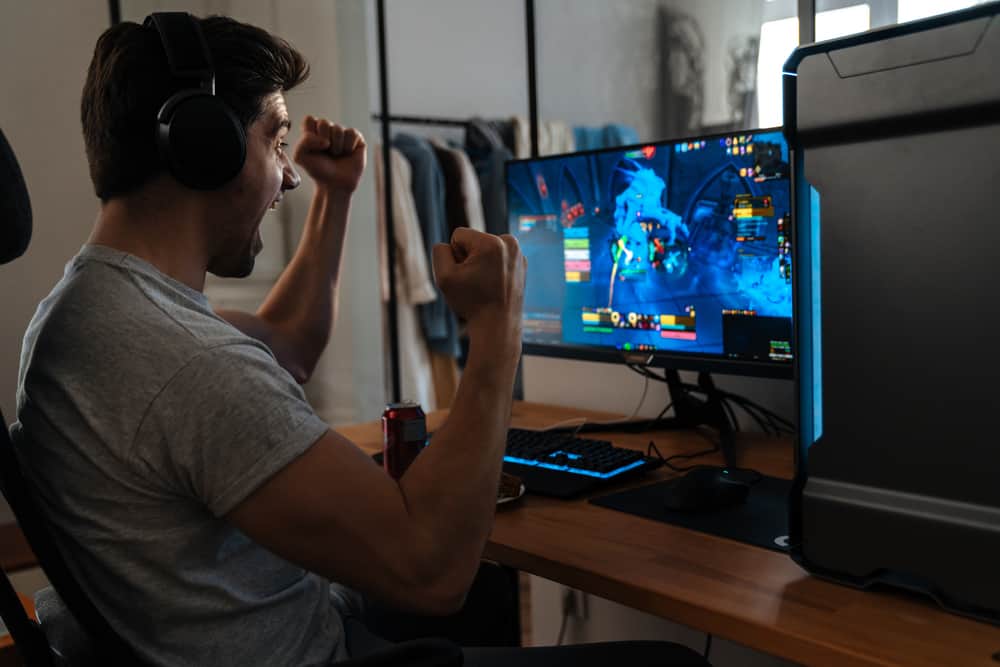 There’s a never-ending discussion about PC gaming vs. console gaming and the merits of one over the other.

Apart from the gaming experience each one offers, there’s also the question of price.

Since there are different versions of the same game for PCs and consoles, they have different prices.

Which one is cheaper: PC games or console games.

Are Games Cheaper On PC? 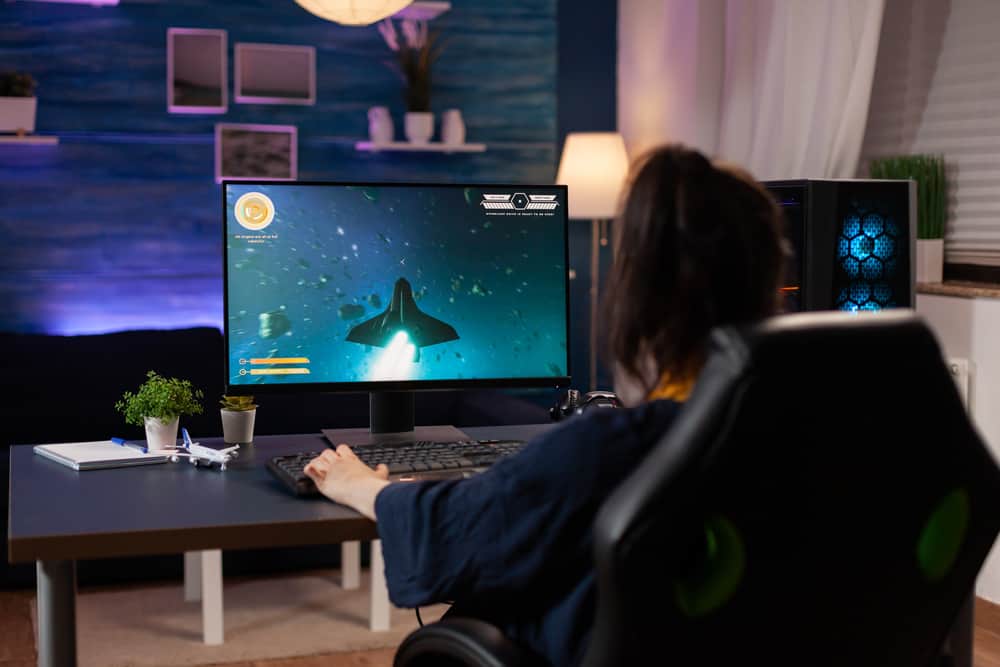 PC games have a larger market share, allowing the developers to be more generous with pricing and offer discounts.

In addition, the PC game market is more competitive than the console game market due to the wide selection of platforms available for PC gaming.

However, the entire PC gaming experience may be more expensive than console gaming due to the higher upfront cost you need to pay for hardware.

That said, these factors only apply to AAA games.

Why Are PC Games Less Expensive Than Console Games? 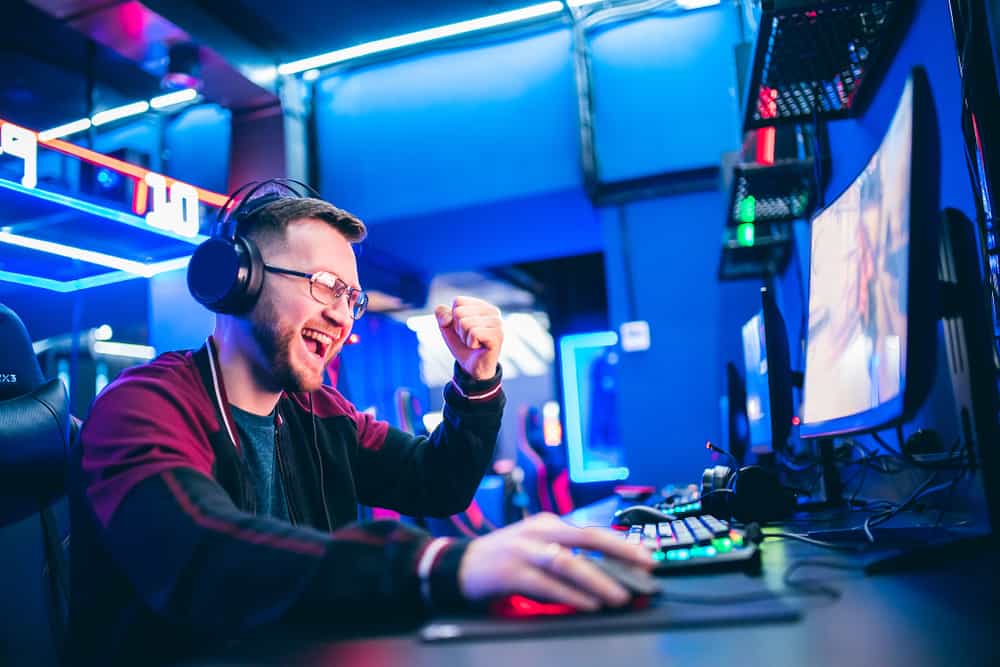 If you compare PC games with their console versions, you’ll notice a general trend in favor of PC games cost-wise.

You may find specific games less expensive on the console front, but that’s not the case for most games.

This difference in prices isn’t accidental, as a host of factors go into PC and console game pricing.

Here are some of the primary ones. 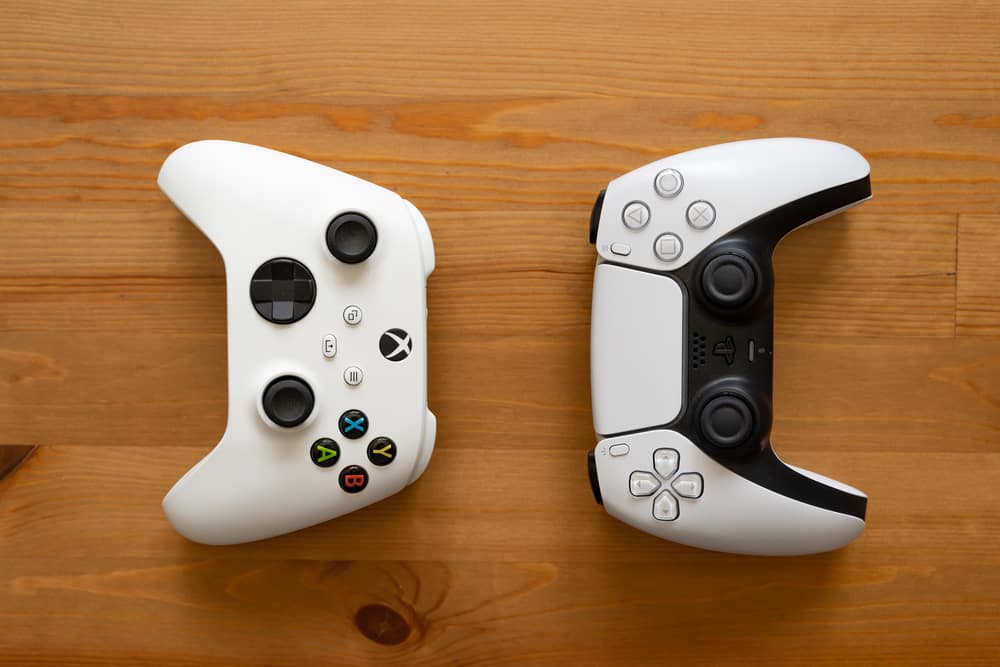 Console game companies have very few competitors who sell their products only through their own websites.

PlayStation and Xbox are the two dominant forces in the console market, and they don’t let other platforms sell their games.

This monopoly gives them exclusive rights and freedom to sell their products at the highest price possible.

On the other hand, PC games are more widespread.

You can find them on a variety of platforms in addition to the games’ official website.

You can get them on Epic, Steam, Origin, at physical stores, and other places.

These storefronts are willing to sell the games at even lower prices to overtake the competition.

Since you can find digital and physical copies of games in virtual and brick-and-mortar stores, you can find the lowest price by shopping around.

As a result, although you can find sales and discounts for console games, they’re less enticing than PC game sale prices. 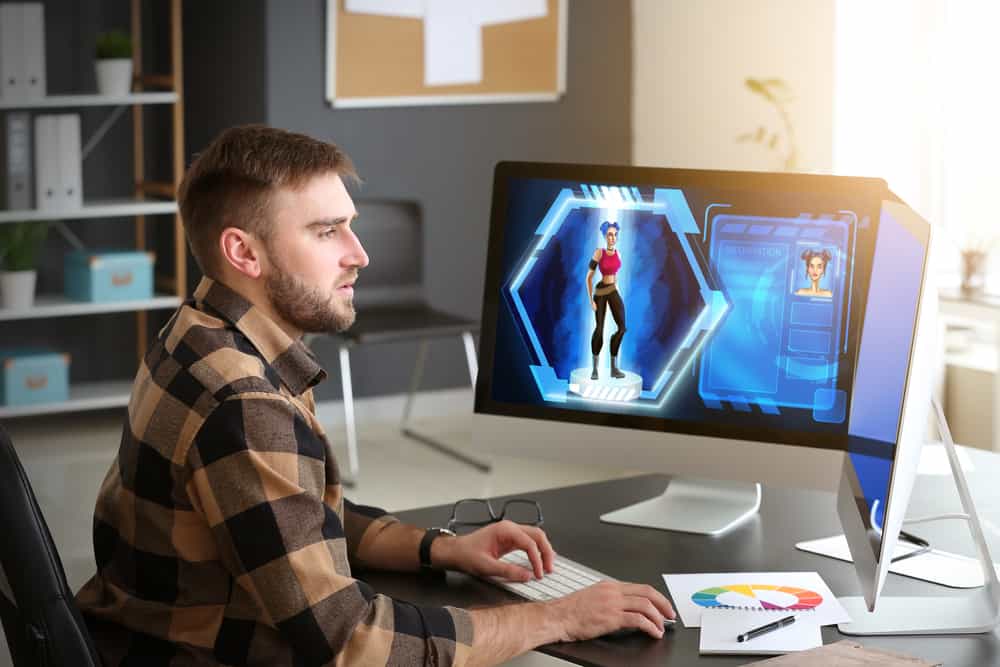 The technical considerations that go into developing games play a crucial role in determining their selling price.

Developers generally prefer developing games for Windows PCs because it’s the most convenient.

The API available for developing games is DirectX, which is native to Windows.

It allows the games to be played on low-level hardware, which makes them appealing to a wider range of users.

As a result, most games are first released for Windows devices.

Developers then adapt the games developed for Windows to other platforms, including consoles.

It involves a complex process of changing or writing new code.

That’s one of the most prominent factors that make console games more expensive than PC games because developing them involves more work. 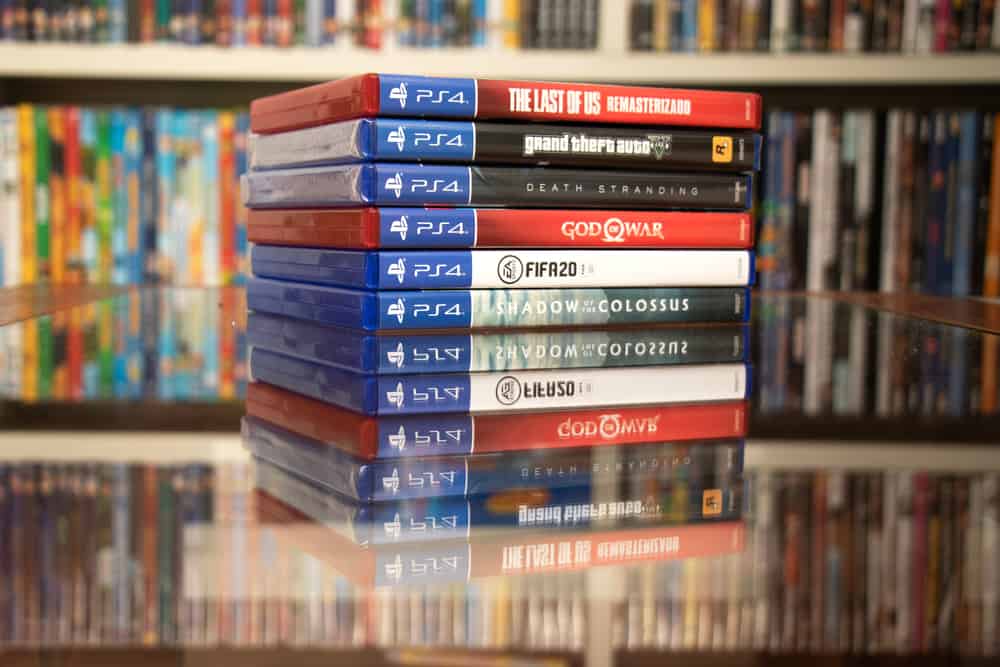 Building a console costs much more than the selling price you’ll pay Sony and Microsoft.

However, they offer their devices at lower prices to make them more affordable and appealing to the market.

If their consoles cost more than a gaming PC with comparable specs, customers will opt for the PC.

That’s because a console is only used for gaming, while a gaming PC is a versatile machine you can use for other purposes.

This boils down to higher prices compared to PC games.

Although it sounds counterintuitive, developers pay console companies to allow them to offer their games on their platforms.

These licensing fees are a significant income source for console companies.

Thus, the publishers must raise game prices to compensate for these licensing fees.

These game publishers aren’t individuals who can be flexible in pricing their products.

Most of them are big companies with hundreds of staff, developers, marketers, and other team members.

Since the console company gets a cut of the game sales, the publishers need to raise the prices to stay profitable.

On the other hand, PC game publishers don’t have to pay such fees, allowing them to sell their games at lower prices. 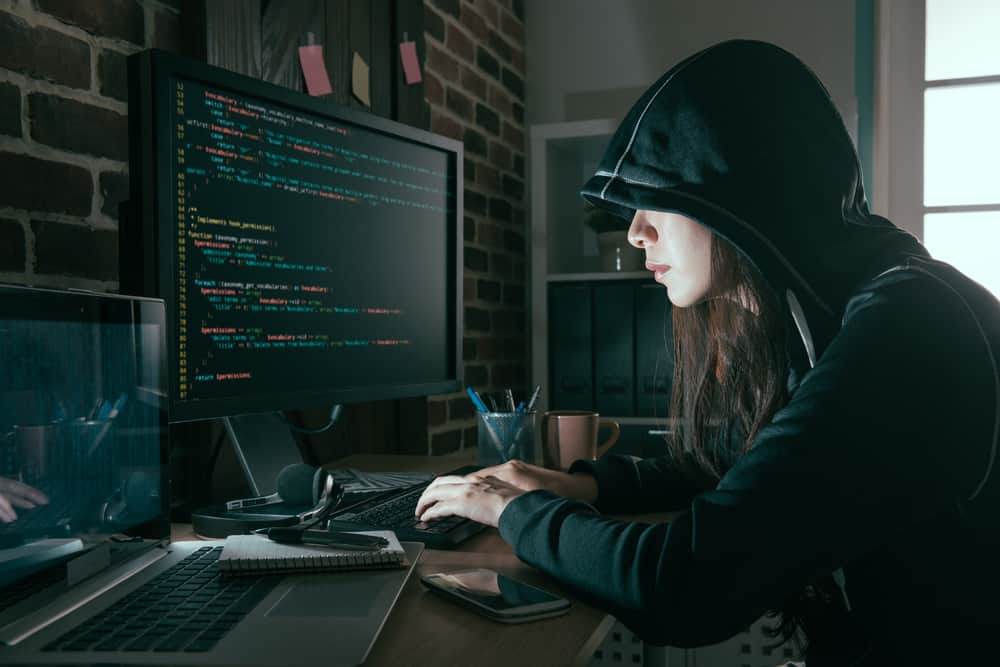 Although copyright regulations are stricter than before, video games are still vulnerable to piracy.

When a game comes out, hackers can crack the game and make illegal copies immediately.

These attempts are more widespread among PC games than console games.

To make sales before these copies come out, PC game vendors lower their prices to sell as many games as possible.

As a result, PC games are cheaper than their console counterparts, even upon release.

In addition, the prices should be low enough that users are willing to pay instead of getting the pirated version.

If it’s higher, they may lean toward the illegal copy. 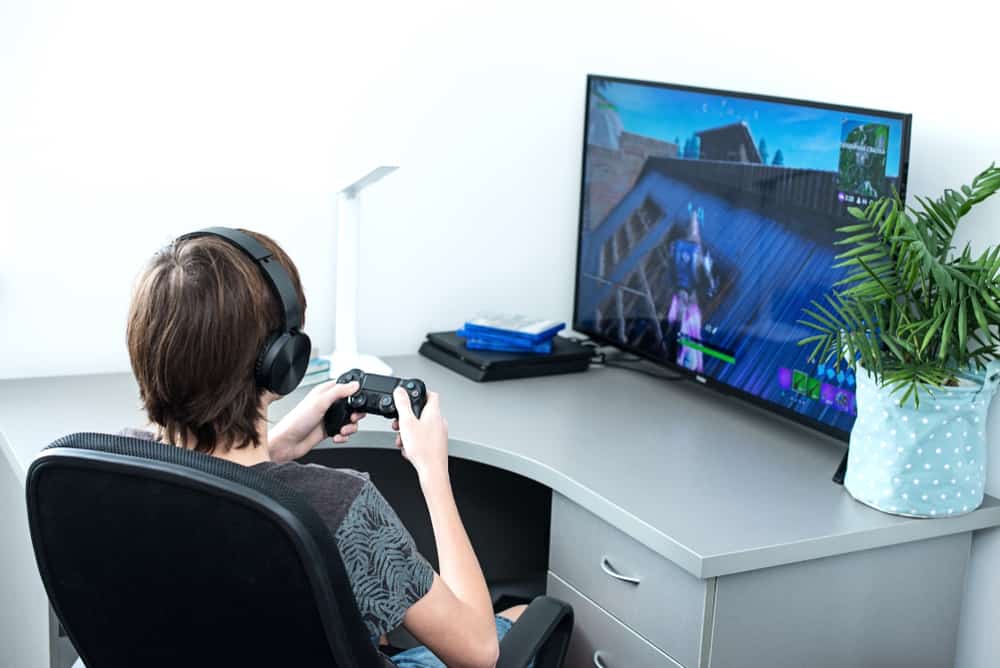 If you’re on the fence about which platform to play on, the game price is only one determining factor.

If money is an issue, you should consider the overall cost of PC gaming vs. console gaming to decide.

In addition to the game price, the following factors are also essential.

The hardware you need for gaming is the most important factor affecting your choice between PC and gaming.

You get the console and the controller, and you’re good to go.

Most users already have a TV to hook up to their consoles, and they may need a second controller as a backup for their stock one.

On the other hand, getting a gaming PC is more complicated.

To build a high-end gaming PC, you must consider every component, particularly the GPU, monitor, keyboard, and mouse.

These components can drive up the final cost to more than double the cost of a console.

That said, a PC for gaming shouldn’t cost that much.

You can play games on a regular PC if you don’t need the best quality.

As a result, the average price of hardware may not be that clear-cut given the wide range of choices.

When a game is developed for PC, you can play it with a wide range of hardware, even low-end PCs if that is all you have access to.

However, the games developed for consoles are only playable by a specific generation of consoles.

The latest generation console can’t play the games you’ve bought for the previous one due to a concept called “planned obsolescence.”

Console manufacturers want you to pay for new consoles when they come out.

If you want to play the newly released games, you must get the new console.

If you decide to sell your console to get a new generation and play newer games, you’re left with your older games that you can’t play.

That’s an added cost that can become significant over time.

Upgradability is a great advantage that the PC has but the console doesn’t.

Consoles don’t have a modular design, so you can’t change their components.

As a result, the upfront cost you pay to start gaming can be much lower in PC gaming.

You can even start with your current computer and upgrade its components later.

However, that’s not an option with a console; you should buy the console to start gaming and get a new device if you want to upgrade.

A gaming console is a single device with a single purpose: gaming.

On the other hand, a PC is versatile, and you can use it for a wide variety of purposes.

That’s a significant cost-saver if you rely on your PC for performing work-related tasks.

If you have a high-end PC for work, you can use it for gaming without paying extra.

Game availability may not directly affect the costs, but it does determine your gaming experience.

Even the oldest games are playable on a PC through emulators or online platforms.

Given the higher cost of console games, your choices are more limited than PC gaming.

There’s no denying that consoles are computers of some kind.

However, they can’t support many in-game features, unlike computers.

As a result, you can’t play with your friends over the Internet which limits your gaming experience.

In addition, you can’t use game mods on consoles such as PS4.

If you’re new to gaming and don’t want to put much effort into building a gaming rig, a console is the best choice.

You should consider which games you want to play and what you want to get out of the system.

Conversely, the console is a much easier choice; you only choose between the latest models of Xbox and PlayStation.

Plus, you can use the console out of the box, and they don’t require an involved setup process.

Do PlayStation Plus Cards Expire? (Updated 2023)

How Much Storage Is Fortnite On PC? (2023 Updated)

How To Change Your Name On Roblox (2023 Updated)

Why Can’t I Download Minecraft On PC? (Causes, Fixes)