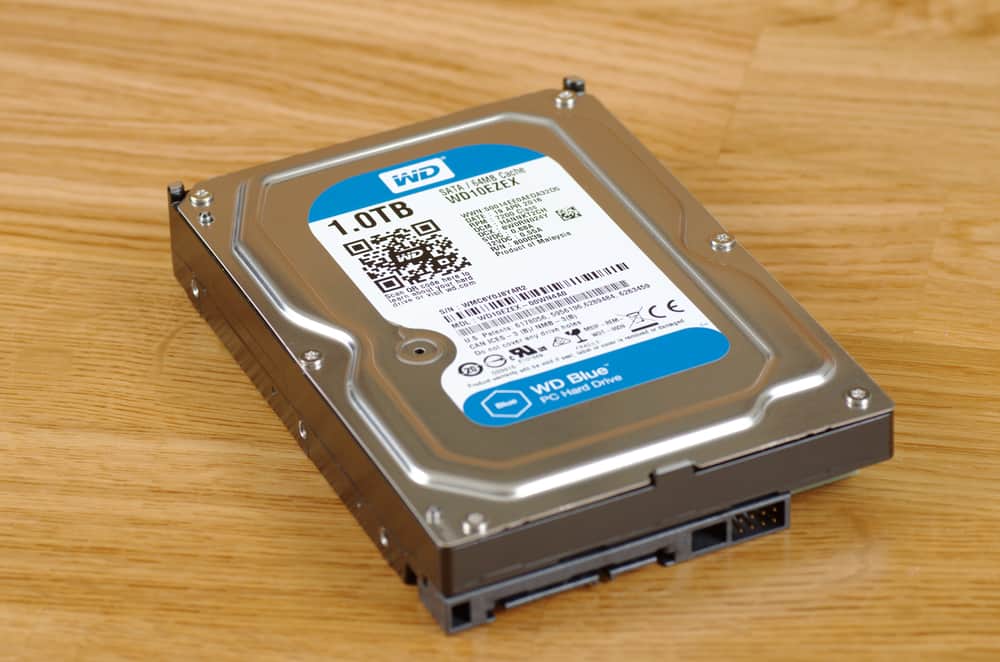 Western Digital, or WD, is one of the largest manufacturers of hard drives, also known as hard disk drives or HDDs.

WD has a reputation for delivering high-quality, dependable products across a wide range of computing needs.

They offer warranties lasting between three and five years on their hard drives.

This warranty duration may lead you to wonder, how long do WD hard drives really last? 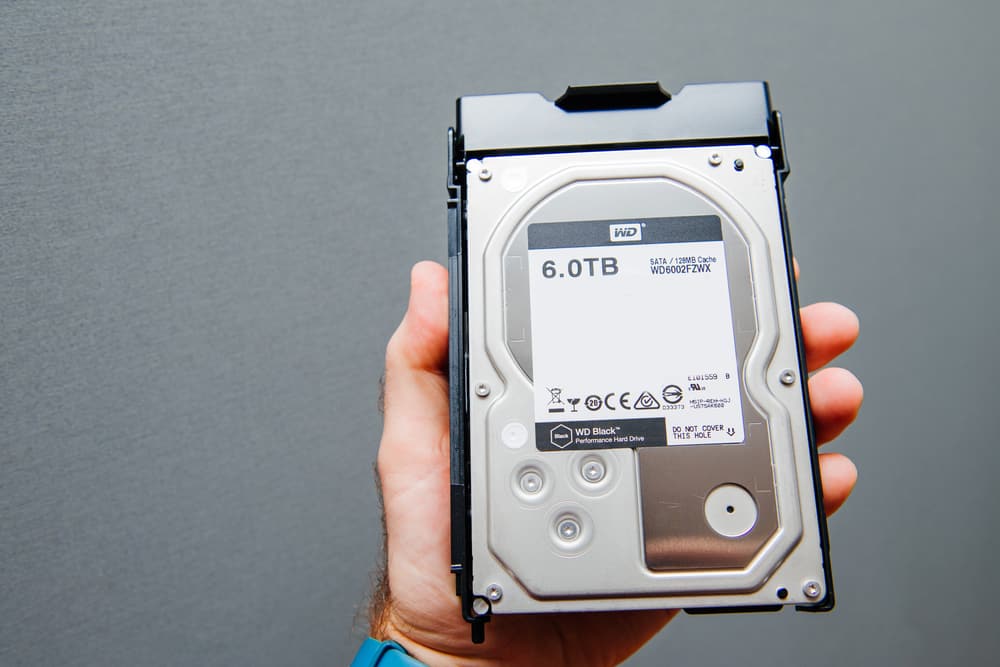 However, this number may fluctuate significantly from device to device depending on internal usage factors as well as external factors.

Cloud storage and data backup company Backblaze has attempted to answer the question of hard drive failure in recent years by comparing failure rates in their over 25,000 hard drives.

The results of their ongoing investigation may provide some insight into hard drive longevity but are by no means a definitive answer.

How Long Do Hard Drives Last According To Backblaze? 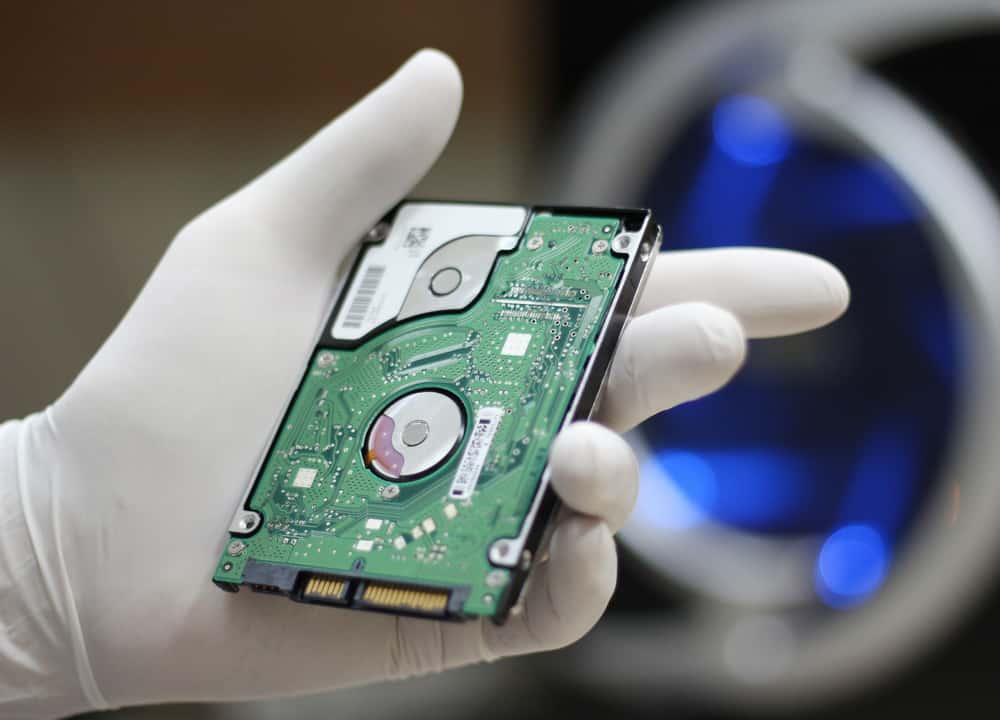 Backblaze analyzed data from their massive collection of more than 25,000 running hard drives looking for an answer to the question, “How long do hard drives last?”

In use in their facility are standard 3.5-inch hard drives 4 to 18TB in size and consisting of Seagate, Western Digital, and Hitachi hard drives, with both HDDs and SSDs.

What Backblaze discovered was that, over a six-year period, 65% of the drives considered were still operational.

Interesting to note, however, is that the failure rate of the hard drives averaged consistently between 2 and 2.5% over the first four years of the drive’s lifespan with 90% of the hard drives still functional at the end of the four-year period.

Once the drive passed the four-year mark, the failure rate increased exponentially with just 65% still functional after six years.

The conclusion of this finding is that, as the hard drive ages past four years, the failure rate increased tremendously.

This conclusion supports the generalized assumption that, in theory, a hard drive should be dependable for between three and five years.

How Long Does A WD Hard Drive Last According To Backblaze? 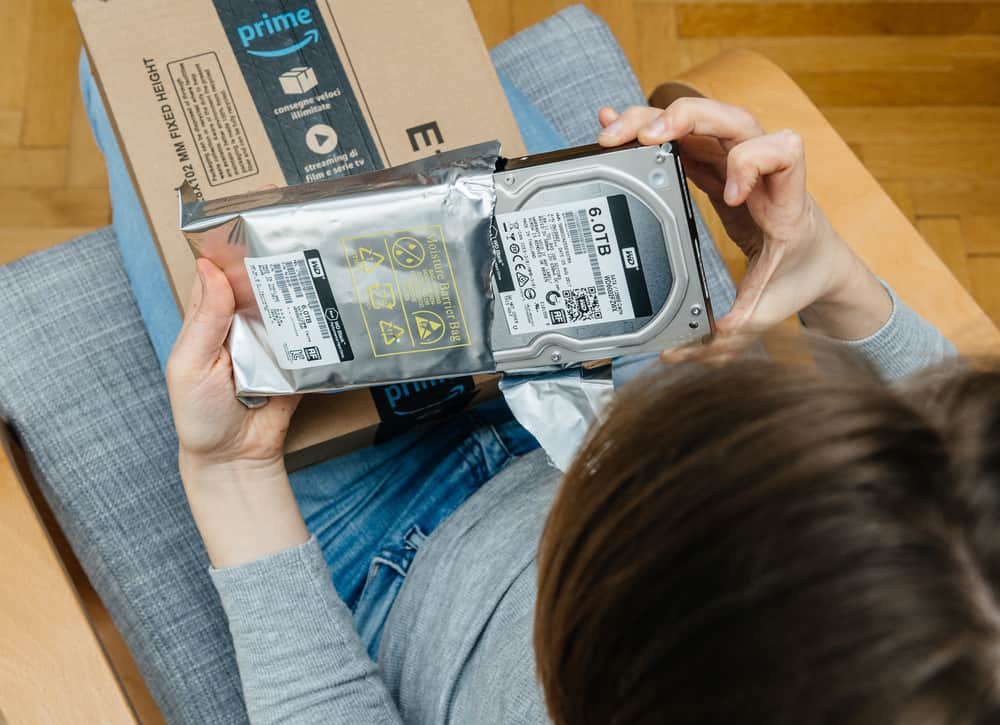 While Backblaze does not place a specific time on WD hard drive longevity, they were able to compare the annual failure rate, or AFR, of the WD hard drives in their facility and compare it to other hard drive manufacturers’ hard drives. 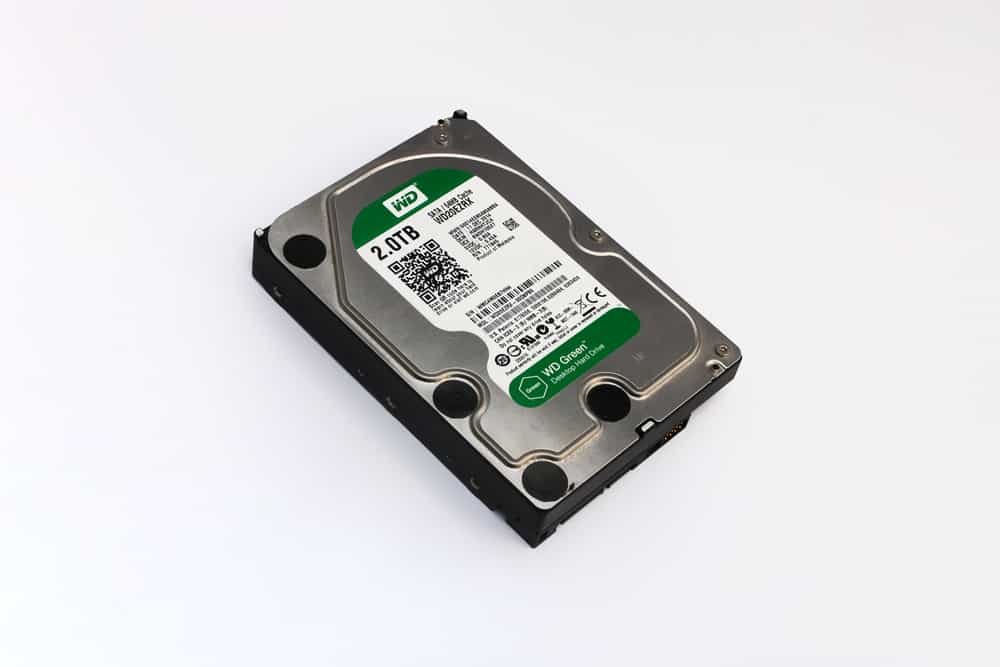 To determine the life expectancy of any of the WD hard drives, Western Digital provides two metrics to take into consideration: the load/unload cycle count and the warranty.

The load/unload cycle count is the expected number of times a hard drive can begin the spin-up of the spindle to generate disk rotation in readiness for the read and write heads and then return to the original stationary position.

What does this mean?

Given normal usage and barring unexpected failures at the beginning of the hard drive’s life, the Blue, Red, and Purple lines should be dependable for at least three years with the Black line having at least a five-year lifespan. 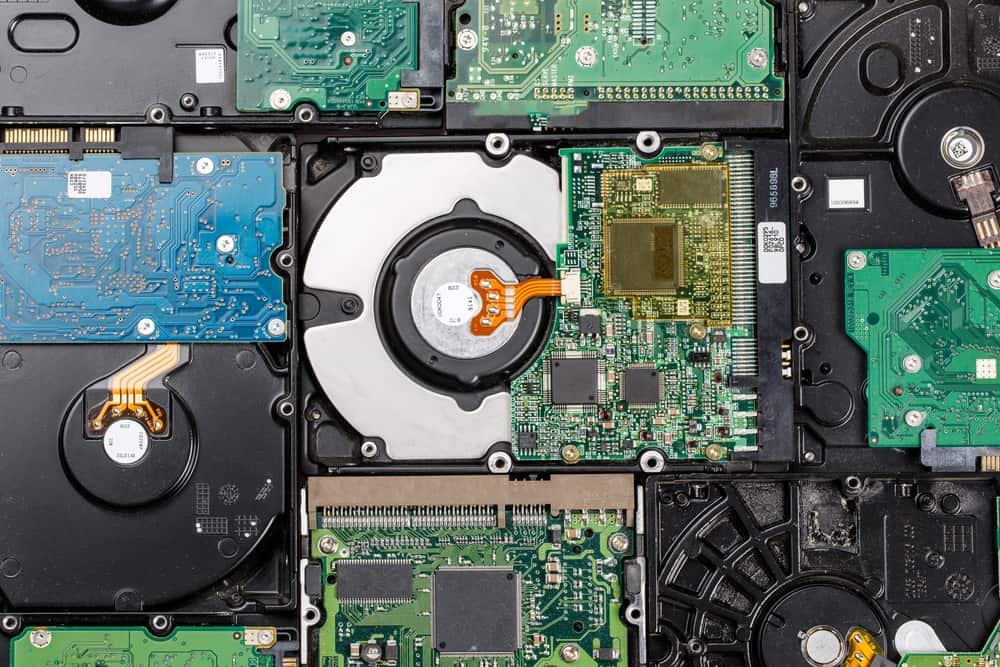 The lifespan of a hard drive is contingent on numerous internal and external factors.

Internal factors include what brand of hard drive you are using, storage capacity, usage, and malware.

When considering a hard drive’s lifespan, the manufacturer may play a large role.

Hitachi was found to have the lowest AFR with WD being a close second.

Seagate was found to have a highly variable AFR.

Conclusive data has not been established to rate Toshiba and Samsung’s AFR.

Storage capacity refers to how much data a hard drive can contain.

Storage capacity affects the lifespan of a hard drive.

The lifespan of a hard drive may be affected by its storage capacity not by physical failure, but by use failure.

A hard drive with a smaller amount of storage space may become filled and require replacement due to a lack of available space.

While not a technical failure, the lifespan of the hard drive is still reduced since it is no longer functional.

A major consideration in the lifespan of a hard drive is the amount of usage the hard drive gets.

A hard disk drive or HDD is composed of spinning mechanical platters which use magnetic fields to write data.

The more constant usage an HDD is exposed to, the more quickly the mechanical components inside of the hard drive will fail.

A hard drive’s lifespan can be significantly affected if it is infected by malware.

Malware can cause major disruptions in the functionality of or data within the hard drive.

Malware can also cause complete failure of the hard drive, reducing its lifespan.

External factors affecting the lifespan of a hard drive include the housing the hard drive is contained in, temperature, exposure to contaminants, vibration, and physical abuse.

The housing of the hard drive can have a significant impact on the lifespan of the drive.

A hard drive can be either an internal hard drive, meaning it is physically located within the casing of the computer or tower, or external, which means that it is contained in a separate housing and is connected via a wired connection to the primary computer or tower.

Internal and external temperatures can affect the lifespan of a hard drive.

A heavily used hard drive will generate a significant amount of internal heat which can lead to malfunction or failure of the hard drive.

The external temperature can also affect the lifespan of the hard drive.

Tests on hard drive failure have indicated that a temperature increase of only nine degrees can reduce the lifespan of the hard drive by up to two years.

When a hard drive is excessively cold or hot, internal malfunctions such as head misalignment and condensation can occur, reducing its lifespan.

Contaminants such as liquid or dust can negatively affect the lifespan of a hard drive.

Liquid damage to a hard drive is relatively evident in its negative effects on the hard drive, but dust collection can be equally as detrimental.

Built-up dust can increase the internal temperature of the drive by insulating the hard drive as well as reducing the efficiency of the device to dissipate heat build-up.

Vibrations to the hard drive can cause misalignment of the head and track which can lead to failure and a decrease in lifespan.

Physical abuse is a fairly obvious reason for a hard drive’s reduced lifespan.

A general rule of thumb when it comes to the physical treatment of a hard drive is to be gentle.

What Lasts Longer: SSD Or HDD? 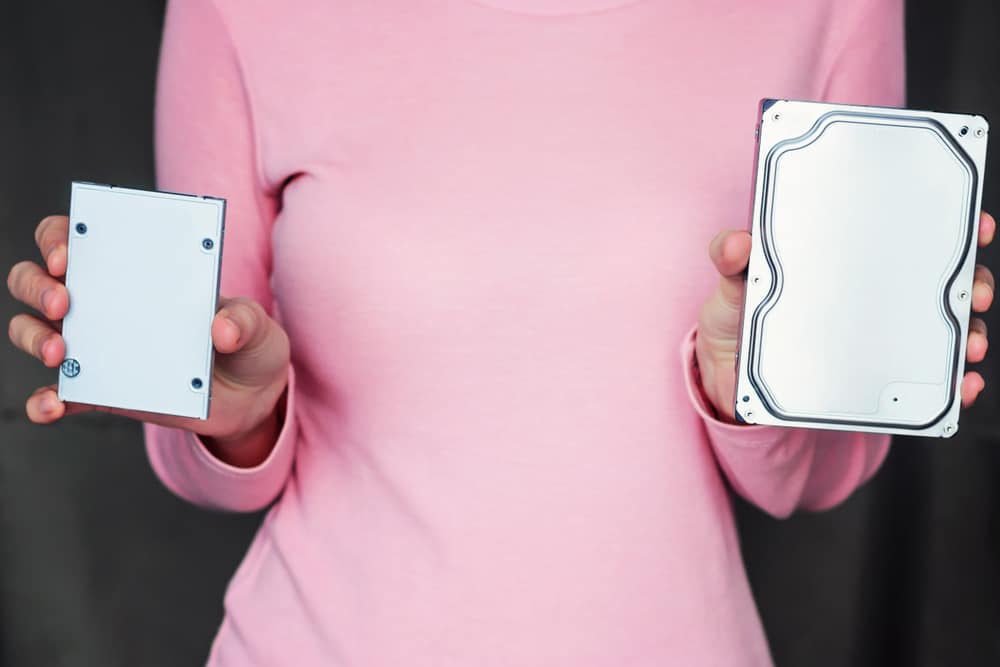 The hard drives we have discussed up to this point are HDDs, or hard disk drives which contain internal mechanical spinning platters.

Another option for a hard drive, however, is the Solid-State Drive, or SSD.

An SSD, unlike the HDD, does not contain internal moving parts.

An SSD, since it does not contain internal mechanical components, is less prone to damage due to vibration or mishandling such as dropping or bumping which leads to an increase in lifespan.

The flash memory bank of an SSD, however, can only be written to and overwritten a certain number of times.

Under normal usage, the SSD will last longer than the HDD with an average of at least five years of dependability.

How Long Do The WD Blue, Red, Black, Green, And Gold SSDs Last? 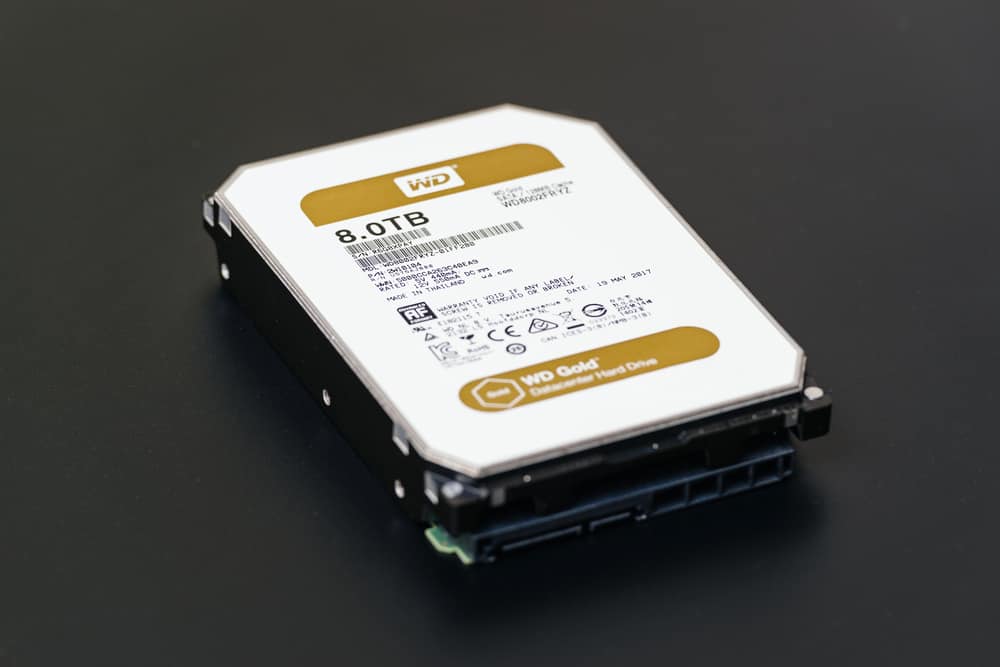 The first factor to consider when determining the expected lifespan of a Western Digital SSD is the TBW number.

TBW stands for terabytes written and indicates how much information can be written to an SSD over its expected lifespan.

Another metric used to measure an SSDs lifespan is the drive writes per day, or DWPD.

This indicates how many times an SSD’s available storage can be overwritten per day during its warranty period.

Finally, always look at WDs warranty for the expected lifespan of the SSD.

What does this all mean?

In general, this means that, given normal usage, a WD SSD is expected to have at least a five-year lifespan.

What Are The Signs Of Hard Drive Failure? 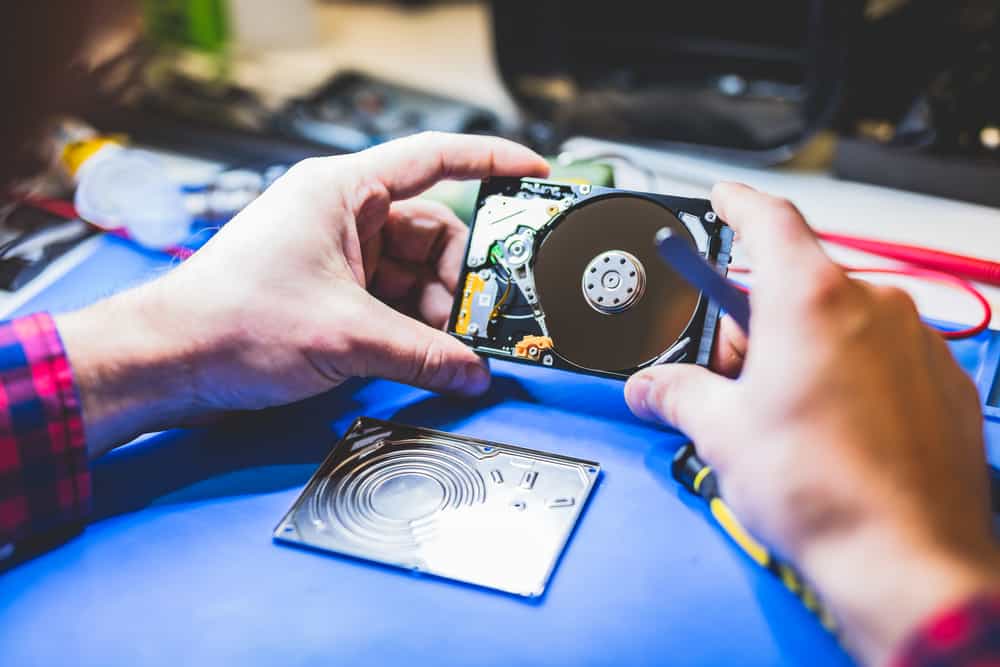 A hard drive failure can be disastrous!

The good news is there are signs that your hard drive may be failing.

Strange noises coming from your hard drive can be a bad sign and indicate drive failure.

In fact, a repetitive clicking sound is even referred to as “the Click of Death.”

Another strange noise you might encounter with a hard drive is no sound at all.

A hard disk drive, since it employs the use of mechanical parts, does make an initial clicking sound followed by a continuous purring noise.

This indicates normal operation, but if no noise is heard at all, the hard drive is not spinning.

Computers occasionally crash or freeze up.

This is normal and can be fixed by a quick shut down and reboot.

If the computer is crashing and freezing all the time, however, a bad hard drive may be the cause.

Also, if you receive boot error messages such as “hard drive not found,” “no bootable device found,” or “boot device missing,” chances are your hard drive is not running properly and is having a difficult time getting the requested information to the CPU.

Another indication of hard drive failure is missing or corrupted.

If your hard drive is beginning to fail, it may have a difficult time retrieving files from its stores or it may return results that are garbled or corrupted.

If it takes your computer an excessively long time to retrieve files and folders, your hard drive may be failing.

Modern hard drives contain Self-Monitoring Analysis and Reporting Technology, or S.M.A.R.T., which is designed to keep tabs on the health of the hard drive.

This technology can be a useful indicator of the health of the hard drive.

What Do I Do If My Hard Drive Is Failing? 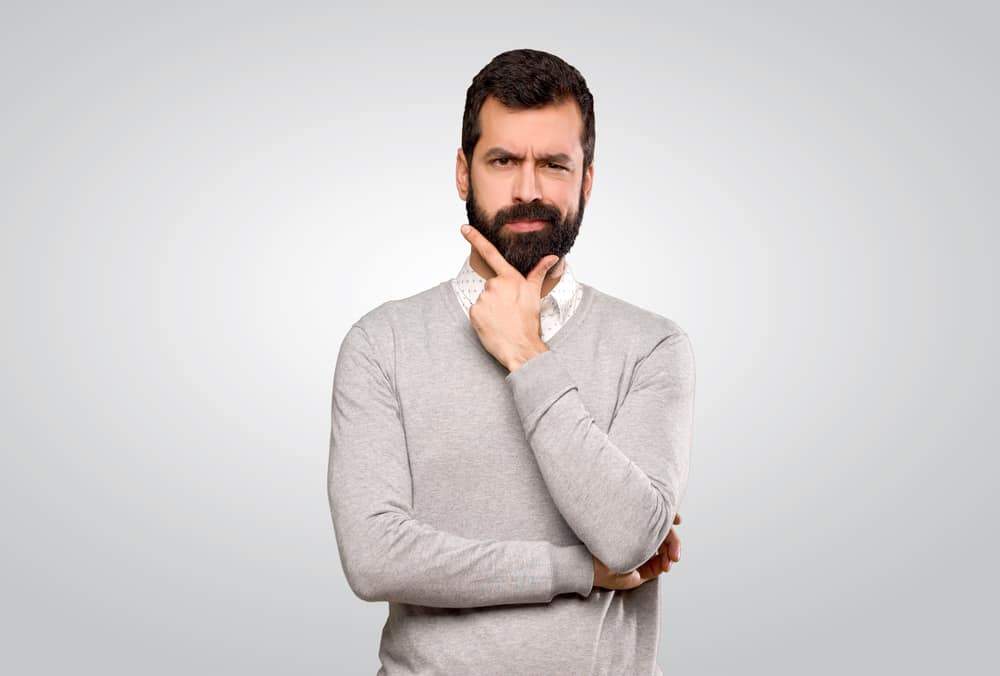 If your hard drive is failing, don’t panic.

Hopefully, you have caught it early enough to save your data.

If you don’t have a backup of your data or your backup is not up to date, back up your data immediately.

Once the hard drive is backed up, you may attempt to fix your hard drive yourself by running the CHKDSK in Windows.

CHKDSK is a Windows command which fixes hard drive errors.

If this does not work, it may be time to replace your hard drive or invest in a new device altogether.

Take the hard drive to a data recovery specialist to retrieve as much data as possible.