Before taking the leap and investing in a MacBook Air, you may wonder.

How long will this device last?

We take a look at everything to know.

How Long Do MacBook Airs Last? 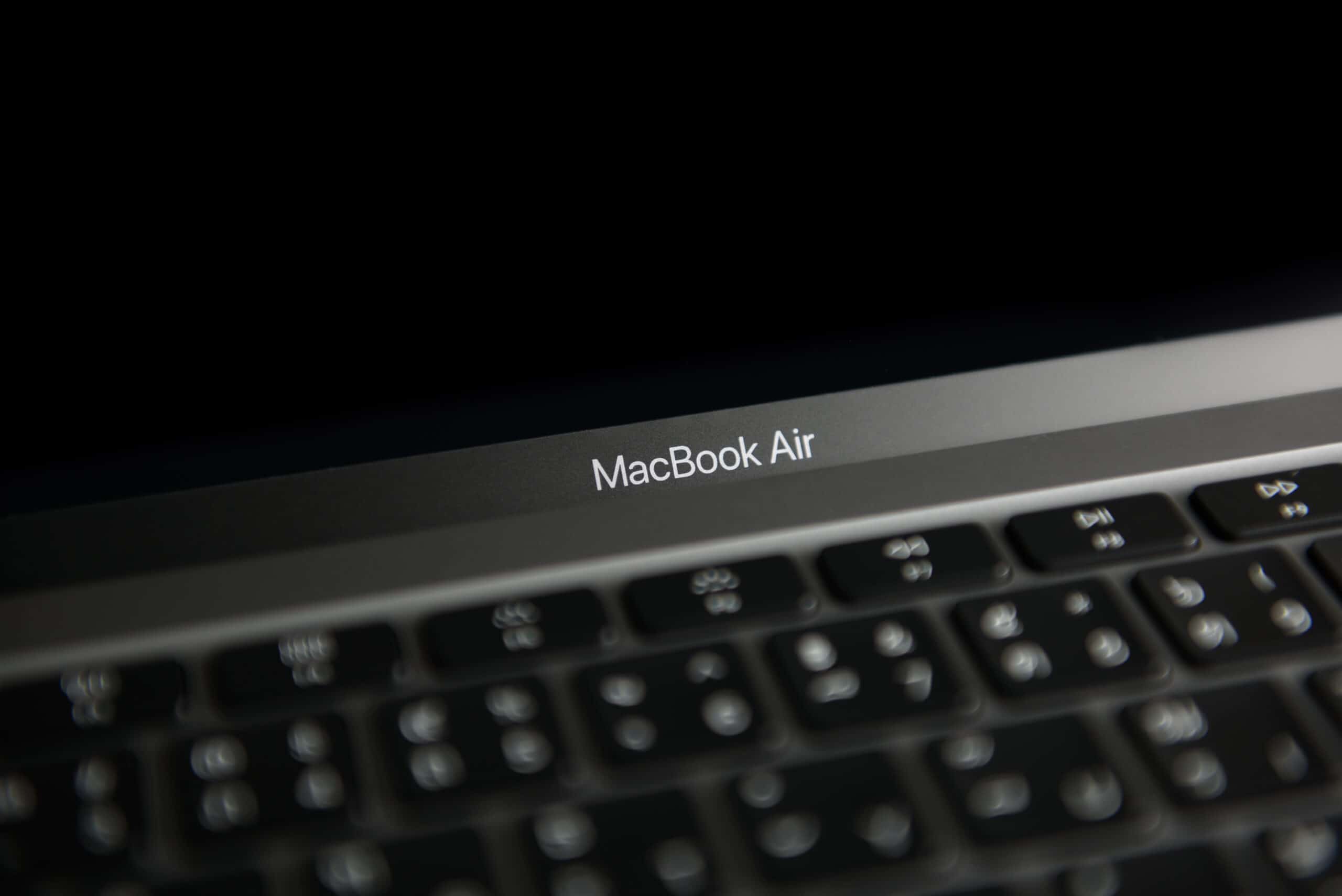 In general, the MacBook Air should last between five and seven years.

How the MacBook is being used will be a major determinant in its lifespan.

Light usage, like scrolling the internet, working on simple programs such as Docs or spreadsheets, and using the notebook for less than four hours a day will increase the longevity of the device up to seven years or even more.

Heavy usage, such as using the notebook for computationally demanding programs like Photoshop, video editing, or heavy gaming will reduce its lifespan, down to potentially under five years. 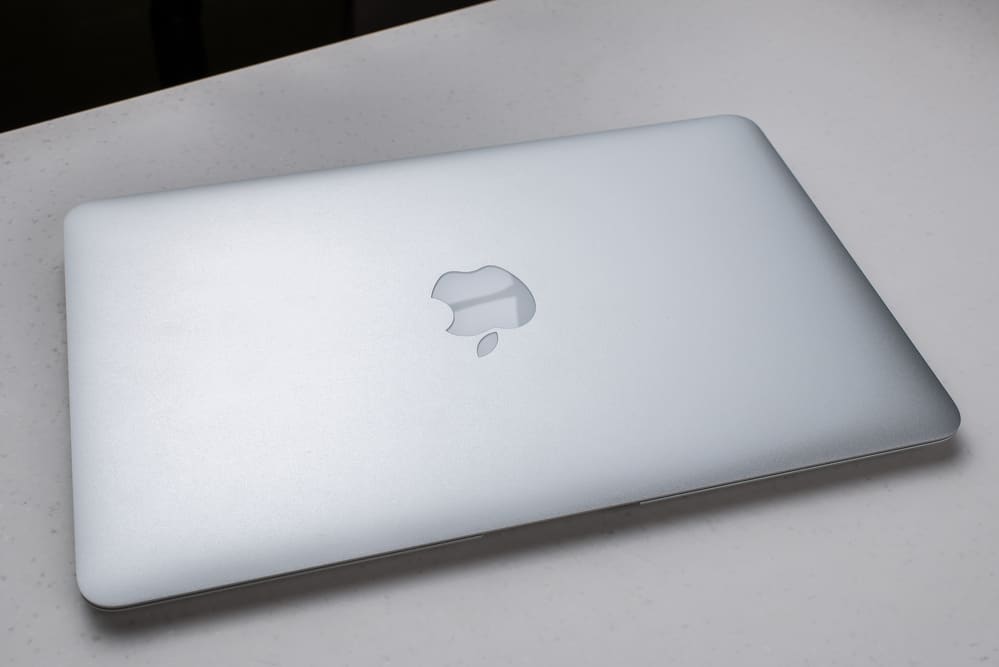 The total lifespan of a MacBook Air goes beyond the physical ability to run and perform operations.

The usefulness and security of the notebook also play a role.

An older MacBook may run perfectly fine, but if it is unable to perform the actions you want it to do, is it really lasting? 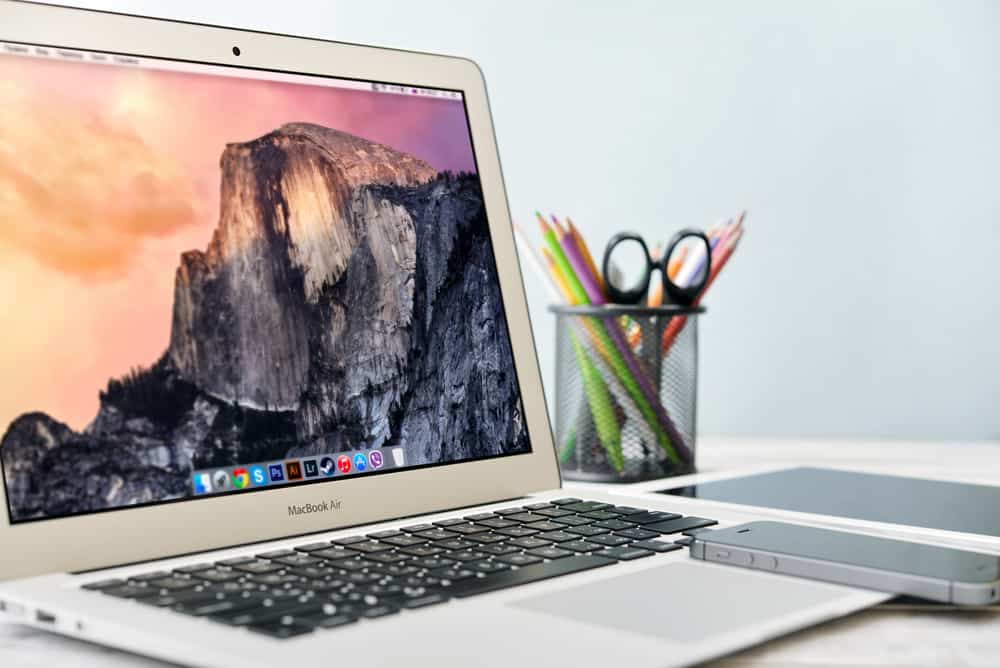 The battery on a MacBook Air 2010 and later is designed to hold 80% of its charge up to 1,000 cycles before it starts to significantly decline.

It may take seven or more years for a light Air user to reach 1,000 cycles, while that same cycle count for a heavy user could be reached in two or three years.

A cycle is full draining the battery and recharging back to full.

Don’t let this definition deceive you, though.

A cycle does not have to be in one sitting.

This would equal one full cycle.

To check your cycle number on your MacBook Air, hold the option key and click the Apple sign on the keyboard.

This will display the Battery Information.

The cycle count is listed at the bottom under Health Information.

If you find that the battery on your MacBook Air is dying, then you do have the option to replace it.

A new battery from Apple will set you back $129 if the MacBook Air is out of warranty. 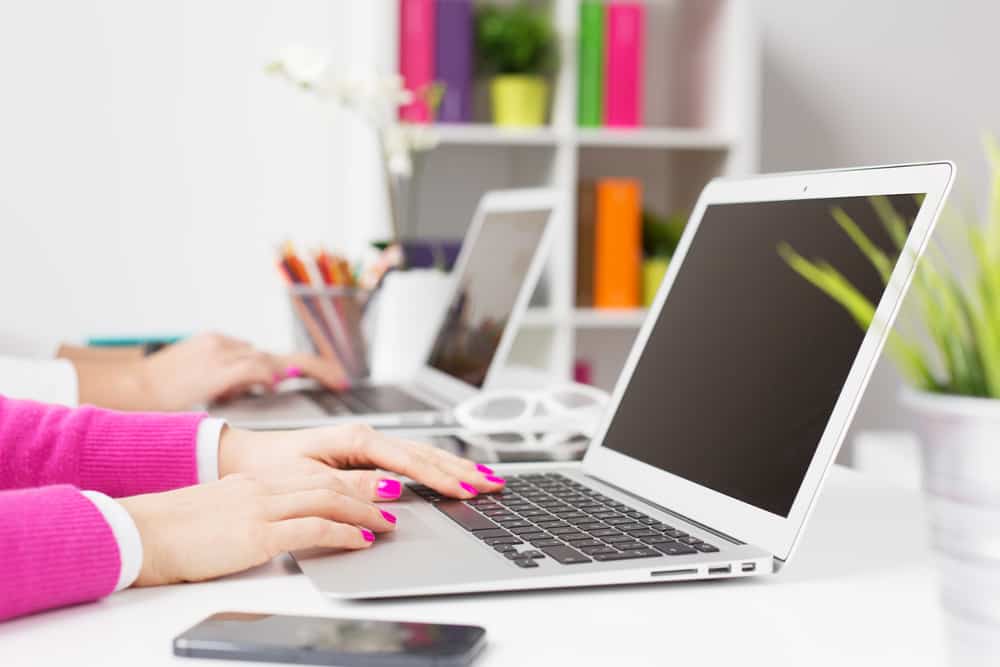 One of the MacBook Air’s selling points is the compact and lightweight design of the device.

To achieve this, Apple has taken some liberties with the internal structure of the notebook.

The RAM and SSD are soldered into place.

This prevents the removal of the RAM or SSD, making the MacBook Air non-upgradable.

When choosing your MacBook Air, Apple does, however, give you the option to upgrade the RAM and SSD from the base model in tiers, up to the highest available RAM and SSD.

This, of course, comes at a significant additional cost.

However, if you are planning on using the MacBook Air for years to come or if you know that you will be using the device heavily, it may be worth the additional initial output.

As technology develops, companies such as Apple continue to refine and update their operating systems or OSes.

The OS manages all the resources of a computer including all hardware, software, and applications.

The OS is the central nervous system of a computer.

As new versions of operating systems are released, the older versions are no longer supported.

No longer supported means that the developer, in this case, Apple, no longer will release updates or patches for the outdated OS.

This lack of support can lead to vulnerabilities in the system as well as unsupported applications and services.

Currently, Apple supports the three latest versions of its operating system which are Monterey 12, Big Sur 11, and Catalina 10.15.

To view the version of the OS that is running on your MacBook Air, click the Apple icon in the corner of the screen and choose About this Mac.

This will display the name of the OS as well as the version number.

You may be wondering why you can’t just update the operating system on your old device to a new, supported version.

Apple releases a new version of its operating system usually once a year in October.

The new release will be compatible with an upgrade with specific previous versions.

Apple does not make the newest version compatible with all previous versions due to the probability that a device that is running a significantly older version will not be able to handle the computational demand the newest OS will need as well as the programs and applications designed to work with the new OS. 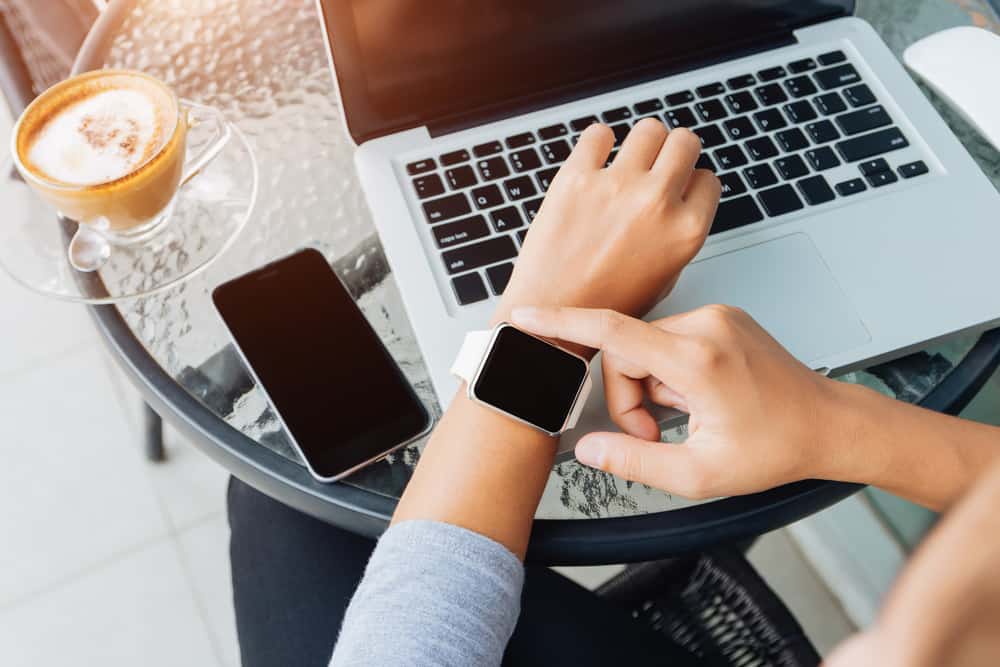 One of the glorious things about Apple products is the wide variety of products offered under the Apple umbrella such as desktops, laptops, smartwatches, and phones.

These products are all designed to allow synchronicity between devices, allowing the user to have all their data, apps, calendars, contacts, and more on whichever device they happen to be using at the time.

As a MacBook Air ages, it may no longer be compatible with newer Apple devices, resulting in a frustrating lack of synchronicity between components. 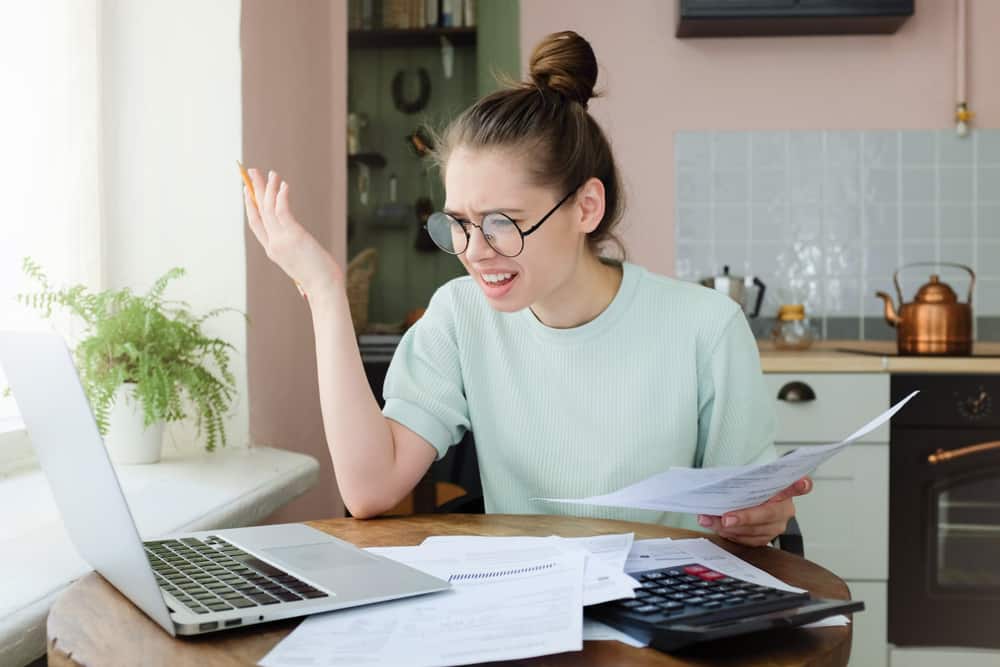 Applications, just like all other technology, advances at an alarming rate.

The amount of computing power needed to run some applications, programs, or games may be significant.

With an older MacBook Air, the amount of RAM or memory available may not be able to keep up with the stringent demands of newer applications.

This could result in lag or slowed applications and programs, so technically, the MacBook may be able to run the program, just not that well. 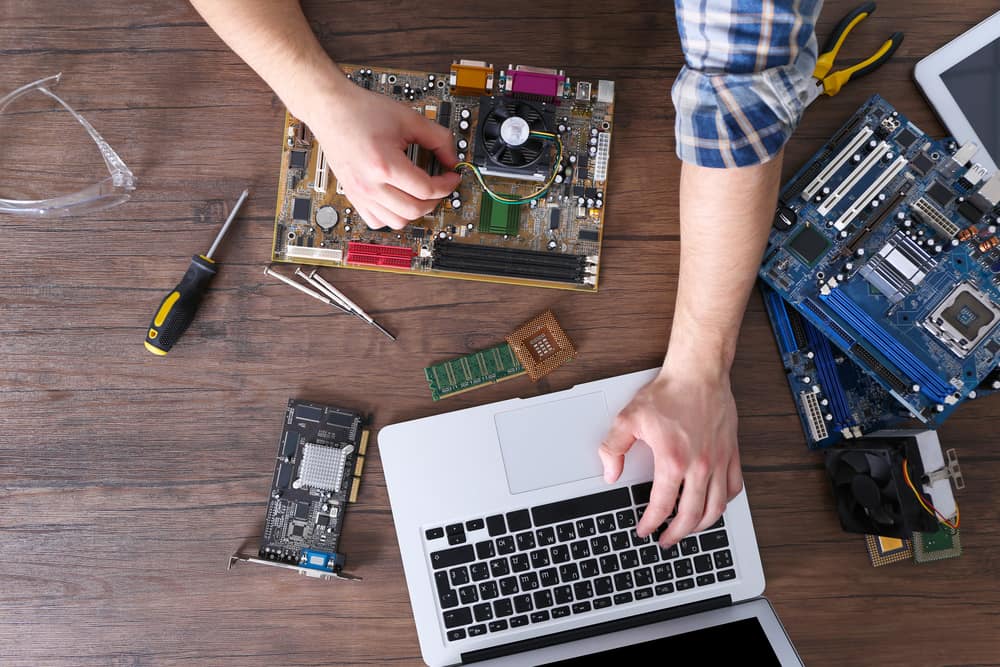 The cost of repair on an Apple device can be significant due to the way Apple has designed its products.

Apple products are designed to run most efficiently with Apple parts and may not be cross-compatible with third-party parts.

Also, work on an Apple product must be done by an accredited Apple technician, typically located at the Genius Bar in Apple stores, to retain any kind of warranty.

Apple does offer AppleCare Plus to defray the cost of repair on the MacBook Air.

The cost of AppleCare Plus on the latest MacBook Air M1 is $199 and extends the 90-day coverage of new devices out to three years.

It also allows for two damage replacements every year with a co-pay of $99 for screen damage and $299 for other damage.

However, even if you purchase this additional insurance on your MacBook Air, once the device passes three years, it is no longer covered.

The bottom line is that the MacBook Air may remain functional for anywhere between five and seven years with some lasting up to 10 years.

However, depending on the demands you put on the notebook, merely functional may not be enough to meet your needs.

Users with highly demanding computational needs will begin to feel the restrictions of the MacBook Air at around the four- to five-year mark while users who mainly surf the internet and check emails on their notebook may be completely satisfied with performance for seven years or more. 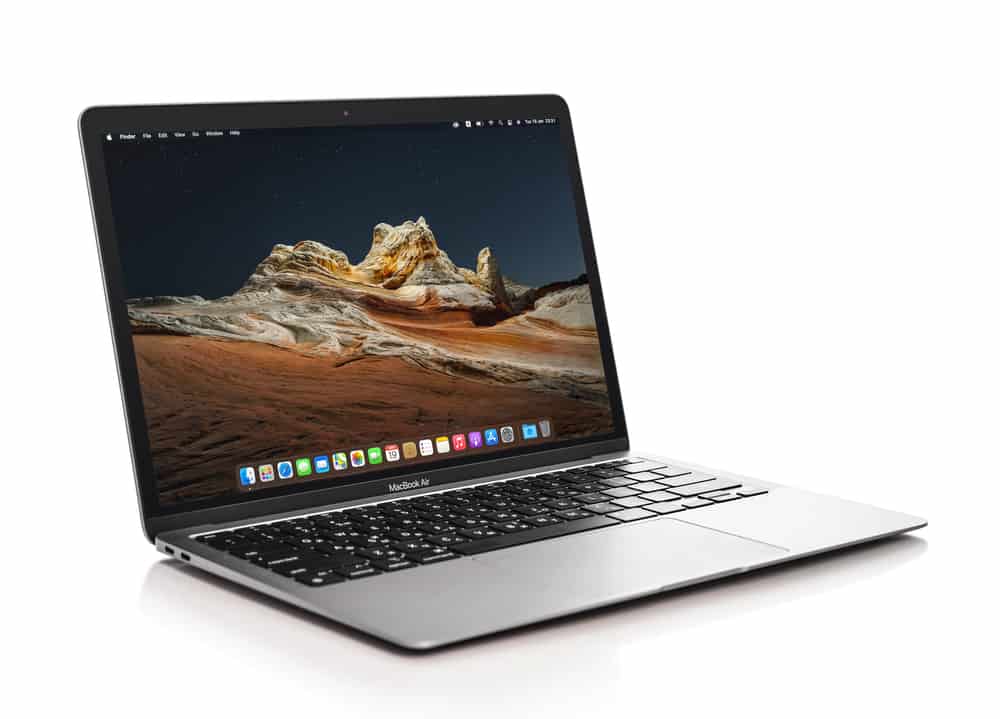 After reading this, you may be wondering: What exactly does the MacBook Air have to offer, and what are its shortcomings? 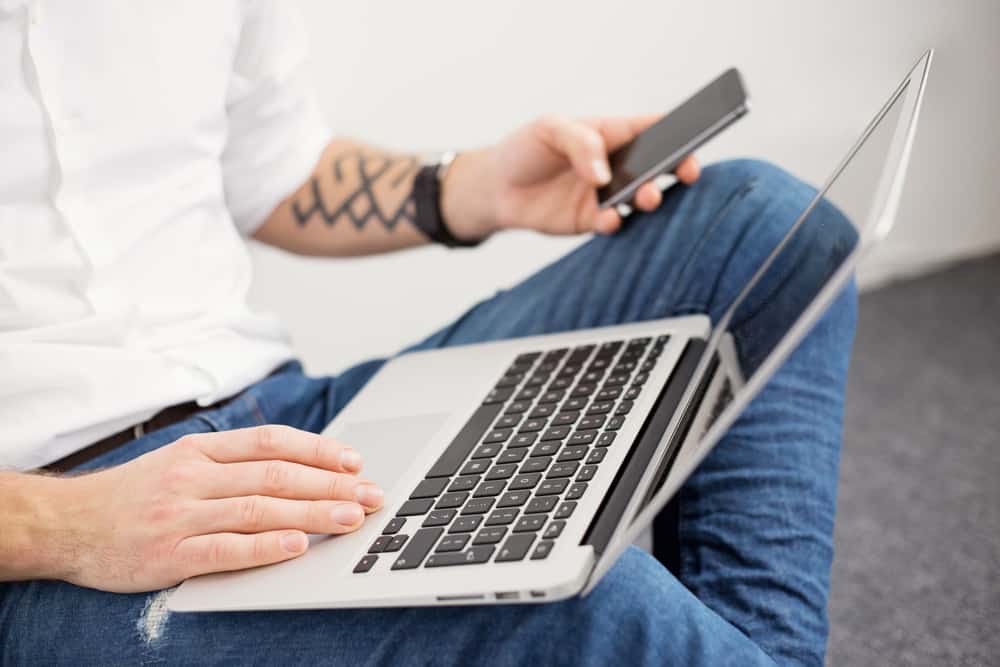 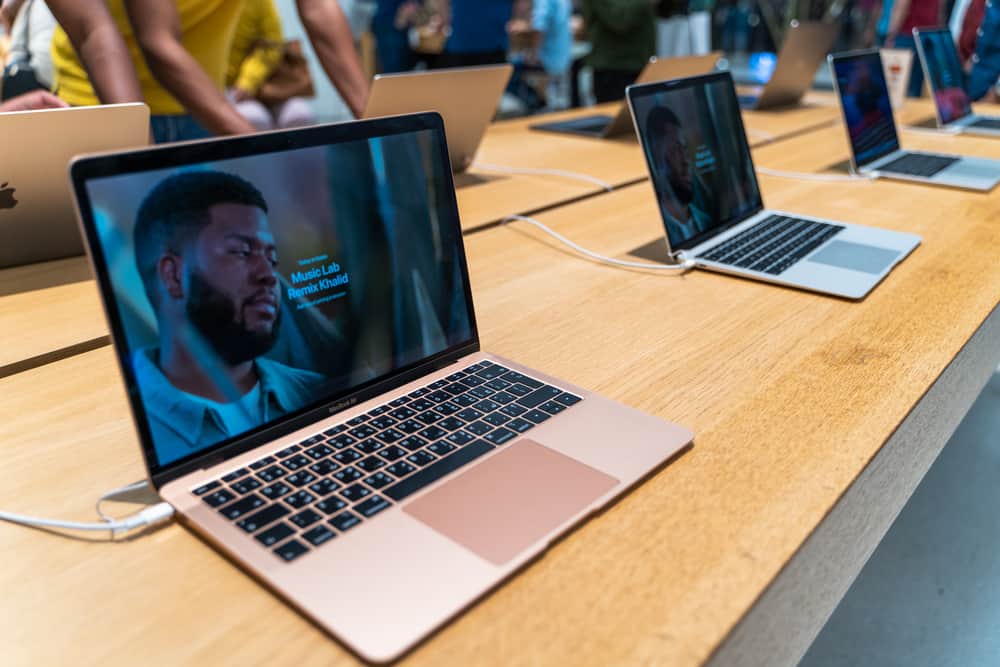 Why Get A Mac? 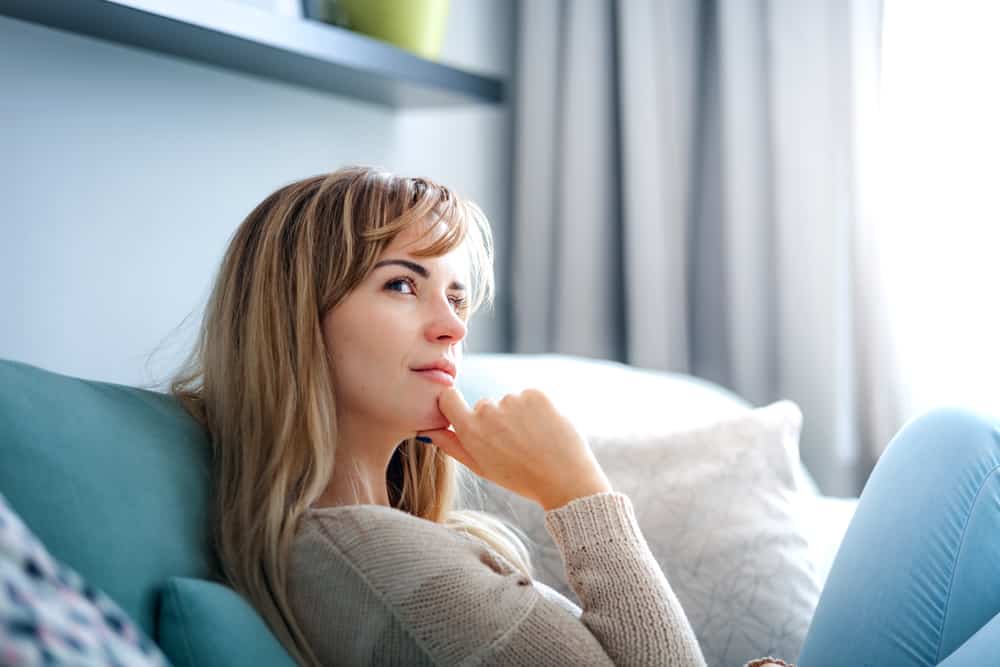 When considering buying a new notebook or laptop, you may face the dilemma of buying a Windows PC as you have always done or switching over to a Mac product to see what all the hype is about.

While which operating system is better will always be a matter of opinion, there are some standout qualities of a Mac that you might take into consideration.

If you are used to using a Windows device, this distinction may not be quite as clear until you get to know your new Mac.

Apple has designed all of its products to be intuitive and easy to use.

2. The Number Of Programs Is Limited

This statement may seem to be negative, but let me explain.

This limits the number of options that can be used on a Mac.

This is a good thing.

With PCs, the variety of products compatible with the OS is staggering.

This leads to too many choices for a task, many of which are not good products in the first place.

For example, you may try 10 different video-editing software programs on your PC before finally finding one that works efficiently.

With Apple, you only need to try a single program to achieve the same results.

Apple has a way of anticipating user needs and meeting them before the user knows they needed it in the first place.

3. Macs Are Targeted Less By Hackers

Malware such as viruses are a very common threat in the PC world.

This is because the majority of users use a Windows-based operating system.

This, in turn, encourages hackers to focus on Windows when creating new viruses and exploits.

With Mac taking up just 10% of user share, they offer a relatively small target scope for hackers.

This does not mean that you cannot be hacked or get infected with a virus or malware, it just means that there are not quite as many hackers actively attempting to bring down Apple systems.

While the initial payout to purchase a Mac will most likely be higher than if you purchase a PC, the value a Mac holds far exceeds the value of PCs.

When it comes time to upgrade your device, you will be able to resell your Mac for twice as much as you would a PC.

Apple is so secure in its products that it offers the best of both worlds, Mac OS and Windows OS.

The Mac product can be dual-booted to run both operating systems on the same device.

Apple even makes the process of dual-booting with Windows simple by offering Boot Camp, which is a program that will walk the user through the dual-booting process step by step. 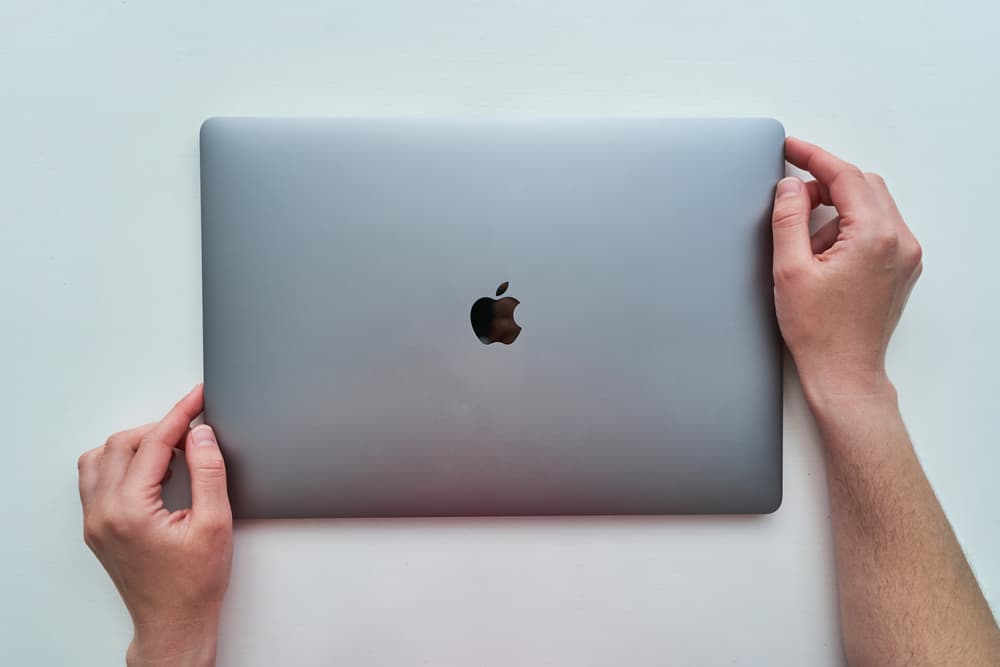 Mac makes upgrading to new versions of the OS simple and uncomplicated.

Users can upgrade at no additional cost, and the upgrade does not require registration for use.

Windows products often charge to switch to the newest operating system and require users to register all devices separately.

This adds cost and confusion.

Additionally, the fact that all Apple products work within a closed system without the intervention of third-party vendors means that, if a problem occurs with your Apple device, you can simply take it to an Apple store to get it fixed.

With PCs, there are so many companies producing the OS and additional hardware and software that it can be difficult to figure out where you need to go or whom you need to talk with to get your computer fixed.