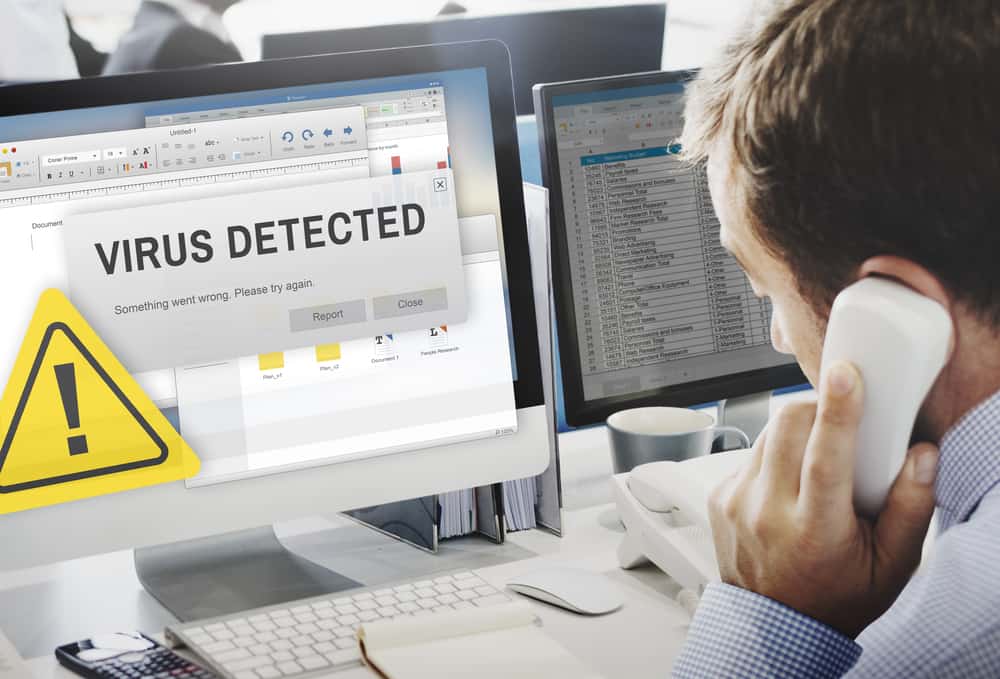 One day, you are browsing the internet and click on an innocent-looking link for the latest craze, and boom!

You have opened the door for a virus.

Now your computer is infected.

You realize that there are four other devices also connected to your home network and wonder.

Will they be infected with the virus also?

Can A Virus Spread Through A Network? 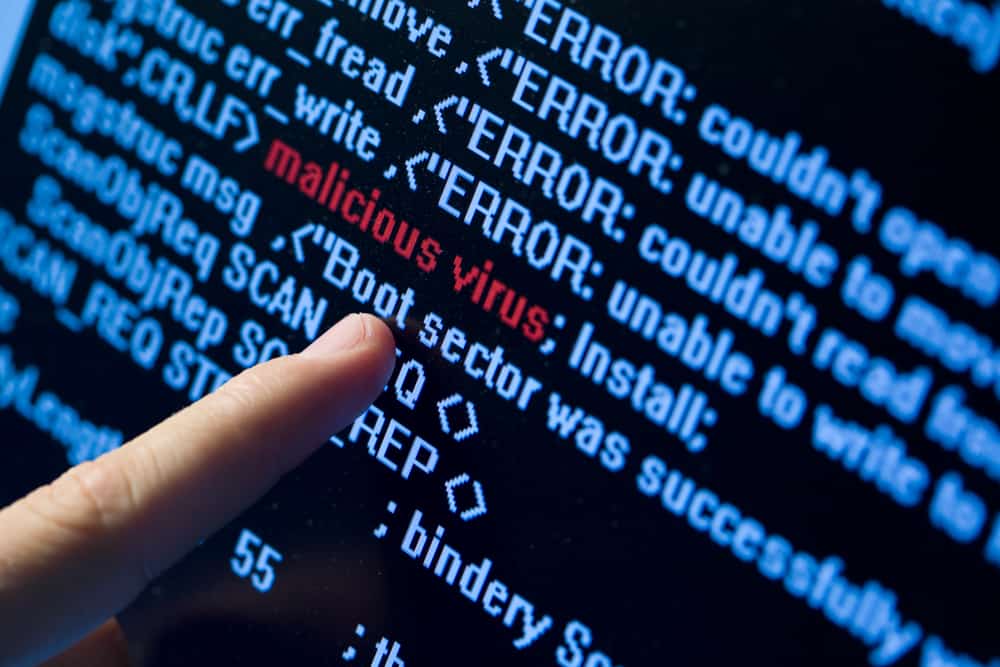 No, a virus cannot spread through a network without human intervention.

However, the word “virus” has become a type of generic term for something which makes your computer sick and is commonly used to include other types of malware, some of which can be spread through a network autonomously. 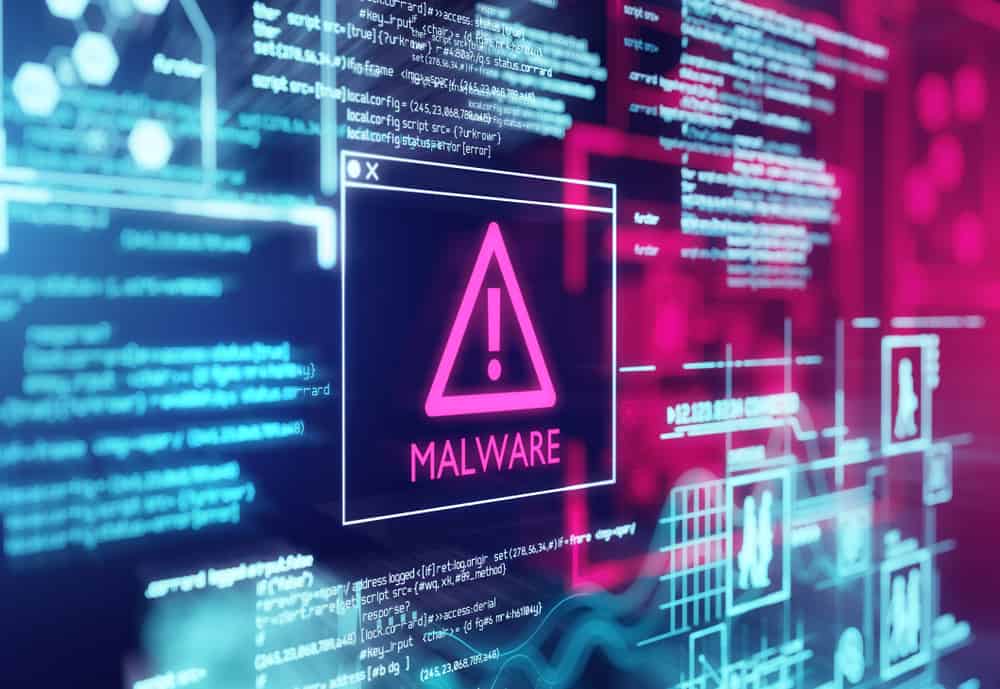 Malware is a general term used to describe any software designed to cause harm.

Software is just a fancy word for lines of code that are compiled to perform a function.

Malicious software is designed to disrupt the functionality of, steal information from, gain access to, or restrict access on the host device.

Malware can enter a system through emails, removable devices such as USBs or SD cards, hidden inside other programs, infected websites, or through other malware.

This type of malicious software comes in many forms, each with its own unique traits.

Virus: What Is It And How Does It Spread? 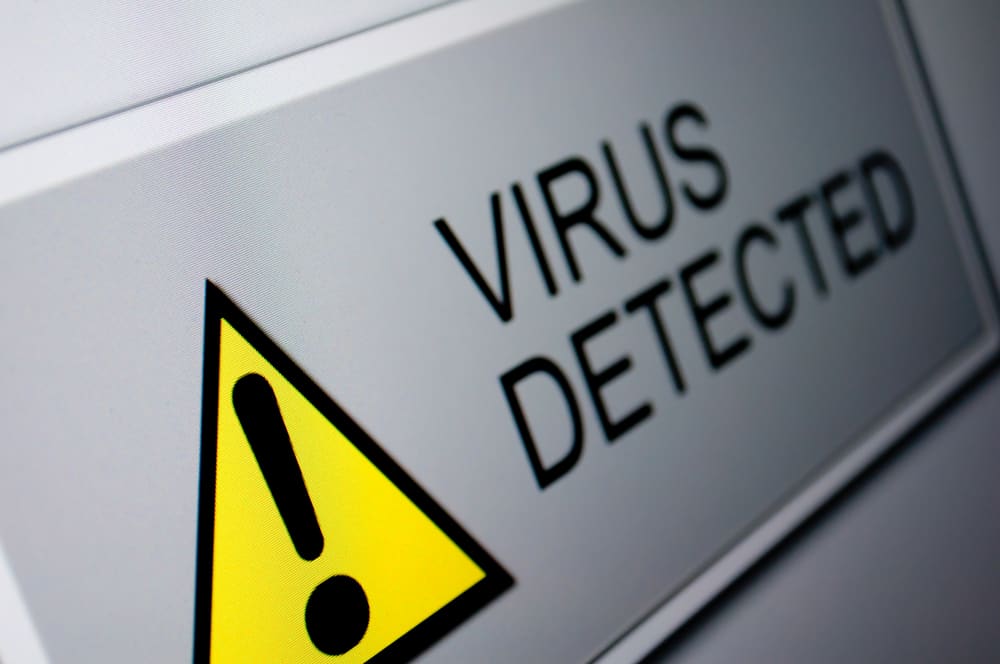 A virus is a malicious code that attaches to legitimate code for delivery.

Once delivered, it can spread throughout the infected device, replicating itself and infecting or attaching to other files on the infected system.

Each virus must have a host for delivery to the target device.

The key aspect of a virus is the method by which it infects a device.

A virus must have user intervention to infect a device.

This means that you must click on the infected portion of the program or file to activate the virus.

The virus must be let in.

It cannot get into the device on its own.

If the infected portion of the file is not activated, it cannot infect the host.

This property of a virus is the key reason why a virus cannot spread through a network autonomously.

How Can A Virus Spread Through A Network? 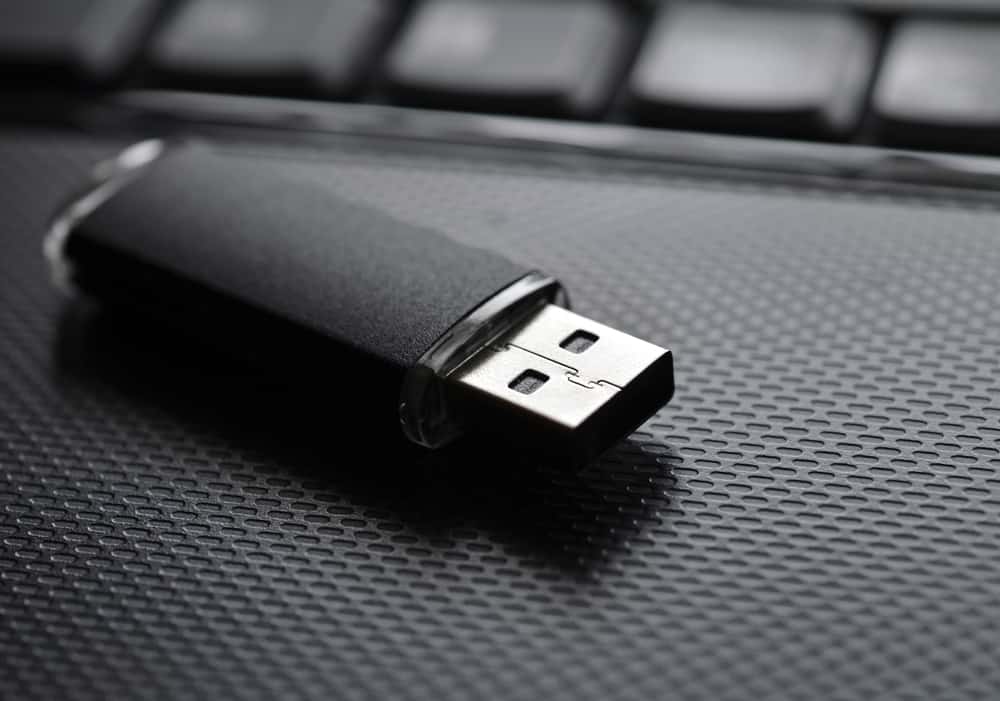 Now that we have established that a virus cannot spread on its own, how can a virus spread through a network?

Once a device is infected with a virus, the virus can replicate itself and attach to other files on the device.

However, even if the file or program is shared to other devices on the network, the new devices will not be infected until the virus is activated by user intervention such as opening the infected file or clicking on the link in the infected email.

Another way a virus can spread through the network is by attaching itself to a removable media device such as a USB memory stick.

The virus is now safely on the USB memory stick and will be downloaded to other devices when the USB is inserted and opened on a new device.

Worm: What Is It And How Does It Spread? 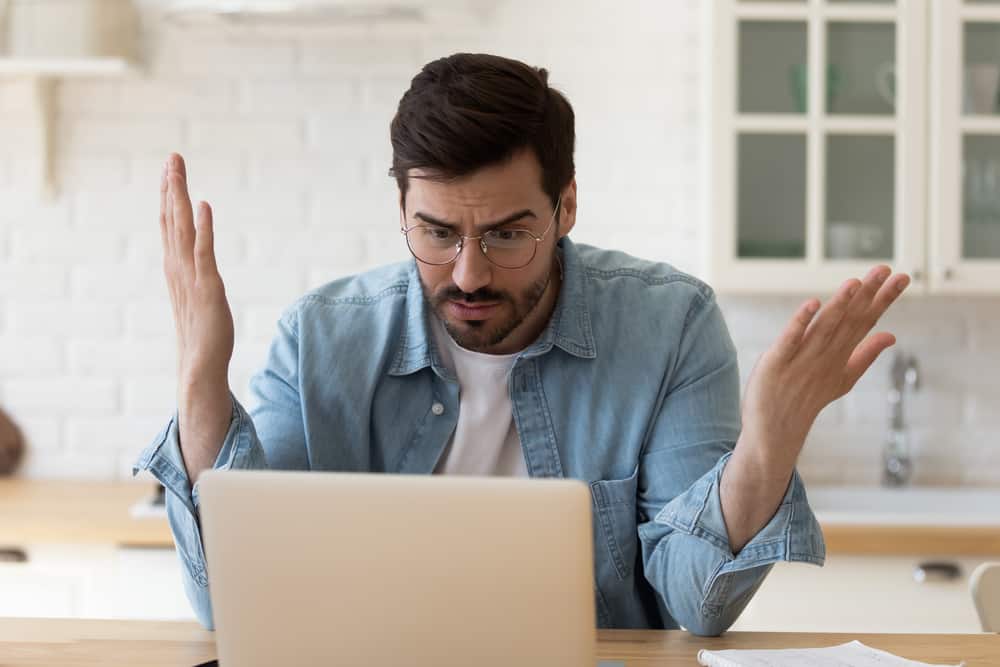 A worm is a form of malware that does not require a host to infect a system.

It can be controlled remotely, unlike a virus, and is designed to self-propagate and slow computer function, eat resources, send information out of the device, restrict access to files, or install other types of malware onto the victim machine.

The worm initially enters a device through the same channels as viruses through links, attachments, and infected websites.

Worms can also be directly fed into a system through vulnerabilities in the system itself by hackers.

A vulnerability is a weak spot in the software on the system.

Vulnerabilities can be used by hackers to gain access to a system.

How Can A Worm Spread Through A Network?

A worm can spread through a network autonomously.

Once a worm is introduced into a device on a network, it begins to seek out weak spots in the network by probing for accessible and vulnerable devices also on the network.

Unlike a virus, a worm can enter another device on a network without user intervention.

The worm is designed to seek out ways to enter connected devices and automatically infect those devices.

Through this method of probe and replicate, the worm can grow and infect an entire network by itself. 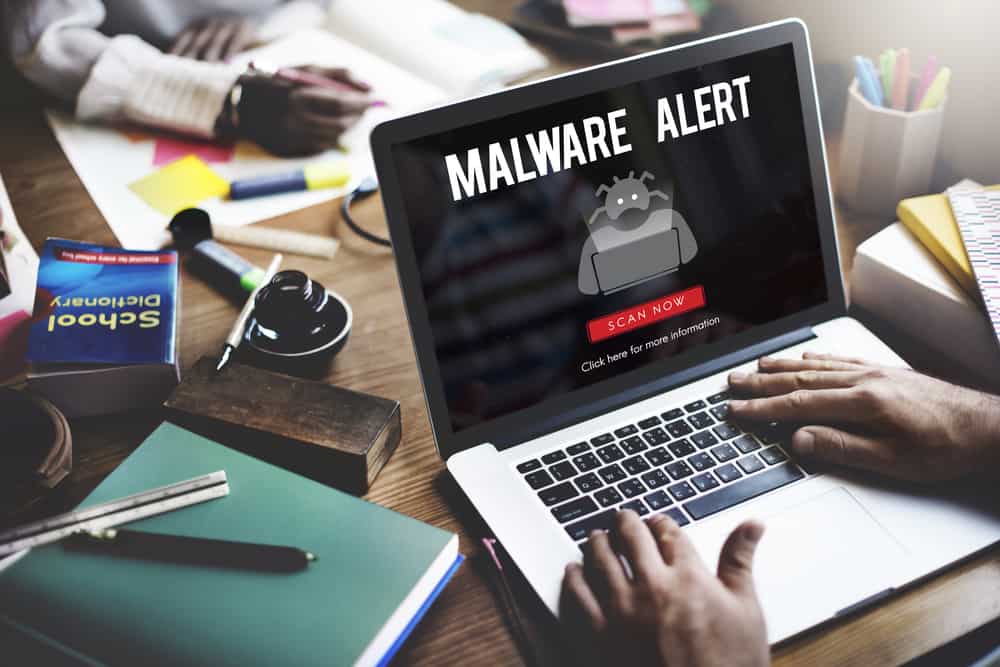 Malware can affect your device in numerous ways and may leave signs of infection. 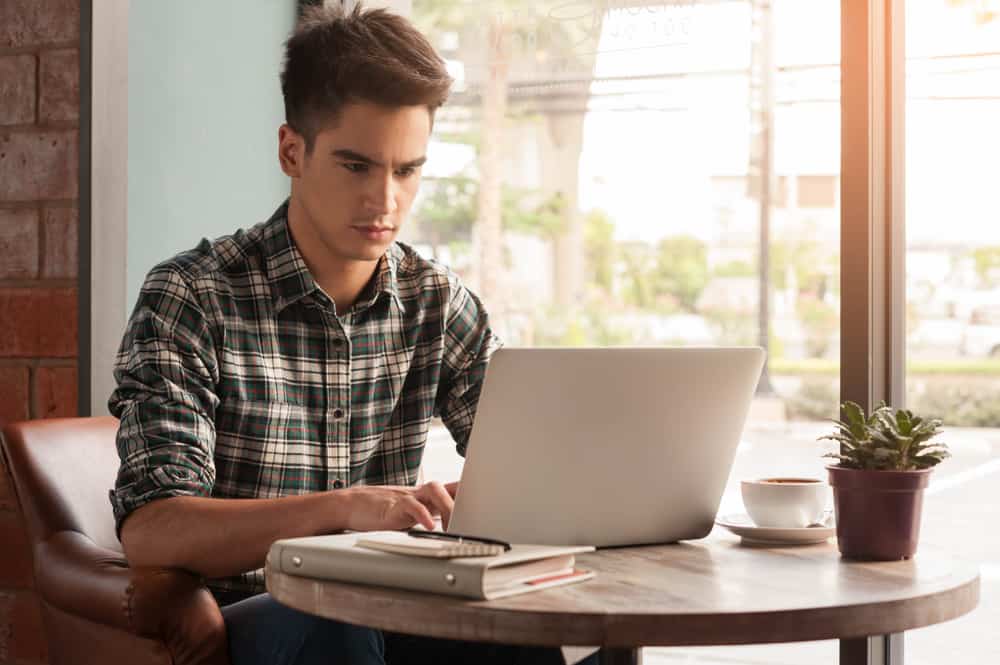 If you think your device may be infected with a virus or other malware, the first step to take is to disconnect your device from the internet and your network.

This will isolate the device to prevent spreading the malware to other devices on the network as well as prevent further loss of data or access to the system if it is communicating with another location.

Next, restart your computer in safe mode.

Safe mode allows only the programs necessary for system functionality to run, which will allow you to scan and delete suspicious files more easily.

Once in safe mode, run a full system scan using an antimalware program.

This will scan every bit of data on your system and identify any potential threats it finds.

The antimalware program will list the potential threats and give options of actions to take such as ignore, quarantine, or remove.

Another technique that you can try is to delete all the temporary files or cache from the device.

This may work if you catch the malware early enough.

If either of these methods does not remedy the situation, you can do a system restore to a known uninfected backup point.

The key to this process is to make sure that you are consistently backing up your device to prevent as little loss of information as possible.

If all these options are exhausted and the device is still infected, you may have to reinstall the operating system completely.

This can usually be done by restoring the device to factory condition.

This process essentially provides a clean slate for the device, removing all programs and software installed, including the malware, and only reinstalling the original factory settings. 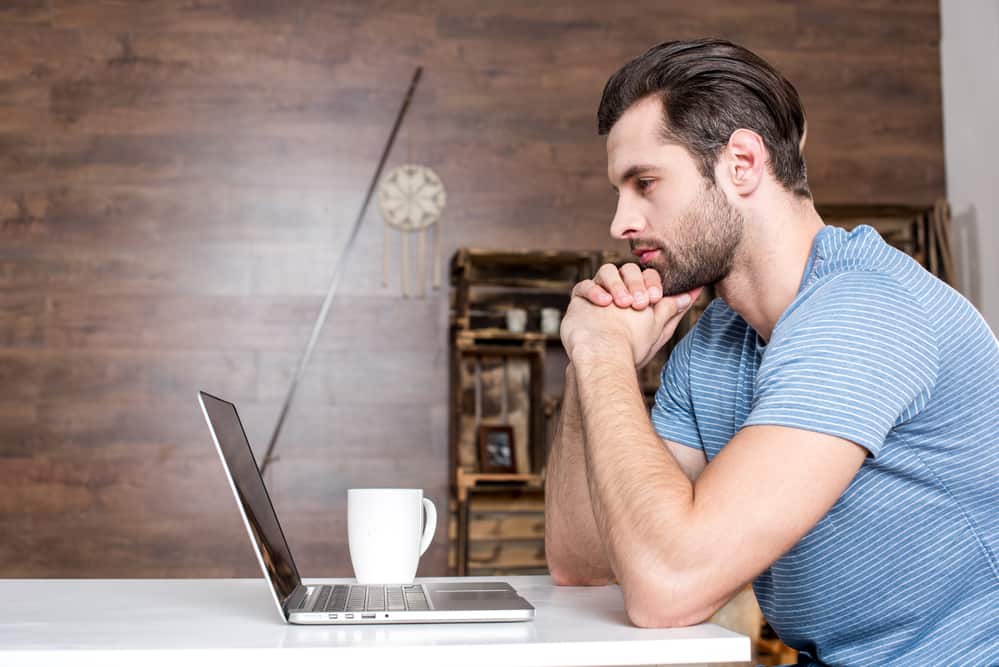 While there is no single definitive way to protect your device from malware, there are best practices that can be applied to reduce the likelihood of infection.

Previously, the majority of computer threats came in the form of viruses.

Due to this fact, software was developed to target the most common cause of computer sickness, the virus.

With the constant evolution of cyber threats, strictly signature-based protection such as antivirus software became inefficient at protecting against emerging threats since it had to be constantly updated to include the signatures of newly identified viruses.

However, today, most antivirus programs are designed to function like antimalware.

Antimalware is designed to prevent, detect, and remove all types of malware, including viruses.

Any known malware threats can be identified by their signature, or unique identifier, through signature-based detection just like traditional antivirus software used.

Known threat signatures are uploaded to extensive databases which antimalware software can use to identify these threats.

To identify zero-day, or unknown malware, heuristic-based techniques may be used.

Heuristic-based detection evaluates the behavior of software to decide if it is potential malware.

If a program is behaving suspiciously, it is flagged as malware.

AI/ML, or artificial intelligence/machine learning-based detection uses heuristic-based techniques but combines them with AI/ML to learn how your device as a whole behaves.

This constant learning enables antimalware to better predict which pieces of data are suspicious.

Sandboxing is the process of placing software into an enclosed environment to observe its behavior before allowing it into the main computer.

This is a way for the antimalware to test the validity of the program before allowing it access to the main computer environment.

Today, antivirus and antimalware software offered by reputable providers are fundamentally the same.

Antivirus software is no longer restricted to only virus detection but is designed to use the same methods of detection as antimalware uses to detect, prevent, and eliminate malware.

The term antivirus, however, has continued to be used over antimalware due to the familiarity the general public has with the term virus.

Just like the question, can a virus spread through the network, it is a matter of semantics.

Virus and antivirus have become the accepted blanket terms for computer infection and prevention, even though malware and antimalware are actually more appropriate terms.

“11 Types of Malware + Examples That You Should Know.” Crowdstrike.Com, https://www.crowdstrike.com/cybersecurity-101/malware/types-of-malware/. Accessed 29 Jan. 2022.

How to Remove Malware from a Mac or PC. https://us.norton.com/internetsecurity-malware-how-to-remove-malware.html. Accessed 29 Jan. 2022.

What Is A Computer Virus? https://us.norton.com/internetsecurity-malware-what-is-a-computer-virus.html. Accessed 28 Jan. 2022.

What Is Anti-Malware Software and How Does It Work? https://www.acronis.com/en-us/articles/anti-malware-software/. Accessed 29 Jan. 2022.

Can A Virus Spread Through A Network? (Explained)