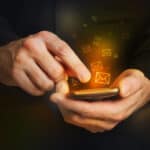 Text messaging is one of the top ways to communicate with your loved ones or coworkers. You can do it by sending a standard text or using an app such as WhatsApp, iMessage, and much more. However, remember that your recipient may not always receive the text. Sometimes, the message may not be delivered to the other person for multiple reasons. The good news … END_OF_DOCUMENT_TOKEN_TO_BE_REPLACED 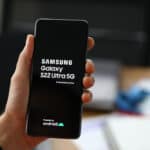 Samsung phones have always competed with Apple iPhones but Samsung and LG phones are becoming increasingly competitive as well. When it comes to smartphones, most users are torn between Apple phones and Android. In the Android space, LG and Samsung are the most commonly available brands. While Samsung may have a bigger market share, LG also competes well in … END_OF_DOCUMENT_TOKEN_TO_BE_REPLACED 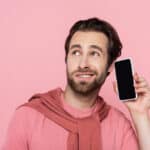 In this digital era, surviving without a phone is difficult for most people. After all, it makes communication easy and allows you to pass the time during boring events. However, sometimes your device may start talking to you. If you have been curious about this behavior, your search ends here. Below is everything you need to know about why your phone may … END_OF_DOCUMENT_TOKEN_TO_BE_REPLACED

Do you ever get that feeling that something just isn’t right, like when you’re trying to call someone, and your phone says “restricted?” Well, you’re not alone. This is a problem that many people experience. It can be frustrating when you can’t get in touch with the person you need to talk to. Luckily, there are a few things that you can do to try and fix … END_OF_DOCUMENT_TOKEN_TO_BE_REPLACED 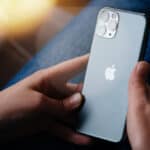 Creating a backup of your iPhone data is important to avoid data loss. Because of iPhone’s rigorous security features, though, backing data can be quite time-consuming. However, the time-consuming aspect of backing up data is not always because of iPhone’s security. There can be other contributing factors to it as well.   How Long Does It Take To … END_OF_DOCUMENT_TOKEN_TO_BE_REPLACED