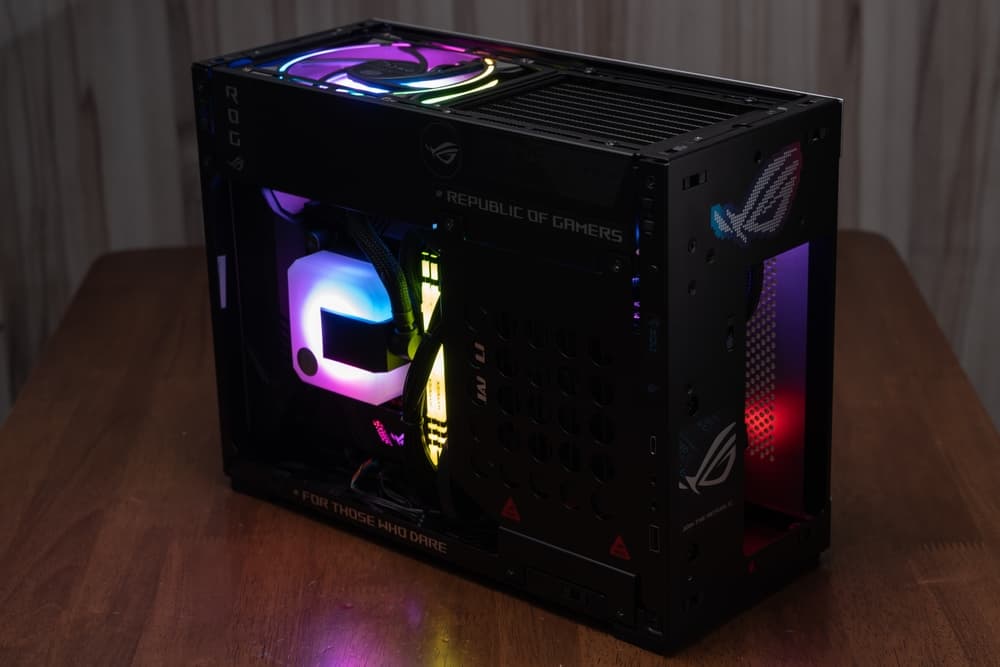 Computer hardware is so confusing!

There are all sorts of acronyms and strange words you can’t even find in a dictionary.

What do all those words mean?

What does it mean when someone asks you about your PC’s “specs?”

That’s what we’re here to answer.

We’ll tell you all about computer specs, how to find them, and why you need them.

What Does Specs Mean For A PC? 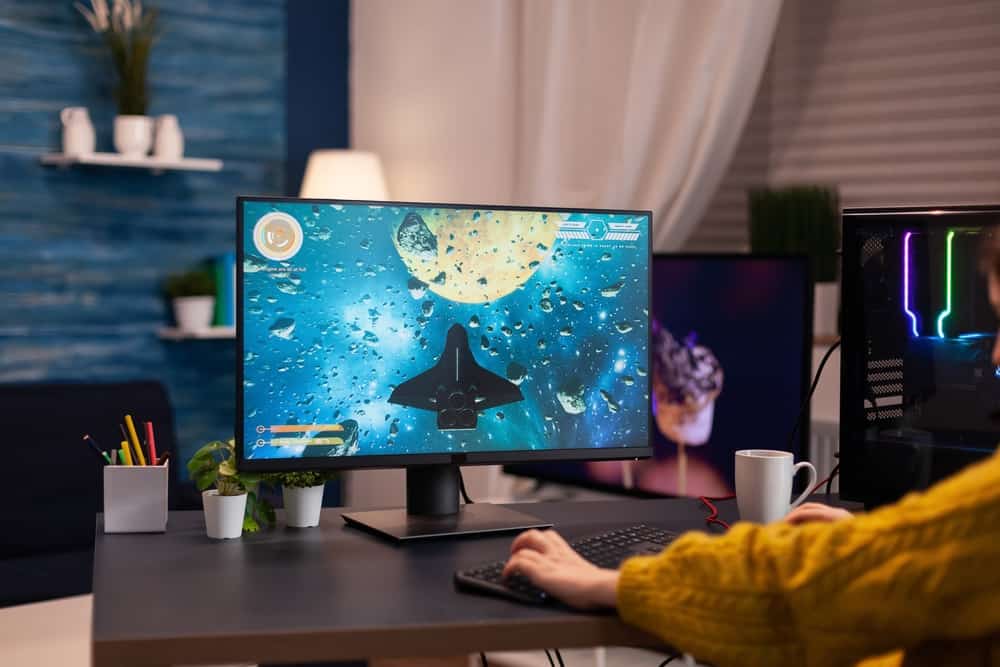 Short for specifications, specs is an umbrella term that refers to the model, capacity, and capabilities of the main hardware in your PC: CPU, graphics card, RAM, and storage.

Each component is described using different numbers and acronyms, but the most common ones are:

The next time someone asks you about your PC’s specs, you should give them these details.

Of course, computer components are much more nuanced.

Below, we’ll dive deeper into your PC’s components and consider the specs you should know about each one. 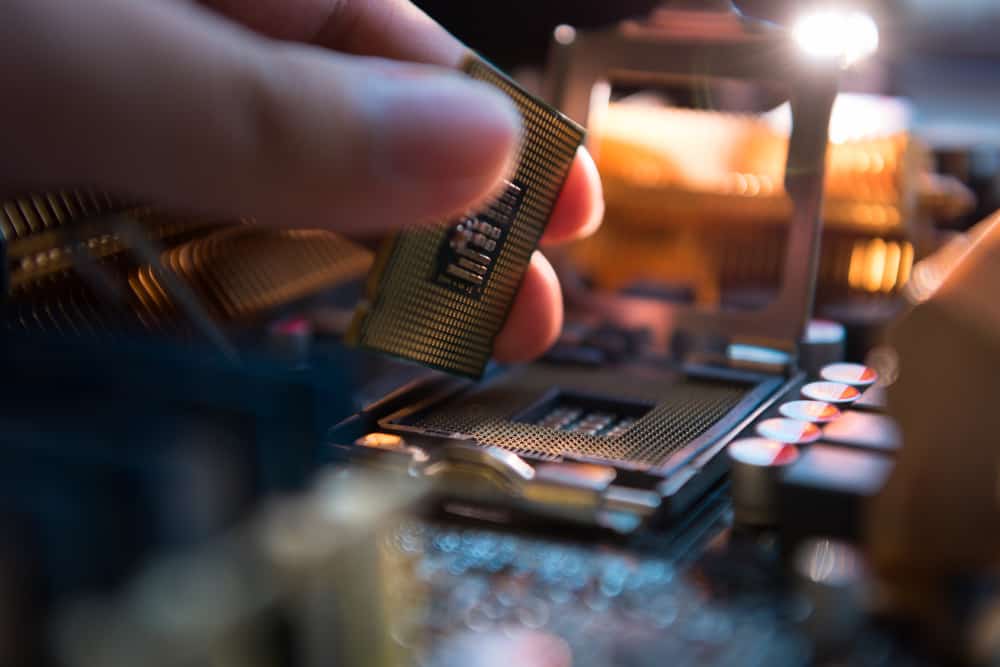 The CPU is the component in your PC that manipulates the ones and zeros.

Everything you do on your computer goes through the CPU, and that’s why the CPU is the most crucial part of your PC.

A CPU’s clock speed refers to the number of operations it can perform in one second, expressed in gigahertz.

A CPU with 3.9 GHz can perform 3.9 billion operations in one second.

Some CPUs are overclockable, meaning you can set them to run at higher clock speeds than usual.

Therefore, a CPU with a 5 GHz turbo can perform up to 5 billion operations per second if you overclock it, but it runs at a lower clock speed in normal conditions.

Your CPU isn’t a monolithic structure.

Instead, it consists of a few components known as cores.

Each core is independent and works on a single task.

Modern CPUs have two types of cores: performance and efficiency.

Therefore, they’re more appropriate for intensive tasks, such as gaming and video editing.

On the other hand, efficiency cores are better for routine tasks, like web browsing and word processing.

These cores are slower but consume less energy and generate less heat.

Your computer automatically distributes the workload between different cores to optimize performance, power consumption, and heat.

CPU manufacturers are obsessed with performing tasks in parallel because it increases the computer’s overall performance by multiple folds.

The concept is relatively intuitive.

If you divide a task’s operation into two parts and perform them in parallel, completing the task will take almost half as long.

That’s what threads are for.

Each CPU core can have a maximum of two threads, so an eight-core CPU can have up to 16 threads, meaning it can perform 16 lines of calculations at any instance.

However, designers may decide to include single-thread cores in their CPUs to optimize performance.

The cache is a small memory component on the physical CPU chip that stores the most relevant data that your cores need to operate.

There are three levels of CPU cache, aptly called L1, L2, and L3.

As they become larger, they also become slower.

However, remember that a larger cache isn’t always better because it reduces performance.

There are only two CPU manufacturers in the world: AMD and Intel.

Neither company is better than the other.

However, they use different conventions to name their CPU models.

Intel has been offering the Core i3, i5, i7, and i9 products as its consumer-grade CPUs for many years.

The CPUs become progressively more powerful as the number goes up.

A Core i5 is more powerful than a Core i3, and the Core i9 is the most powerful.

So far, the lineup has gone through 12 generations, indicated as the first part of the model number.

Finally, the model may have a product line suffix, which indicates its prominent characteristics.

As with any product, there are some naming inconsistencies across generations.

If you’re interested in learning more, we recommend Intel’s guide to processor names and numbers.

AMD’s models are much more confusing.

Since 2016, the company has been using the Ryzen name for its consumer-grade products, and there have been four generations.

Corresponding with Intel’s naming, AMD uses Ryzen 3, 5, 7, and 9 for the lineup.

Although the products get progressively more powerful, they may not precisely match Intel’s products in terms of capability.

For instance, a specific Ryzen 3 model may be better than a particular Core i3, while another may be worse.

To add to the confusion, AMD uses a series name for its CPU generations, but the numbers aren’t consistent: 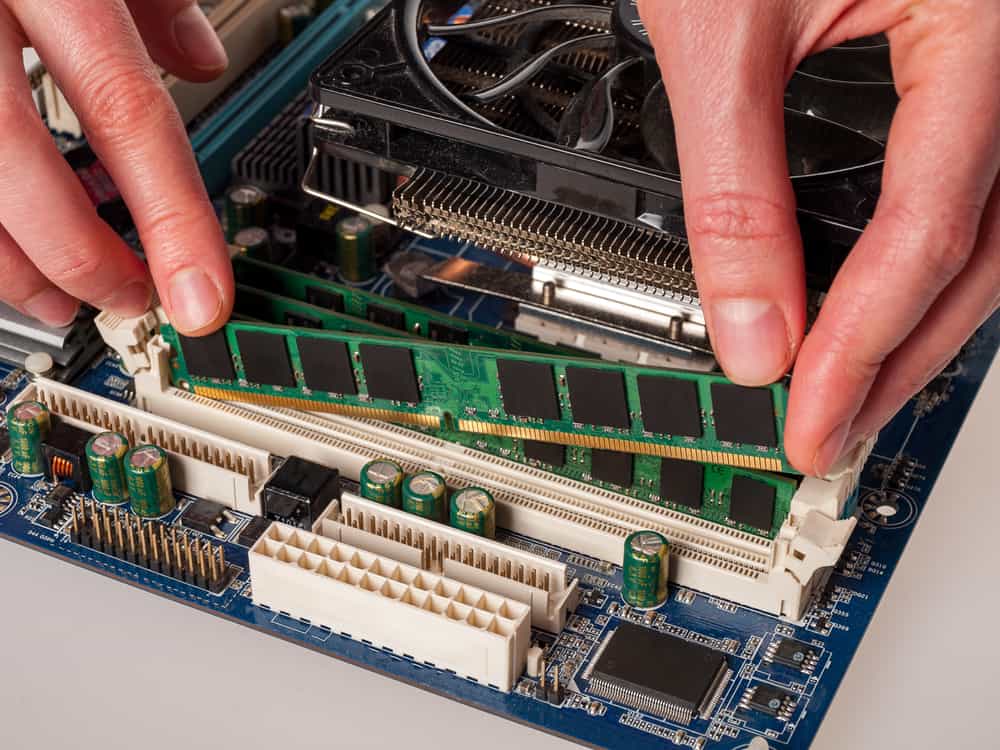 RAM is the temporary memory that stores your open programs and critical operating system components.

For example, when you open a tab on Chrome, the website data gets stored on your RAM.

The most obvious spec about RAM is its capacity.

The more you have, the better.

Next, you have to know about RAM generations.

Each generation of DDR is faster and offers better performance, but unfortunately, none of the generations are cross-compatible.

That means you can’t install DDR4 RAM on a computer that works with DDR5 and vice versa.

Therefore, you need to know which RAM generation your motherboard supports.

Although RAM seems like a simple component if you want to get technical, there are many other specs to know: 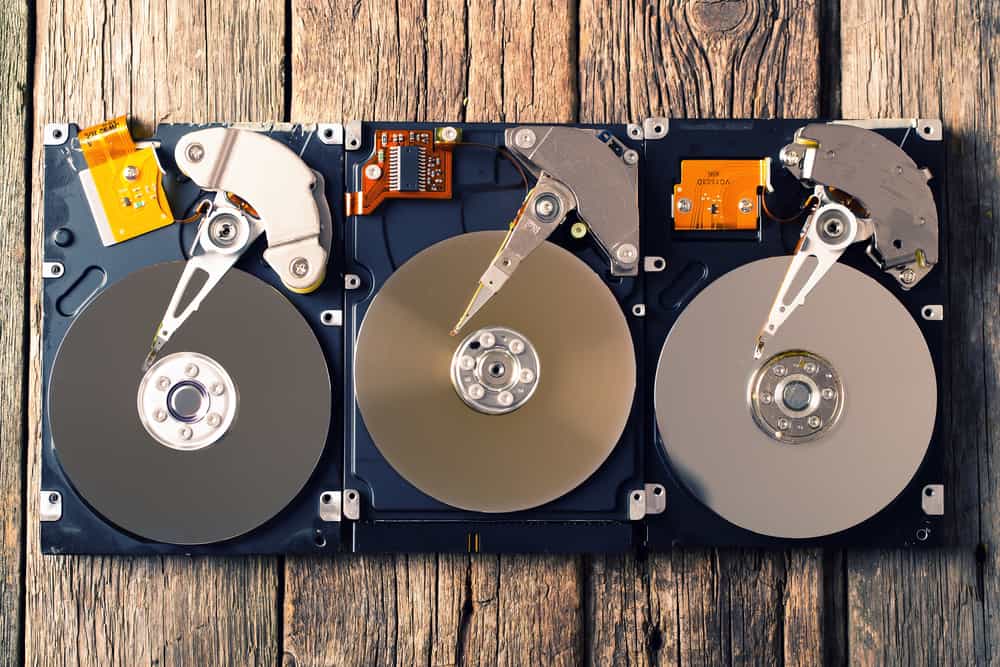 Unlike RAM, the data on your permanent storage doesn’t get wiped when you turn off your computer or the power goes out.

In the 2000s and 2010s, the most common computer storage for consumers was the hard disk drive (HDD), the mechanical component that stores information on rotating disks.

However, modern computers usually use a combination of SSDs (Solid State Drives) and hard disk drives to store information.

That’s why many people use an SSD as their boot drive to store their operating system and programs while using a hard drive for games, videos, and pictures.

In addition to capacity, the most important spec you need to know about an SSD is the interface, the type of port it uses to connect to your motherboard.

Older SSDs use the SATA connection, whereas newer NVME models use an M.2 connection and attach directly to the motherboard.

These models are also significantly smaller, the size of a stick of gum. 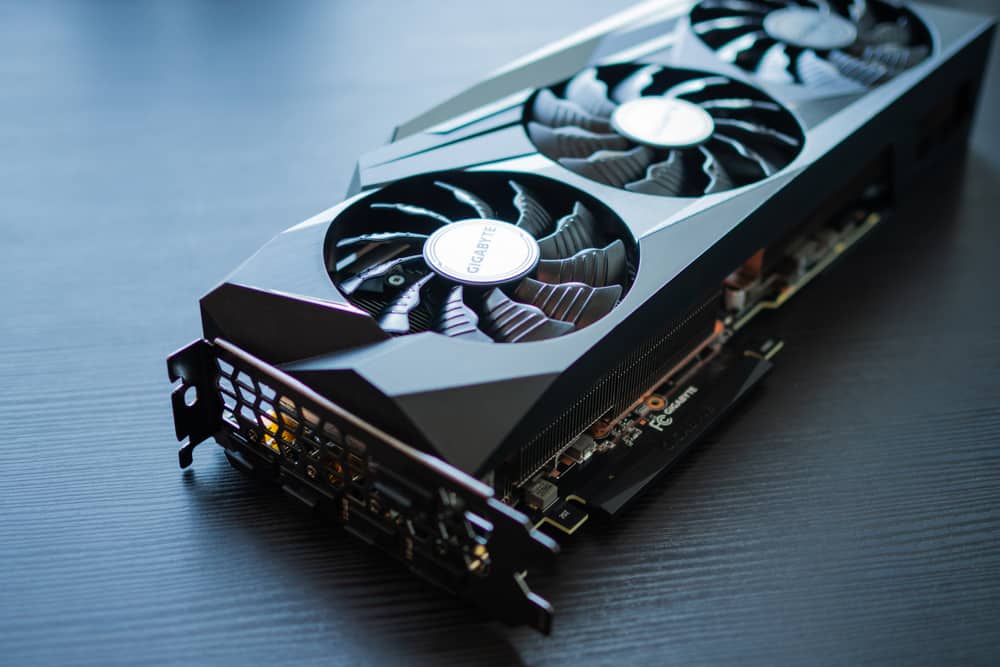 Your computer can turn on without a graphics card.

Depending on your CPU, it may even work completely fine because some CPUs have integrated GPUs that eliminate the need for a dedicated graphics card if you don’t want to play games or edit videos.

The GPU is the chip that renders the pictures on your display.

The graphics card is the physical component that houses the GPU and connects to your motherboard.

The GPU model is the most important graphical specification of a PC.

Like CPUs, only two companies build GPUs: Nvidia and AMD (under the Radeon brand).

However, many companies build graphics cards because they’re relatively easy to make, while GPUs are highly complex and require vast knowledge.

You can see graphics cards from ASUS, MSI, EVGA, and other companies featuring the same GPU.

They care about the GPU manufacturer.

A graphics card featuring an Nvidia RTX 3080 would be called an RTX 3080, regardless of the company that built the physical card.

In addition to the GPU model, the amount of memory dedicated to the GPU (aka, VRAM) is also essential. 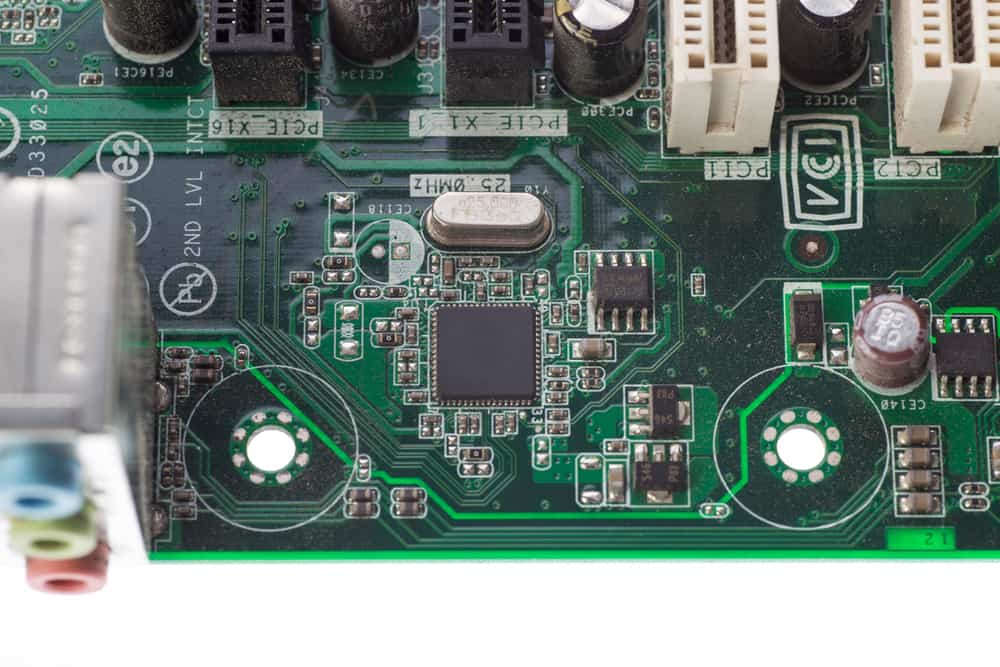 In addition to the four primary components discussed above, it sometimes helps to know the specs for the parts in your PC.

We’ll go over a few useful items you should know:

The motherboard is the hub that connects all your PC parts and allows them to communicate.

You need to know your motherboard’s socket type because AMD and Intel CPUs use incompatible sockets.

The two companies may even change their socket types across CPU generations.

Therefore, you need to know which socket your motherboard supports.

If you want to get technical, you can also check the chipset model, BIOS version, and the voltage regulator modules (VRM) of your motherboard.

The PSU converts 110 or 220-volt power from the grid to 12-volt electricity that your computer parts can use.

The first spec you need to know about a PSU is its power capacity, expressed in watts.

The number indicates the total number of watts your PSU can supply to your PC parts, including the motherboard and graphics card.

You should also know your PSU’s efficiency rating.

If your PSU comes with an 80 Plus sticker, it converts at least 80 percent of the power it draws from the wall.

80 Plus Gold, Platinum, and Titanium offer over 90 percent efficiency.

Finally, you should know if your PSU is modular.

These PSUs come with separate cables that you can attach to different components per your needs.

Since they’re usually higher-end, they also have better efficiency ratings.

Your PC generates heat—probably more than you think.

That’s why you have a heatsink and fan on top of your CPU, a fan in your PSU, and at least one more fan inside your case.

It helps to know the fans’ speeds and bearing types of those fans.

Sleeve bearings are the least durable, while ball bearings and maglev are the strongest.

If you have a water-cooled system, you should know the pump’s flow rate and maximum pressure.

You should also know what type of liquid is in your system if you don’t use regular distilled water.

How To Check Your PC Specs 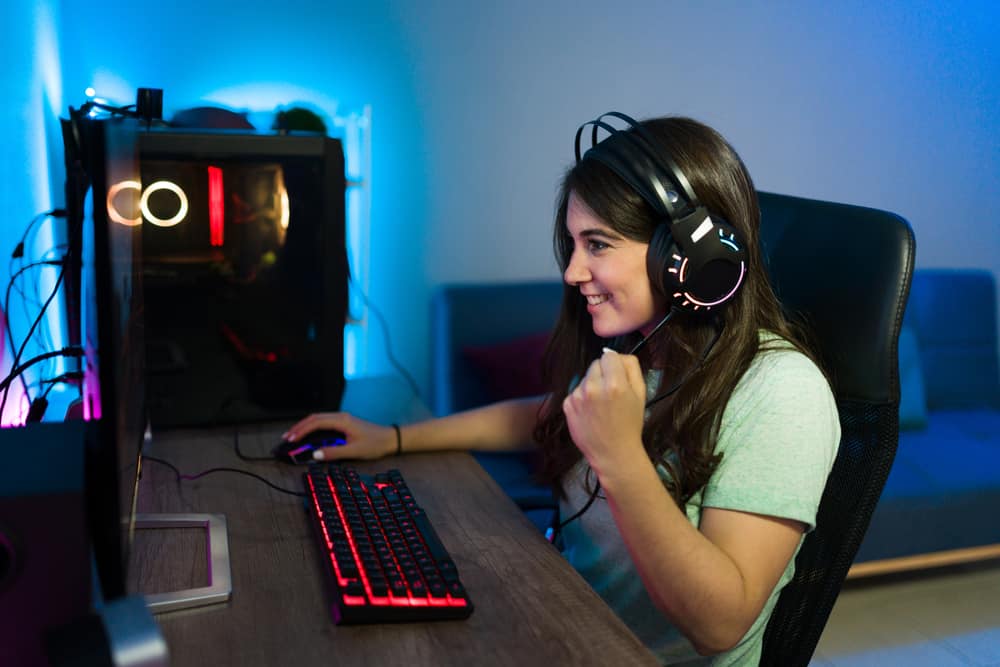 There’s no single way to check all your computer specs in one place.

Different tools give you various pieces of information.

We’ll cover some of the best ways below.

This is the easiest way to find your PC’s CPU and RAM specs.

It tells you the exact model and clock rate of your CPU as well as how much RAM you have installed.

Here’s how to see this information in Windows 10:

If you need more computer specs, Windows comes with a built-in utility that tells you about your CPU, RAM, motherboard, and GPU.

To access the tool on Windows 10, open your Start Menu and search for System Information.

The utility gives you loads of information about all your system parts, but interpreting most of the data requires some technical knowledge.

If you’re looking for a way to see almost everything installed on your PC without opening the case, you use tools that aren’t available on Windows by default.

We recommend CPU-Z and HwInfo.

The former gives you an overview of all your specs, whereas the latter provides technical information and monitoring capabilities.

There are also component-specific tools.

For example, CrystalDiskInfo is designed to tell you about your storage’s specs and health.

Sometimes, the easiest way is to read the details on the product packaging or the user manual.

Chances are you’ll find all the information you need.

If you can’t access a component’s box, open your case and check the label to find the model.

Then search online to find the product’s specs.

Why Do You Need To Know Your PC Specs? 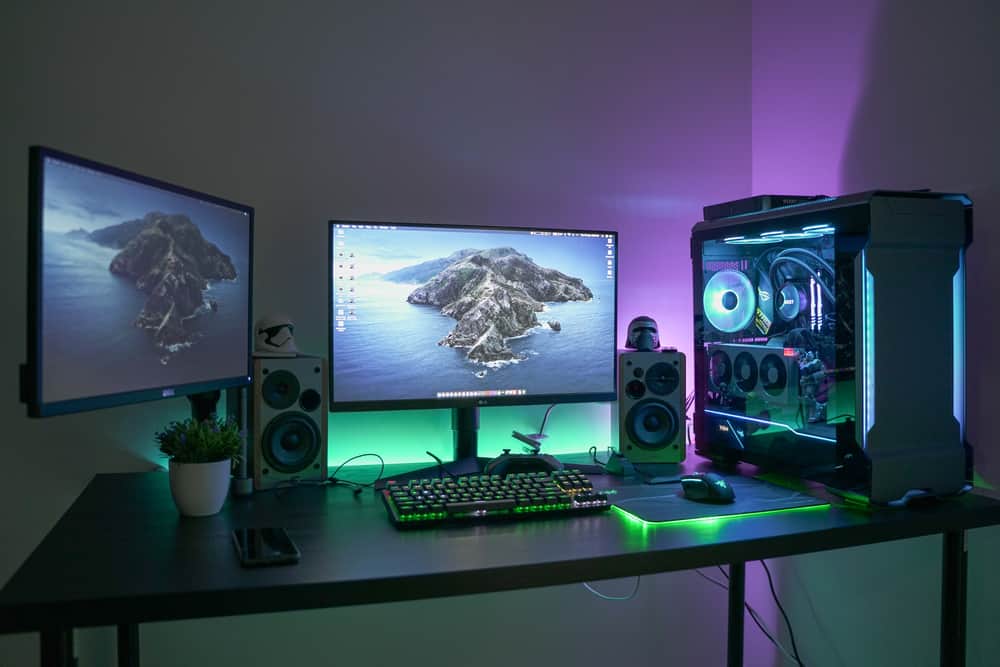 Knowing your PC’s specs isn’t necessary if you only use it to play or get work done.

However, you must know what components are installed on your PC in a few situations.

For instance, if your computer runs into a problem and you want to discuss it with a technician, you may need to tell them what kind of hardware you have.

That’s especially the case if they suspect a hardware malfunction is causing the problem.

Similarly, potential buyers will ask you about the specs if you want to sell your computer.