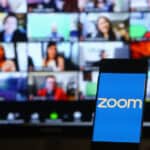 Let’s face it: Zoom meetings are rarely as riveting as the host would like them to be. If you’re anything like me, you’re getting a bad case of Zoom fatigue from all of the video conference calls, meetings, and classes you’ve had to attend. Because of this, you might be tempted to engage in other activities during a Zoom meeting like checking your email or … END_OF_DOCUMENT_TOKEN_TO_BE_REPLACED 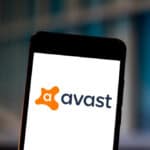 Ever since 2001, when Czech-based Avast PLC began offering its antivirus software for free, its popularity seems to have grown a little every day. With Avast’s acquisition of fellow free anti-malware company AVG followed by Piriform (makers of CCleaner and Speccy) in 2016 and 2017, respectively, Avast has become a dominant force in the cybersecurity sphere. On … END_OF_DOCUMENT_TOKEN_TO_BE_REPLACED 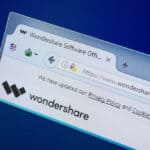 While exploring your Windows device, you may stumble upon a Wondershare Studio or a Wondershare program you do not remember installing. Is this product a virus or other type of malware? Is it safe to use? Is it necessary to the Windows operating system? Just what is Wondershare?   What Is Wondershare?   Wondershare is a Chinese … END_OF_DOCUMENT_TOKEN_TO_BE_REPLACED

Java is one of the most recognizable names in computer programming and has been around for almost three decades. The iconic Java cup is highly identifiable to computer experts as well as standard home users. With this notoriety, however, has come a bad reputation for being insecure and obsolete in the modern world of computing, leading you to wonder if Java is … END_OF_DOCUMENT_TOKEN_TO_BE_REPLACED

Nvidia ShadowPlay is a highly popular game recorder on the market, but just like most other applications, it has some bugs. According to user reports, multiple gamers are experiencing issues with ShadowPlay not recording sound. Some say it won’t record the in-game sound, and some say it doesn’t record their mic sound, which could be highly important for a … END_OF_DOCUMENT_TOKEN_TO_BE_REPLACED