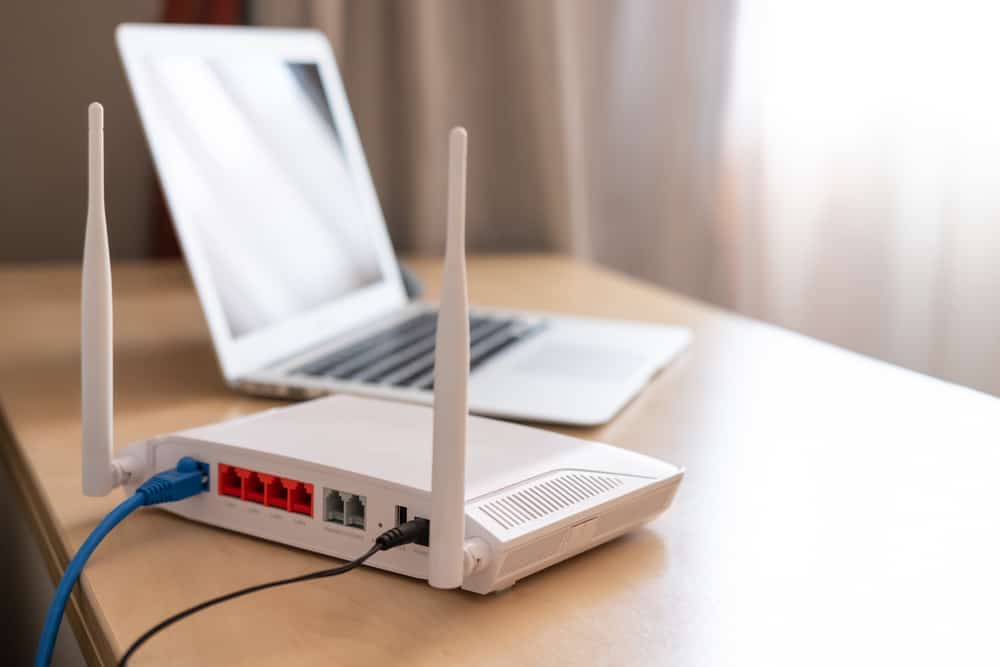 In addition, it saves you the hassle of researching to compare different models to select the best one.

However, many users advise against rented routers even though the service provider may try to convince you otherwise.

So, you may wonder if you should ditch your ISP router and purchase a new one.

Should I Buy My Own Router? 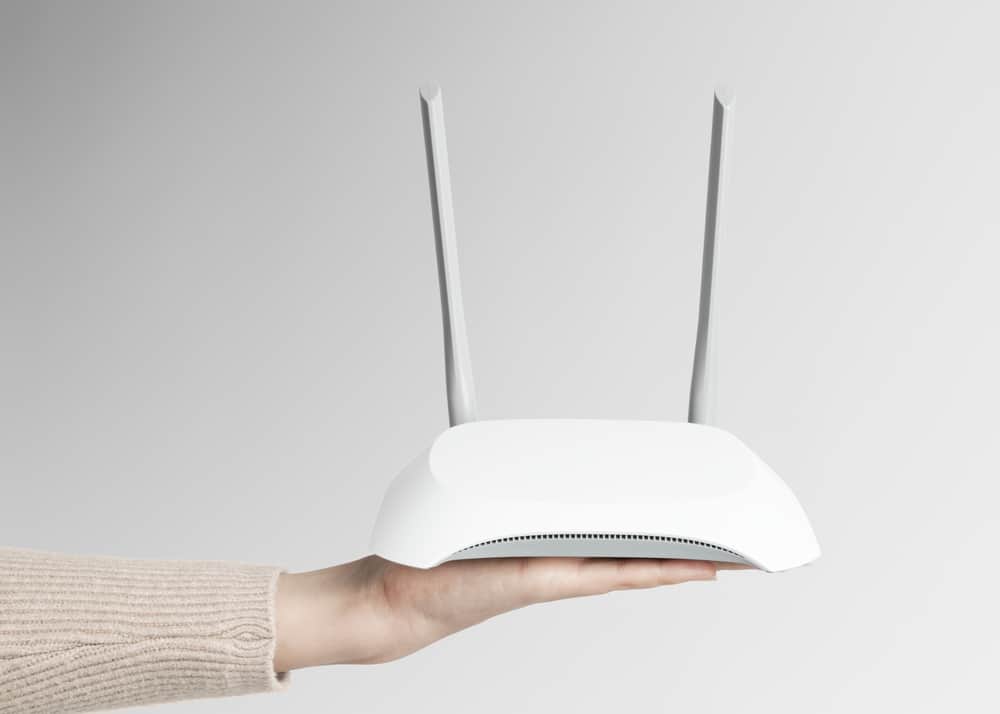 It’s widely recommended that you get your own router instead of renting one.

You may never notice the extra costs of renting a router because they’re included in your bill, particularly if you pay monthly fees.

However, purchasing your own router is more reasonable, and you’ll break even after a year.

In addition, third-party routers are of higher quality and last longer.

If your ISP router breaks, there’s a high chance that they will replace it with a second-hand one.

Finally, an ISP-provided router has many restrictions that limit your access to functionalities and security features.

Ultimately, the final decision depends on you and your situation.

For example, if the ISP gives you the router free of charge, it may be worth keeping it.

Advantages Of Getting Your Own Router 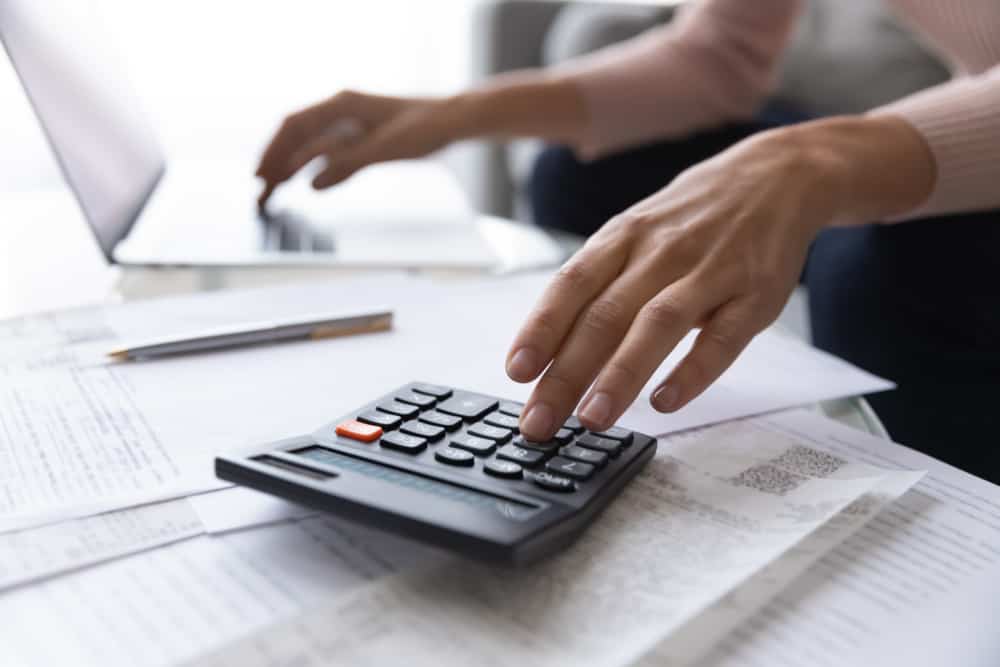 One of the biggest arguments in favor of getting your own router is that it is typically cheaper in the long run.

Take an ISP that rents out routers, add up their annual rental fees, and compare them with the price of a storebought router.

There’s a high chance that these numbers are very close.

For example, suppose the ISP charges you $12 a month for your rented router.

After one year, you’ll end up paying $264, which is more than enough to buy a decent router.

Why should you rent one if you can have your own router for close to the same price?

When you rent a router and decide to change your ISP after a year, you basically paid for a router for a year that you don’t even own.

You’ll start with the new ISP and have to pay their monthly fees to rent their router.

A router you purchase will certainly last more than one year.

So, the cost of ownership after one year will be zero.

By contrast, if you rent from your ISP, you’ll have to pay the fee as long as you rent the modem. 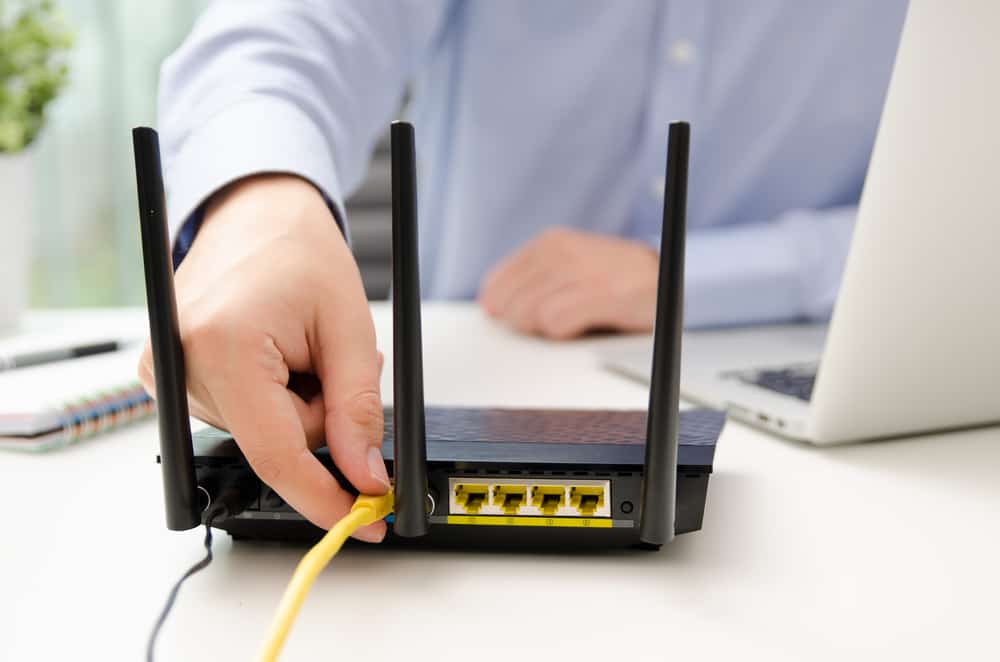 Rented routers are notorious for limiting the features you can use.

Rented routers are generally over-simplified, preventing you from customizing your connection.

One great example is parental controls.

Although rented routers may have options to limit and monitor your kids’ access to the Internet, getting your own router will give you more fine-tuned control.

Another great feature most ISP routers don’t offer is bandwidth prioritization through QoS (Quality of Service).

This feature allows you to prioritize apps based on the amount of bandwidth they require.

Thus, you can give more bandwidth to the apps—such as games or streaming services—that require faster Internet.

You can also install open-source firmware on these routers to get even more advanced features.

The open-source firmware allows you to customize more functionalities.

A high-end router gives you access to more router channels, enabling you to connect to the fastest ones and experience less latency. 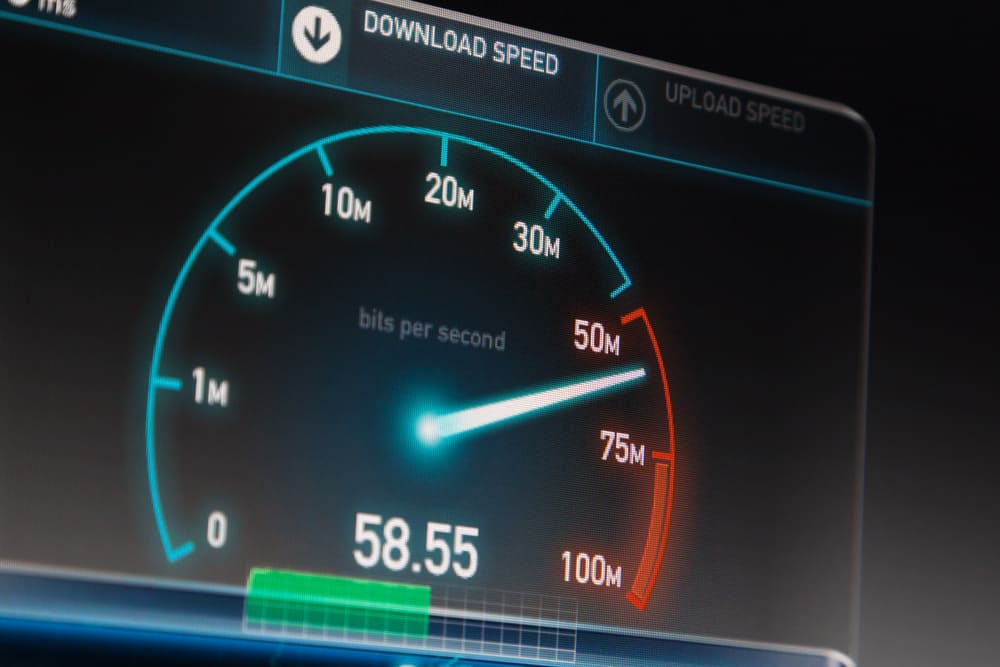 One of the biggest disadvantages of owning an ISP router is the lower speed intentionally imposed by the ISP provider.

Internet service providers are notorious for offering speeds lower than the purchased plans to encourage customers to upgrade to higher-speed plans.

Even if that’s not the case, storebought routers have more advanced technology which allows them to offer the fastest speeds.

Thus, if your ISP router is single-band, you can upgrade to a tri-band router and get three times as much speed.

In addition, ISP routers generally have weaker signal coverage due to their older technology.

For example, many have one-user technology that works best only with one device.

Connecting more than one device to the router will lower bandwidth and Internet speed.

In addition, they don’t have enough signal strength to reach every part of a building.

If you live in a large or multi-story building, an ISP router with internal antennas will give you subpar performance and connection.

A high-end router with multi-user technology gives you a strong signal in every room.

You can also use a mesh router to amplify your signal in hard-to-reach areas. 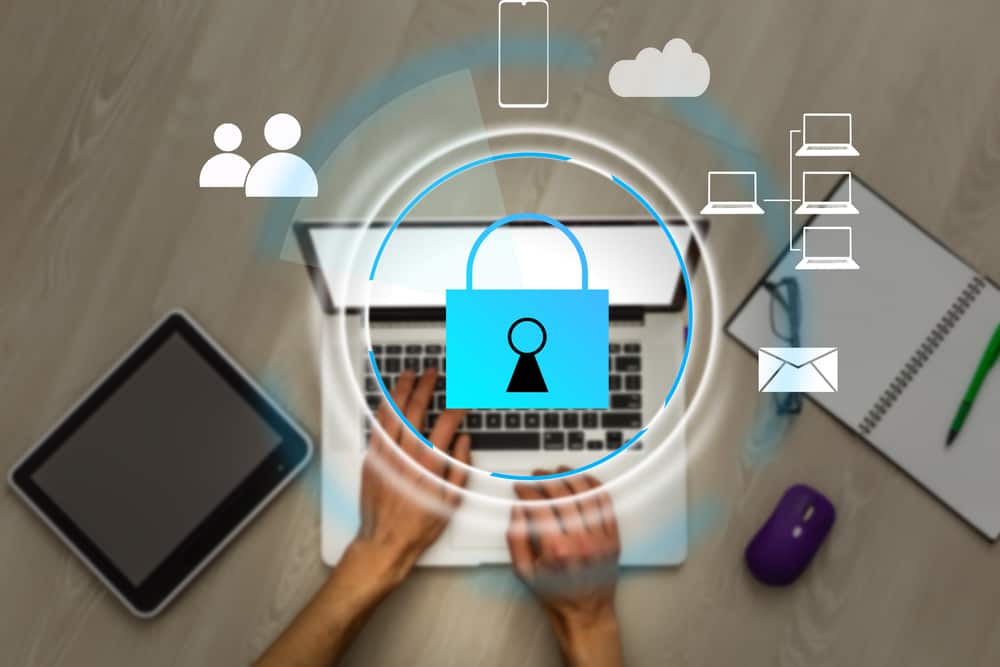 One of the most significant disadvantages of the lack of control you have over an ISP-provided router is security risks.

If the ISP company doesn’t build the router, it relies on the manufacturer for security updates.

This can take time and leave you vulnerable.

Hackers can exploit the security holes in the router’s firmware and access your network information or devices.

Another issue is that the security features may not work if you change the default settings.

With your own router, you can install the latest firmware updates as soon as they’re released and get the strongest firewall settings to make your network more secure.

The Internet service provider can access your network information stored on the router.

It can track your activities or use its access privileges to see your data.

That’s not to say that your ISP does abuse their abilities, but they have the potential. 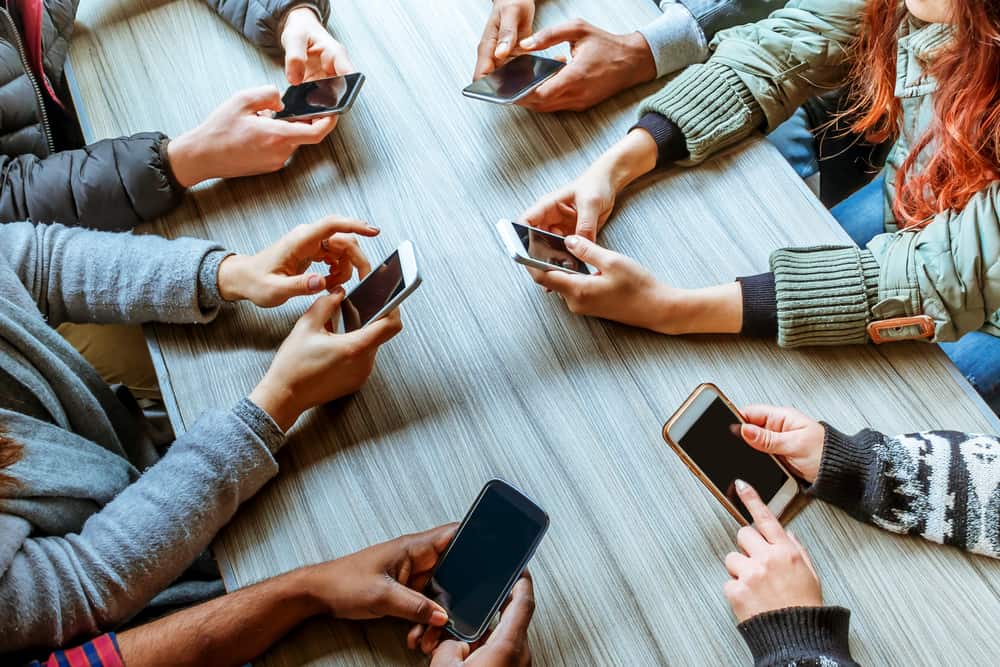 Setting up guest networks is a great way to divide your Wi-Fi among different devices while maintaining security.

For example, suppose you own a business and want to offer Wi-Fi connectivity to your employees.

You may also have guests over who want to connect to your Wi-Fi.

To avoid these security issues, you can set up guest networks that offer them connectivity in a protected and secure space.

These networks have separate passwords, so you don’t need to give away your main Wi-Fi credentials.

While most ISP routers allow guest access, they don’t have enough options to control security features.

When Should You Stick With The ISP Router? 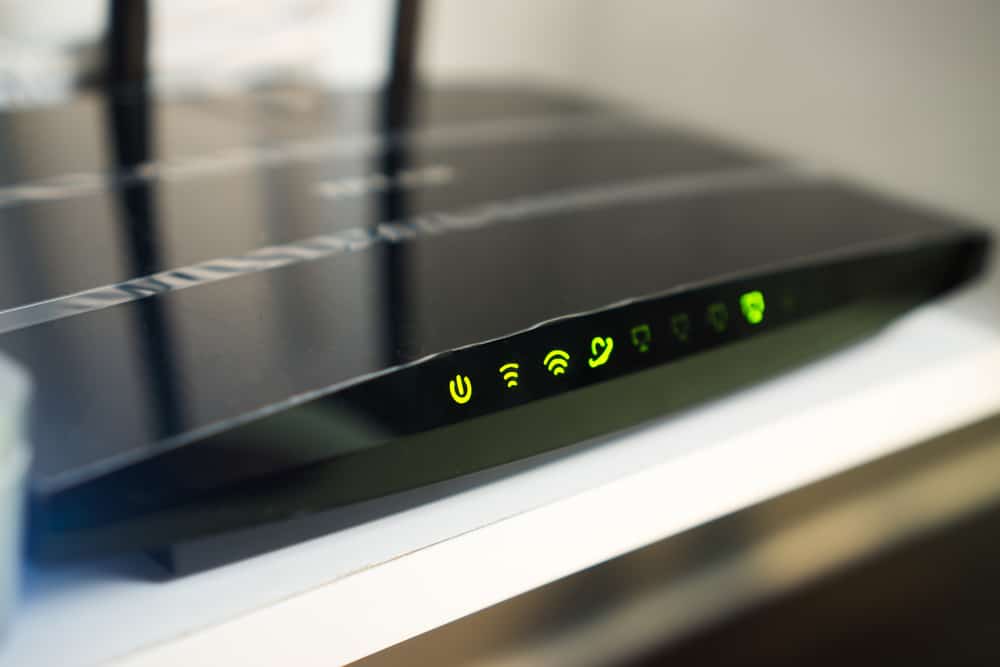 Although getting a third-party router has many advantages, you may decide getting your own router isn’t the best idea.

An ISP-provided router is a fitting choice in the following situations.

The most important benefit of purchasing your own router is that it gives you a host of features and possibilities to customize your connection.

However, if you’re not technologically savvy, you may not even understand what your router has to offer.

Plus, getting the best settings requires tweaking many different features, which can affect your connection if you don’t know what you’re doing.

You may even leave your connection vulnerable if you choose the wrong security settings.

By contrast, an ISP router is easy to set up because the features are already pre-configured.

After plugging it in, you can start using the device immediately.

In addition, if you have any issues with setting up and using the device, you can rely on the ISP company’s support.

Since a third-party router has different settings and configurations, the ISP’s support team can’t help you if an issue arises.

As a result, you need to troubleshoot your router on your own.

If you use the Internet for casual browsing and going on social media apps, you may not need your own router.

An ISP router is more than enough for most average users who don’t need super-fast Internet connections.

On the other hand, a third-party router is necessary for gaming, VoIP, or working from home.

For example, if you want a static IP, you can only get it on the router provided by your ISP.

Even if the carrier allows you to have your own gear, it doesn’t give you a static IP because it doesn’t manage the router.

4. You’re In A Specific Residential Situation

Although the biggest advantage of getting your own router is lower costs in the long run, you may want to stick with the ISP router in certain situations.

If you live with roommates and split the rental fees, you may be better off renting the gear.

This may also be true if you’re staying somewhere temporarily or plan to move soon.

In such situations, you may want to wait until you move to the new place and check your Internet options.

You might have to go with an ISP that doesn’t support your current router or consider other options that require using the ISP-provided gear.

What To Consider When Purchasing Your Own Router? 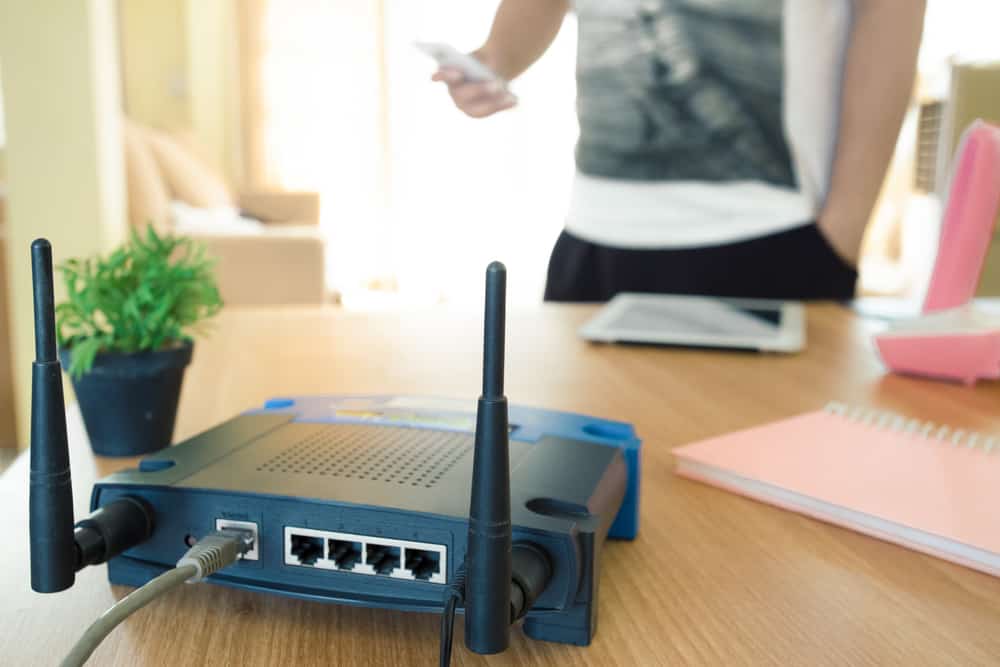 If you decide to ditch your ISP-provided router and get your own gear, you should consider some things to avoid getting stuck with the wrong device.

Here’s what to look for:

1. Check For Support And Compatibility

The first step is to make sure your ISP allows routers from third parties, although there’s a low chance that they don’t.

Most carriers give a list of routers and modems they support.

The router you purchase must be compatible with the carrier’s technology, such as ADSL vs. fiber optic.

In addition, the Internet speed plan you purchase from the carrier will dictate which router model you’ll need.

The company should specify which routers you can purchase to work with the speed you have chosen.

Another great consideration is the difference between a modem and a router and whether you should get a modem/router combo.

While a modem and router may look similar, they have different functions.

A modem brings the Internet to your home, whereas a router sends the connection to your devices.

So, you’ll need both to connect to Wi-Fi because neither can work without the other.

The easier option is a modem-router combo, which is perfect if you have limited space and is easy to set up.

This may be the most difficult part, especially if you’re not tech-savvy.

You should consider a wide range of specs to get the best out of your gear and avoid bottlenecking your connection.

How Long Does A Router Store History? (Explained)

What Is A Gigabit Router? (Explained)

Can You Have Two Internet Providers In One House? (Explained)

How Many Emails Should I Have? (Explained)

The Wireless Customer Is Not Available (Causes, Fixes)

Does A Router Have To Be Connected To A Modem? (Explained)

How Long Should The Router Take To Reset? (Explained)

Is It Safe To Sit Next To A Wireless Router? (Explained)

Can You Limit Bandwidth On A Router? (Explained)

Why Are IO Domains So Expensive? (Top 10 Reasons)

Do Routers Have IP Addresses? (Explained)

Is Hulu Free? (Everything To Know)

Do You Need An Ethernet Cable For WiFi? (Explained)

Why Does HBO Max Buffer So Much? (10 Causes, Fixes)