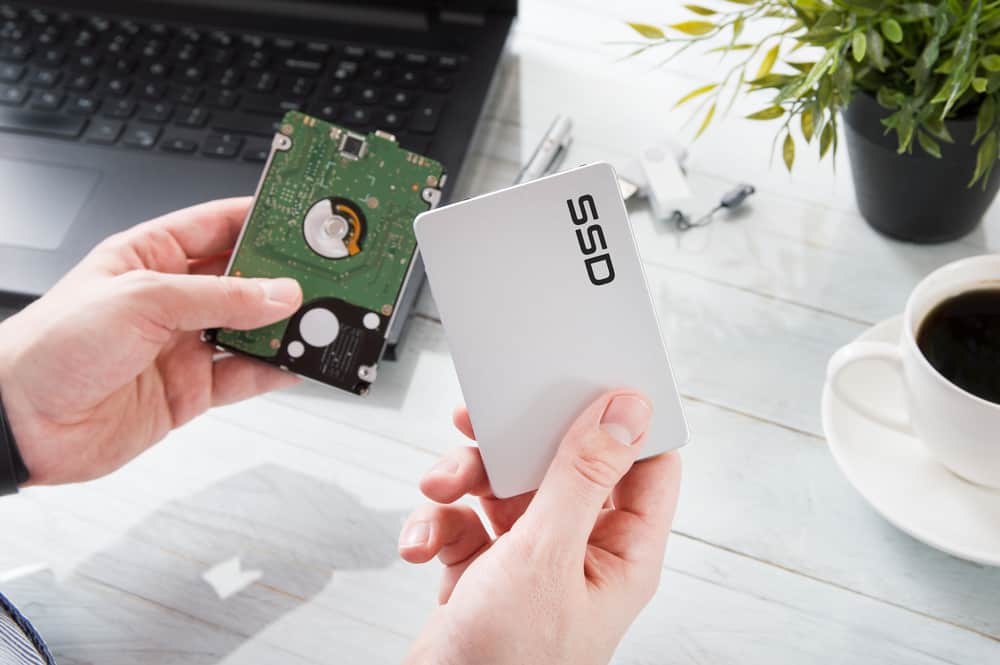 There comes a time when you have to format your hard drive, either because you want to clear space for new files or you want to sell it.

You have two options: quick format and full format.

Which one should you use to avoid damaging your drive? 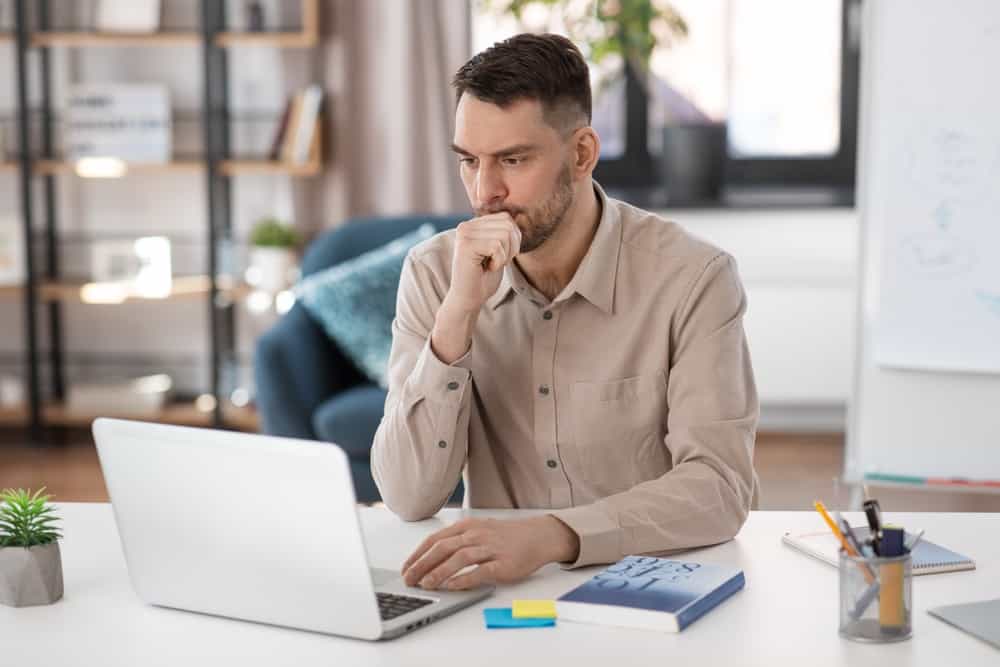 Hard drives store your files in sequences of blocks (called sectors on an HDD and cells on an SSD).

When you quick format a drive, only the pointers are deleted, while the actual blocks containing your information are left untouched.

On the other hand, a full format goes over all the blocks in your drive and fills them with zeros.

It also checks for and takes note of bad sectors, small sections of the drive that are essentially dead.

A full format effectively deletes your files and checks your drive’s health, sector by sector, which is why it takes longer than a quick format.

However, it’s not recommended on SSDs because these drives only support a limited number of write cycles before they die.

You shouldn’t waste your limited capacity on unnecessary full formats.

That said, there’s no need to worry if you’ve performed a full format on your SSD because the cap on write capacity is much higher than you can imagine.

Your SSD won’t sustain any damage from one or multiple full formats—modern computer hardware is much more resilient.

These myths have been circling the internet for a long time without any basis.

Now that we’ve covered the basics, let’s cover the differences in more detail and explain why you have nothing to worry about if you full-formatted your SSD.

Differences Between Quick And Full Format 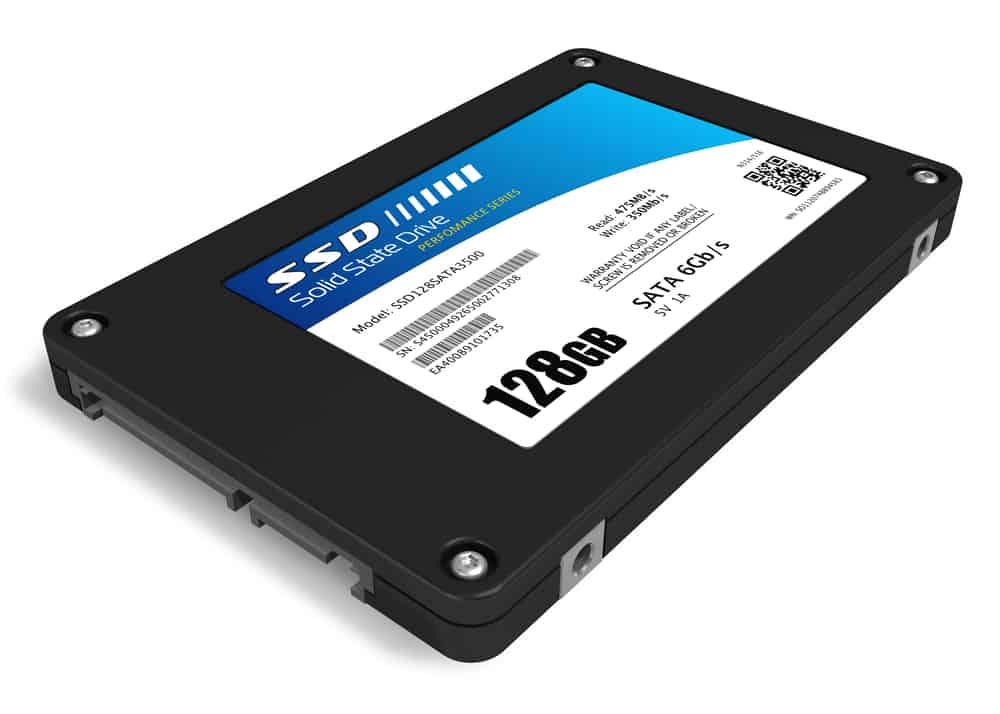 As mentioned, a full format takes longer because it goes through all your drive’s sectors and writes a zero in each one.

To demonstrate the difference, performing a quick format on a 1 TB hard disk usually takes a couple of minutes, but a full format requires much longer depending on your drive’s read/write speed.

HDDs have a transfer rate of 30 to 150 MB per second, so writing 1 TB of data at an average speed of 90 MB per second will take three hours.

Since SSDs are faster (around 500 MB per second), a full format on an SSD of the same capacity will take less than an hour.

If you have an external drive connected via a USB 2.0 port, you’ll have to wait about 24 hours! 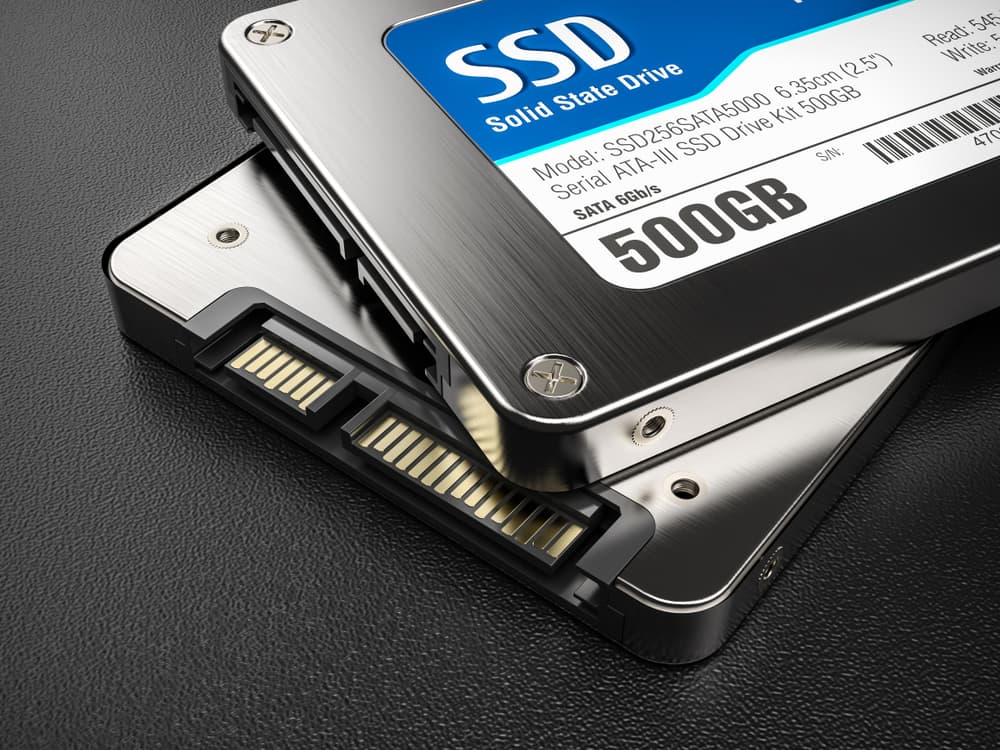 You’re probably thinking about formatting your SSD because you want to sell or donate it to someone else and don’t want them to have access to your data.

If you do a quick format, your data will be easy to recover because it’s still on the drive.

A full format is much safer in terms of recoverability because it wipes all the sectors and fills them with zeros.

However, there’s still a high chance of recovering it with specialized software.

The good news is that SSDs are nearly impossible to recover after a full format.

Unlike the magnetic disks in an HDD, the flash-based memory technology in SSDs doesn’t retain physical clues about the data it used to contain.

However, if you want to be 100% certain that the data on your SSD is permanently gone, you need to use a disk-wiping program.

These applications have specialized algorithms that replace your data with dummy data and make it entirely unrecoverable.

They may also come with extra features to manage your partitions and rebuild your Master Boot Record (MBR).

The top free programs we recommend are EaseUS BitWiper and KillDisk, which offer paid versions with extra functionality.

Note: Darik’s Boot and Nuke (DBAN) is usually the top choice among disk-wiping apps, but it doesn’t support SSDs.

If you want a product from the same company, you can request access to Blanco.

However, it’s an enterprise-level program designed for large companies that need to follow strict regulatory standards. 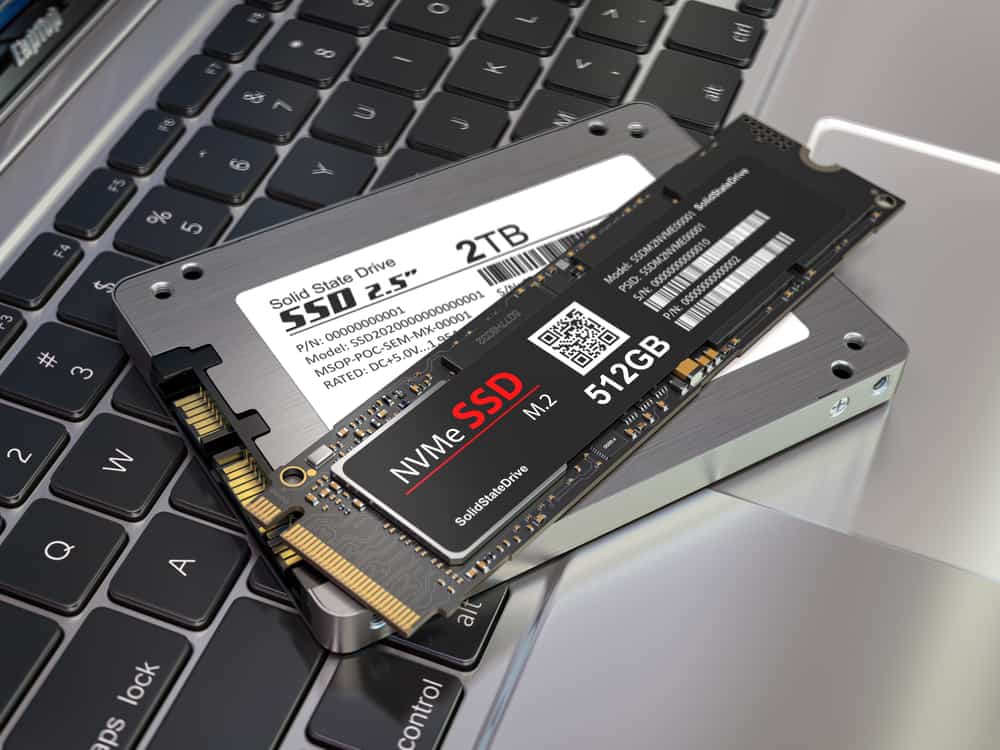 The term “bad sector” usually conjures up horrible images of lost data, but it’s usually not that scary.

A bad sector is essentially a tiny part of your hard drive that’s been physically damaged and become unusable.

When you do a full format, your operating system will detect those dead sectors and take note of their addresses for future reference.

Many people think that SSDs don’t get bad sectors because they don’t have mechanical parts.

While that’s technically true, individual cells in a flash-based memory can fail.

However, SSD bad sectors aren’t as fatal as their HDD counterparts because your data isn’t stored sequentially.

If one cell (aka sector) dies, your OS will have no trouble reading the adjacent cells, a feat that isn’t as readily available in HDDs.

Note: In technical terms, a sector is the smallest data storage unit on a hard disk. It refers to the physical distance (the arc on a disk) that the head must travel to read or write 512 bytes. 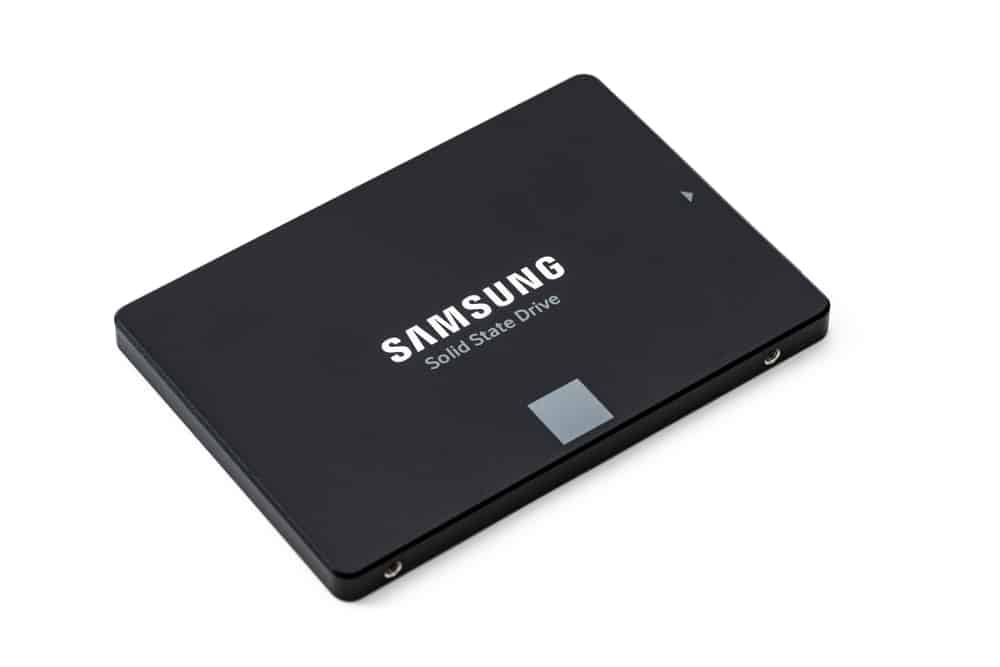 SSDs aren’t as fragile as many people think.

They can even be more reliable than HDDs.

However, the SSD cells only support a certain number of write cycles.

These drives use a technology known as Wear-Leveling to ensure that certain cells aren’t used more frequently than others.

The lifespan of an SSD is estimated using an endurance metric known as terabytes written (TBW), the total amount of data that can be written on the disk before it starts to degrade.

The higher the TBW, the longer your SSD will last.

If you want to use the device for ten years, you’ll have to write around 80 GB of data on it every day.

Since most users won’t exceed 20 GB of read/write per day, it’s safe to assume that your SSD will last at least ten years—barring other physical failures.

Even if you use 500 GB of your 300 TBW on a full format, it won’t significantly affect your drive’s lifespan.

Note 1: Some high-endurance drives use PBW instead of TBW, which is the number of petabytes the drive can write before failing.

These are usually large capacity drives used in data centers where reliability is critical. For example, the 2 TB Intel DC P4501 Series has an endurance rating of 2.29 PBW.

Note 2: If you want to buy the most durable SSD, make sure the drive uses 3D NAND technology and has fewer levels per cell. Single-level cells (SCL) have the highest number of write cycles, while Quad-level cells (QLC) have the lowest. 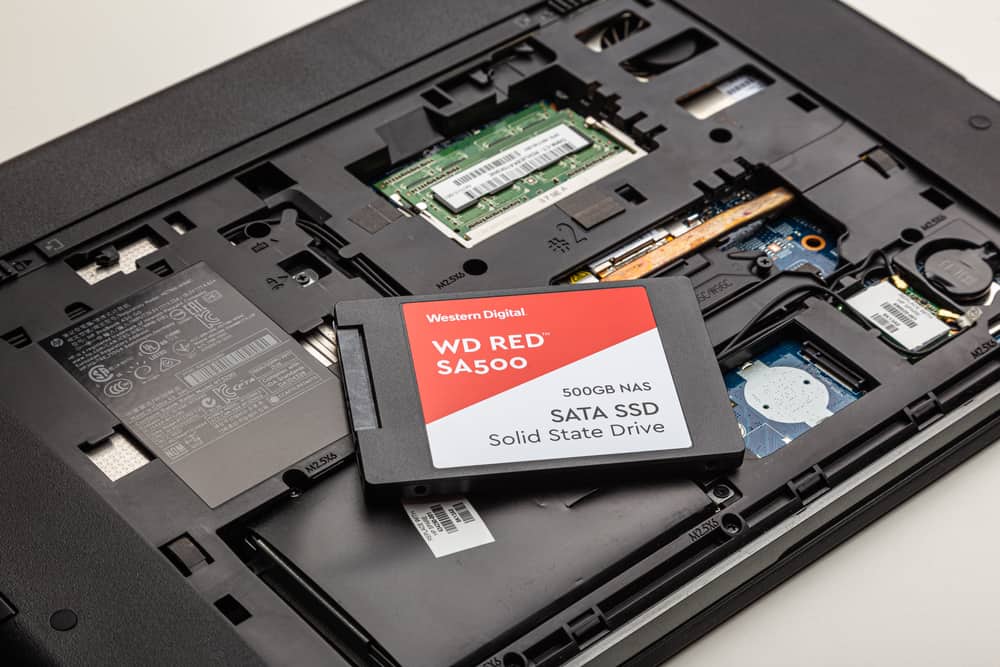 In addition to TBW, SSD manufacturers use a few different metrics to measure their device’s reliability.

Here are the most important ones:

The DWPD indicates the average number of gigabytes the device can write per day if you want it to last the full duration of its warranty.

Most SSDs come with a five-year warranty.

MTBF is a popular metric used to measure reliability in almost all industrial settings.

It indicates how long a system will continue to work before it needs to be repaired.

In the context of SSDs, it usually shows how many hours you can expect the drive to work before it dies.

The numbers are staggering!

The average SSD has an MTBF of over one million hours.

Even two million hours isn’t an unusual number for SSDs.

Of course, your drive will wear out a lot sooner than 170 years, but the reliability numbers are highly impressive.

How To Format Your SSD 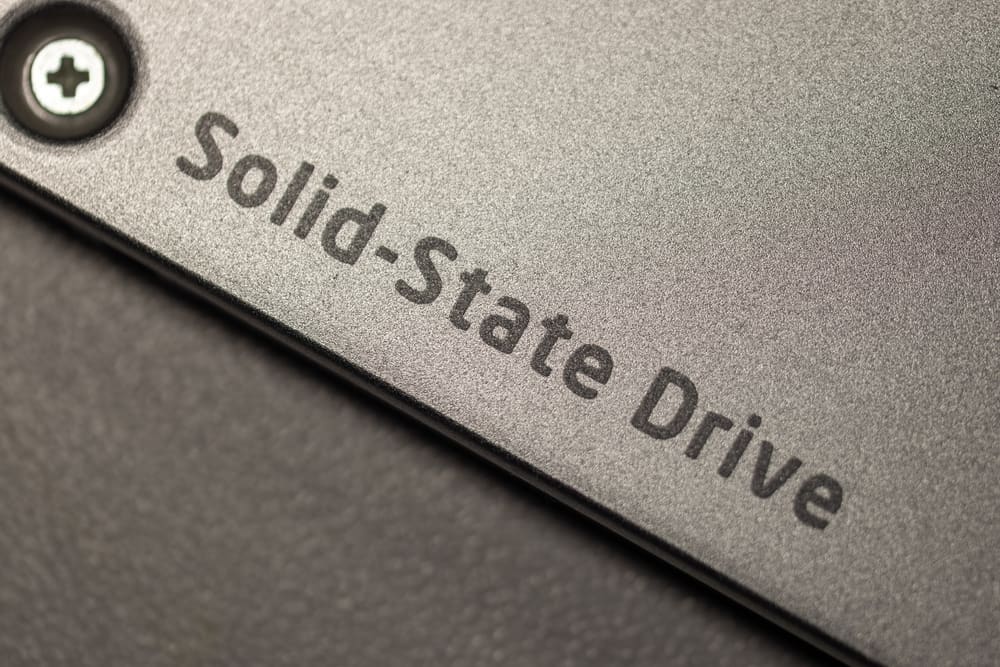 All Windows versions come with a utility that lets you create, delete, and format partitions.

Alternatively, you can use a partition manager program such as Partition Wizard.

In addition to formatting your disk, the application lets you delete or extend partitions and perform advanced tasks such as aligning your SSD partition and converting it to NTFS.

You can also measure your SSD’s performance and check its health.

You need a bootable flash drive and a portable partition manager to format your Windows drive.

Explaining how to perform the format is beyond the scope of this article, but you can watch this YouTube video if you’re interested in learning more:

How To Identify Your SSD Drive When Formatting 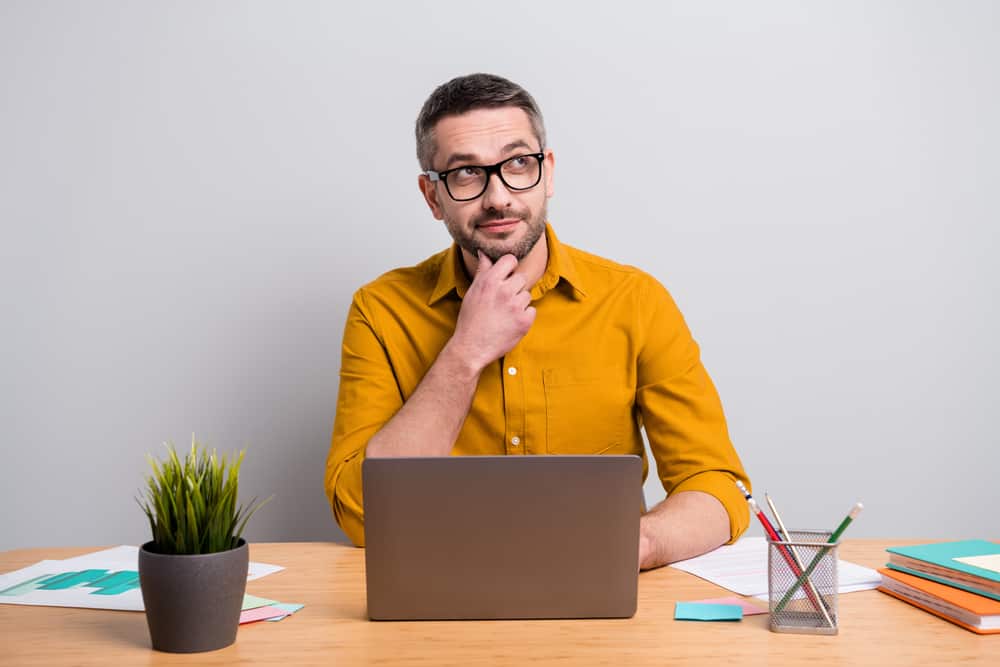 Unfortunately, the Disk Management utility on Windows doesn’t tell you which letter drive your SSD is.

To avoid formatting the wrong disk, you need to first identify which letter(s) are assigned to your SSD.

You can find that information using the Windows Task Manager.

Here are the steps:

How to Tell If Your SSD Is Dying 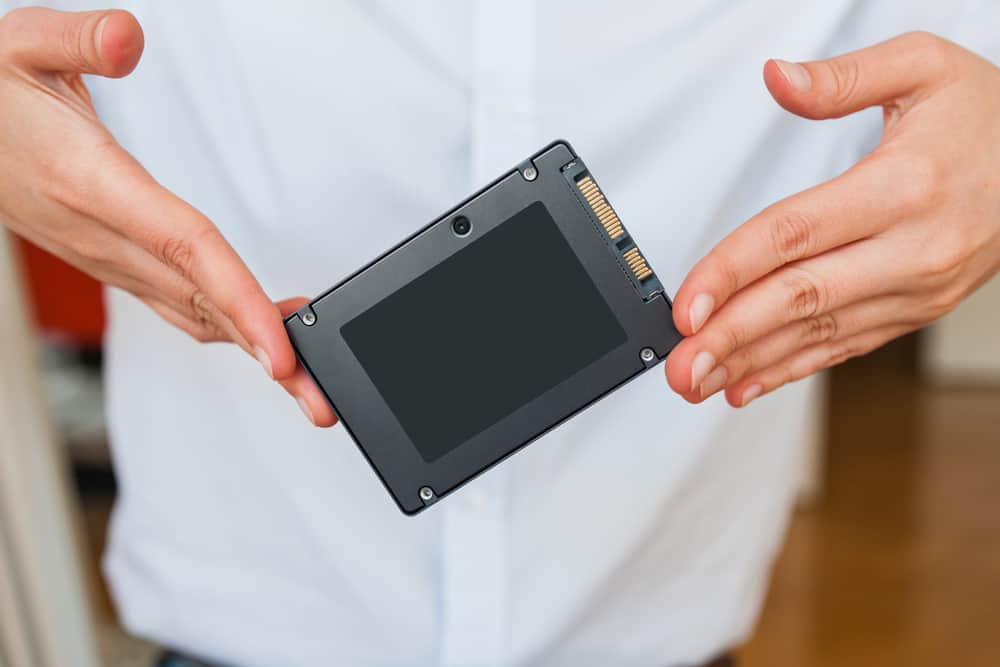 Although SSDs are robust components, they eventually degrade, and manufacturers only warranty them up to a certain TBW.

Thankfully, your drive keeps track of its TBW, so you can see the number using the right software.

CrystalDiskInfo is a free open-source program that lets you see how many terabytes have been written to your disk.

After you download and install the application, choose your drive and check the value for Total Host Writes.

You can also view Total Host Reads, but the number is irrelevant because reading from an SSD doesn’t affect its durability.

The program also shows you the SMART status of your SSD.

SMART stands for Self-Monitoring, Analysis, and Reporting Technology, and it comes with all SSDs.

It checks the indicators of drive health and reliability.

If you see a high score on the program, your drive isn’t in imminent danger of failure.

However, if you see a “caution” status, it’s best to replace the drive as it has started to degrade.

If you see a “bad” status, the drive could die at any time, so you should create a backup and replace it as soon as possible.

What Happens To Your SSD After Reaching The Warrantied TBW? 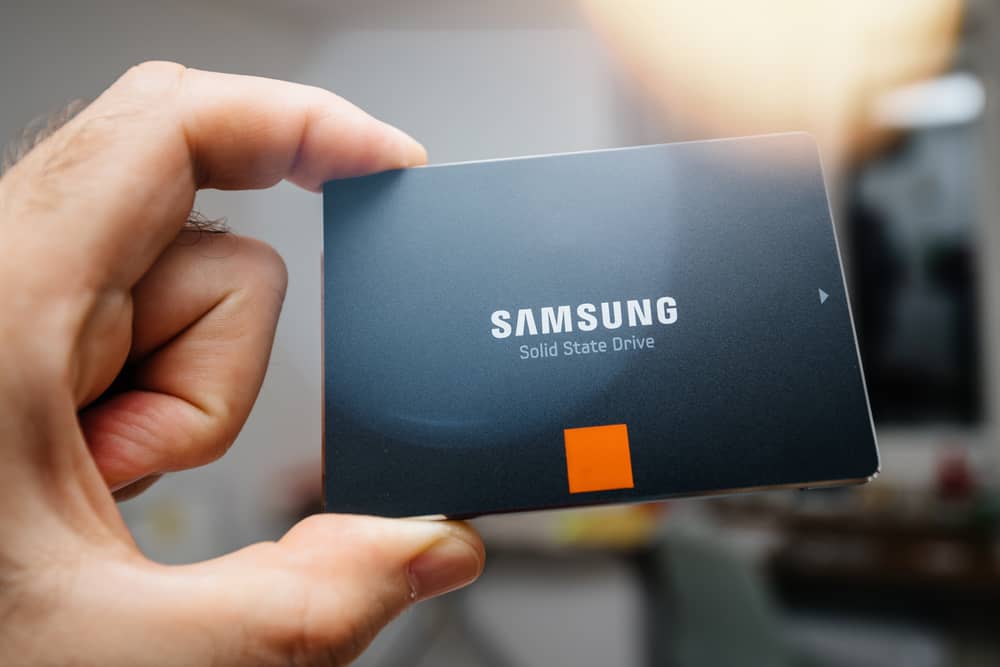 Your SSD won’t die if it reaches the guaranteed TBW.

The warranty amount is probably a bit conservative because manufacturers want to ensure the drive lasts as long as it’s supposed to.

However, the cells will gradually stop working, which will decrease your drive’s effective capacity over time.

Moreover, the chance of data loss and file corruption increase because the cells already containing data will die one by one.

It’s best to use that drive for non-critical files that you can download again should the drive fail.

It’s always a good idea to have a backup of your critical data because SSDs usually fail without prior warning and recovering data from an SSD is significantly more complicated.