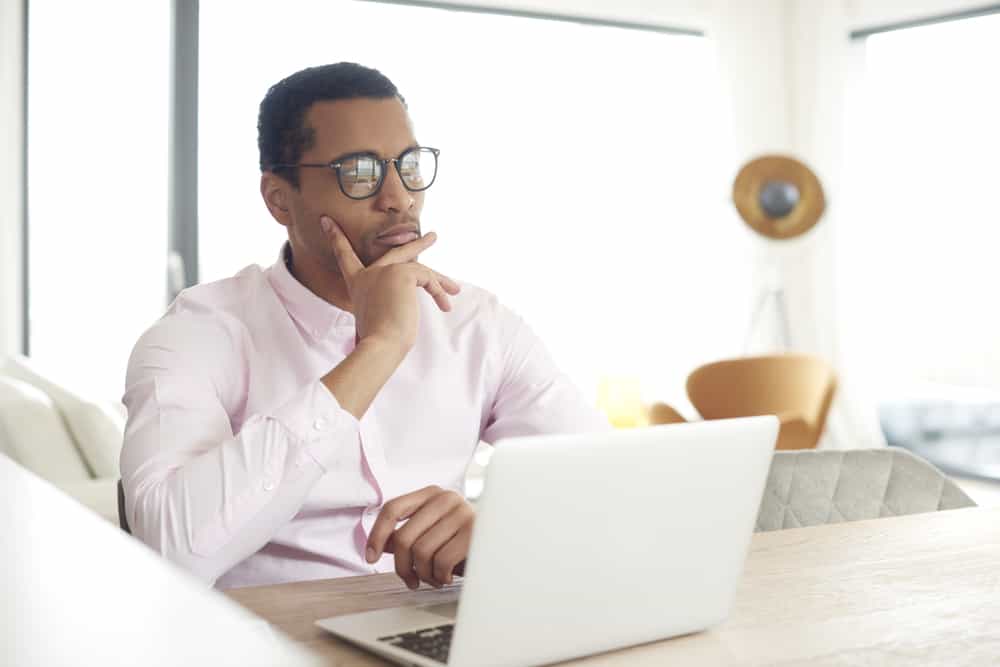 Device drivers play an essential role in the smooth operation of any system, and if they are not updated, they can make your PC sluggish or cause malfunctions.

However, updating drivers is a time-consuming job for professionals and noobs alike.

That’s why most PC users are in search of a reliable driver installer instead.

While most driver updates are scams trying to fill a market hole for these people, this question arises: Is Snappy Driver Installer safe?

Read on to learn more about its features, its different versions, and how you can use the software.

We’ll also discuss why the app is entirely safe to use. 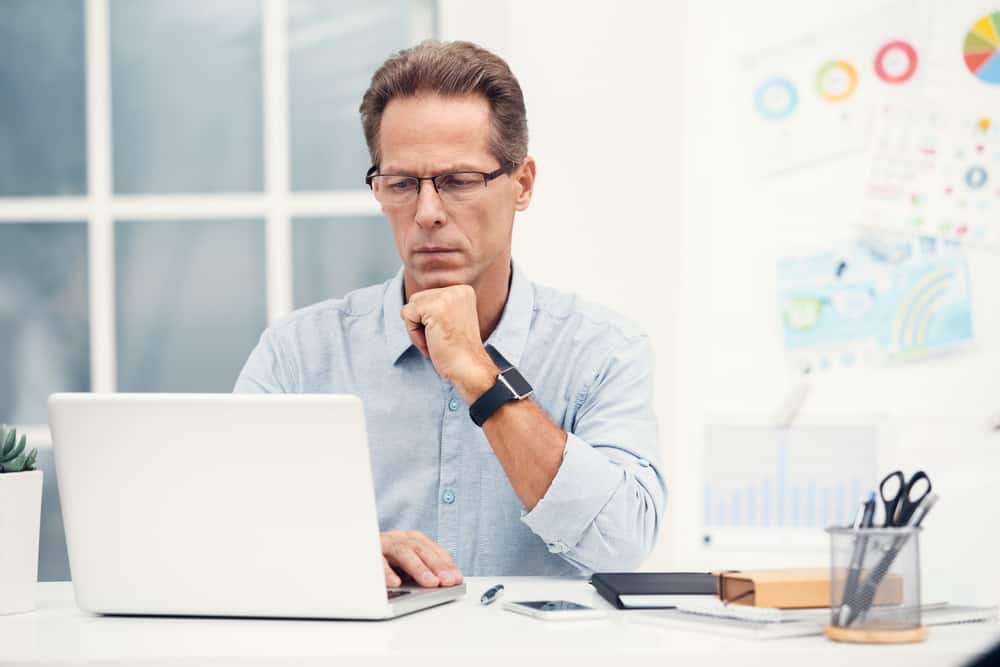 Most driver installers/identifiers are notorious, either because they’re malicious apps trying to install malware on your machine or shady ones that want to empty your pockets by charging you huge monthly fees.

Because of this, users have every right to be suspicious.

Plus, some tools are legitimate, but they have an older version of what’s already on the user’s system.

Some suggest updating when there’s no need for one, and others only install variants of existing drivers, faking to be useful.

First of all, it’s free of charge and annoying ads, which means it doesn’t want to rip you off.

Plus, it obtains your drivers from Windows Update Catalog and Driverpacks.net, two reliable sources with the newest signed drivers from Microsoft.

Another proof for SDI’s credibility is having an integrated Signature Verification Tool called sigverif.exe.

Once activated, it can pinpoint the unsigned, illicit, or duplicate drivers.

What Is The Snappy Driver Installer?

Snappy Driver Installer, aka SDI, is a free Windows utility to install computer drivers and keep them current and up to date.

Using this open-source application, you no longer need to search for drivers or bother updating them manually.

SDI can save its driver packs offline, so you can even access them when the internet is down, or you can use them wherever you go.

Besides, being portable means you don’t have to install it on your computer—you can run it from external media.

What’s more, SDI is free, making it a perfect tool for technicians who assemble PCs as well as regular users who find it hard to install drivers.

How To Check SDI Drivers For Reliability 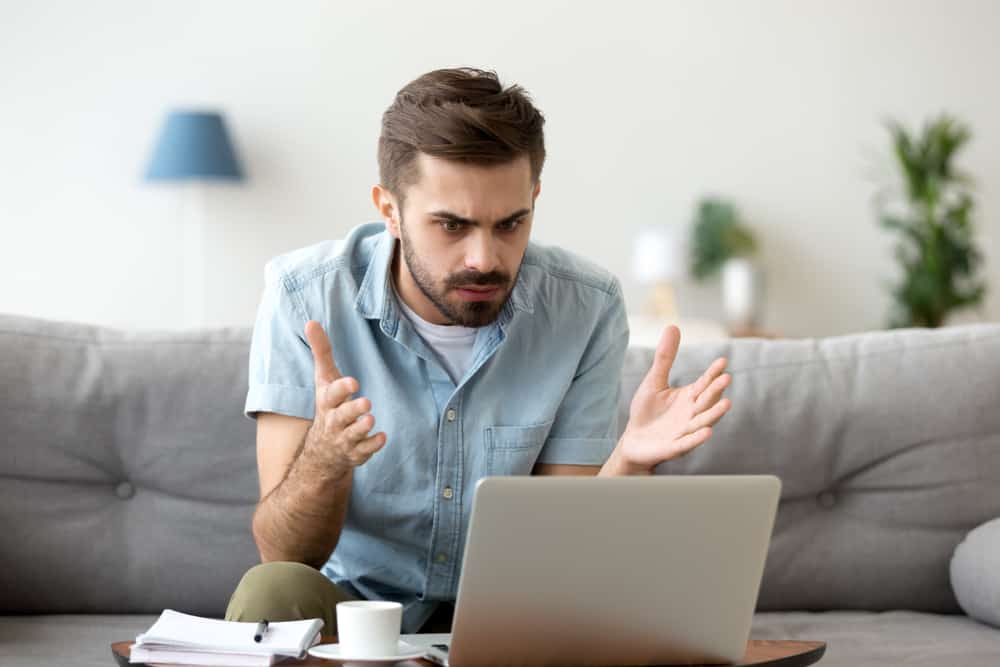 Sigverif.exe, the driver verification tool built into SDI, is a Microsoft product, and you can find it among Windows EXE files.

Even if you don’t trust SDI, you can check its drivers yourself using Windows.

Type “Sigverif” in your Start Menu, and tap or click to open it.

Run the utility, and press “Start” to begin scanning.

If any drivers installed by SDI are fake—which is unlikely—it’ll let you know.

Note: This feature is only available on Windows 7 and above.

If you’re using an earlier version of Windows, you will have to download it separately. 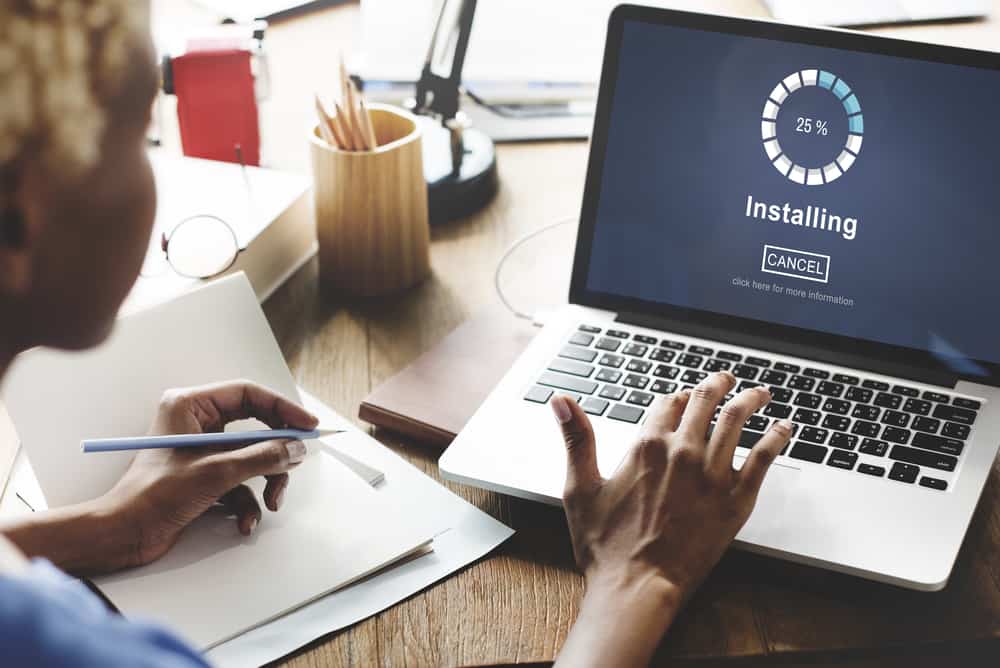 The first one is its Signature Verification Tool that warns you against scam drivers.

The second one is its ability to set restore points.

All you need to do is to mark the “warning” box and get a backup of your current system’s registry entries before updating it.

This way, if a problem occurs, such as getting the wrong driver, you can return your computer drivers to their prior state.

SDI is released under a GNU General Public v3 license, which means it’s open-source, and you’re free to share it with others.

Also, anyone can get its source code, modify it, and distribute it again.

This non-proprietary license makes SDI more secure than those with exclusive ownerships because more programmers can check and sort out its potential issues.

You’ll see an Expert Mode in the software.

Once activated, it gives you more control over the driver installation process.

You can use it to adjust the download settings, such as the port and download/upload speed.

You can tell the app to perform specific actions after driver installation, such as scanning for viruses and invalid drivers.

It also lets you organize your drivers into new, old, existing, and missing groups.

This software comes with a multilingual interface that supports more than 27 languages.

This way, if you’re not an English native speaker, you can set it to your own language and use it free of hassles.

The SDI interface also gives you several unique themes, from metallic to green grass motifs, allowing you to personalize the app.

This software supports all Microsoft Windows editions, including Windows 2K, Vista, XP, 7, 8, 8.1, and 10, not to mention the server versions.

Plus, it’s available for both 64- and 32-bit operating systems.

Virtually everyone can use it.

Another important feature of SDI is that it displays relevant information about drivers before installing them.

With this information, you can compare different options and choose a replacement for your existing drivers if necessary.

SDI is a standalone or portable application.

Therefore, its driver packs don’t need to be bundled with extra software to run on a PC.

You can easily transfer them to your USB flash drive, memory card, or external hard drive, carrying them anywhere you go.

It makes the app a great offline driver installer, especially for PC specialists who want to install drivers on various customer devices.

This way, you won’t need to navigate hundreds of options to find whatever you want to update.

If you grant permission, SDI can automatically update your installed drivers and its driver collection.

You don’t need to think about how often you need to update drivers.

Besides, your PC gets updated before it experiences any performance issues. 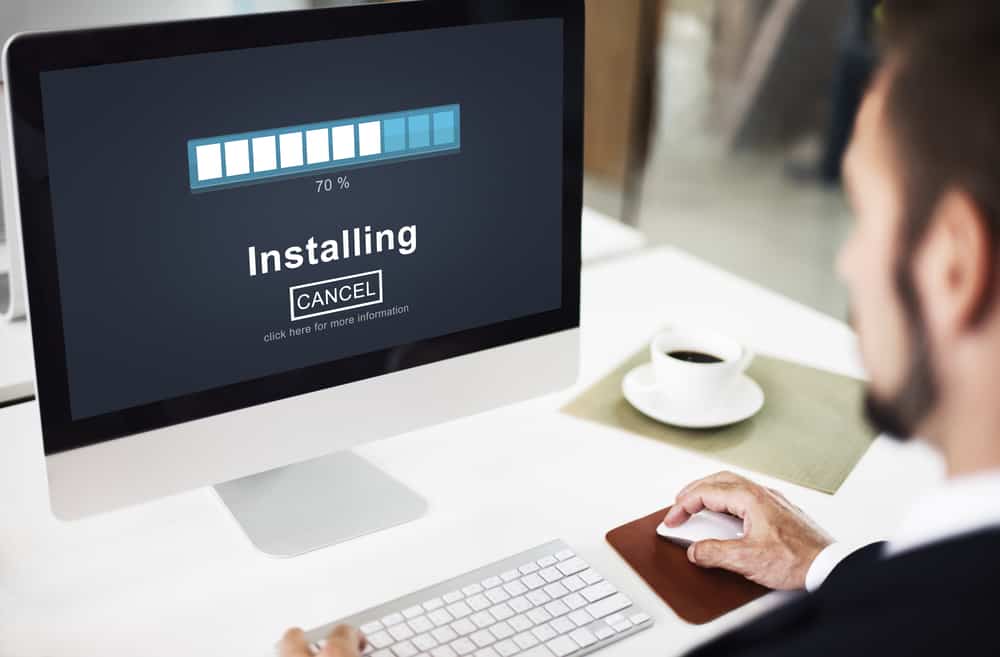 The full version is the same offline version we’ve been talking about up to this point.

It holds all the updated drivers, and you can use it without an internet connection.

Just remember that you need a Torrent client to download the driver collection.

SDI Lite, on the other hand, is recommended for users with an active internet connection.

If you choose this version, you have to download indexes through the app to detect missing drivers and update them accordingly.

If you seldom update your drivers and want the tool only for occasional personal use, this version is your best option.

How About Snappy Driver Installer Origin? 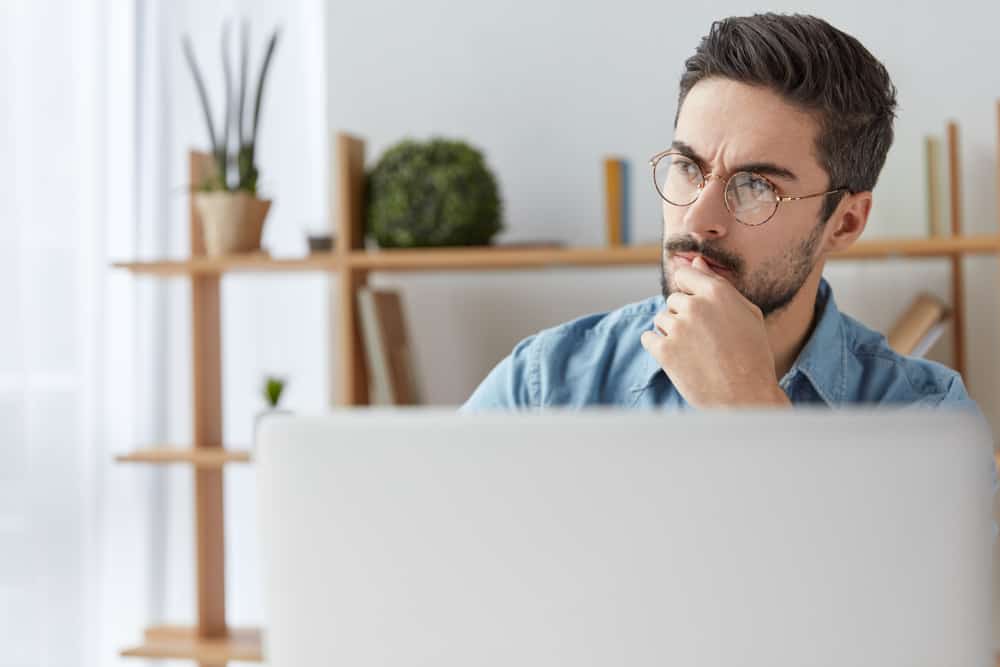 Snappy Driver Installer Origin or SDIO is a fork version of SDI.

For one reason or another, the initial developer of SDI, Badponiter0, has abandoned the project and handed over development responsibilities to other developers.

After that, many SDI users gave up on SDI because they thought it was no longer safe and may contain malware or dodgy third-party apps.

Some even report that SDI tries to install Avast antivirus on their computer.

He claims to have fixed the PUP/PUA issues in SDI and promises to keep the app clean for its users.

SDIO is similar to the traditional SDI edition, but overall, both SDI and SDIO projects are alike, and it’s challenging to find their differences.

Besides, both apps are safe and free of trojans.

If you find any ads on SDI, chances are you haven’t downloaded it from its official site.

How To Install Snappy Driver Installer 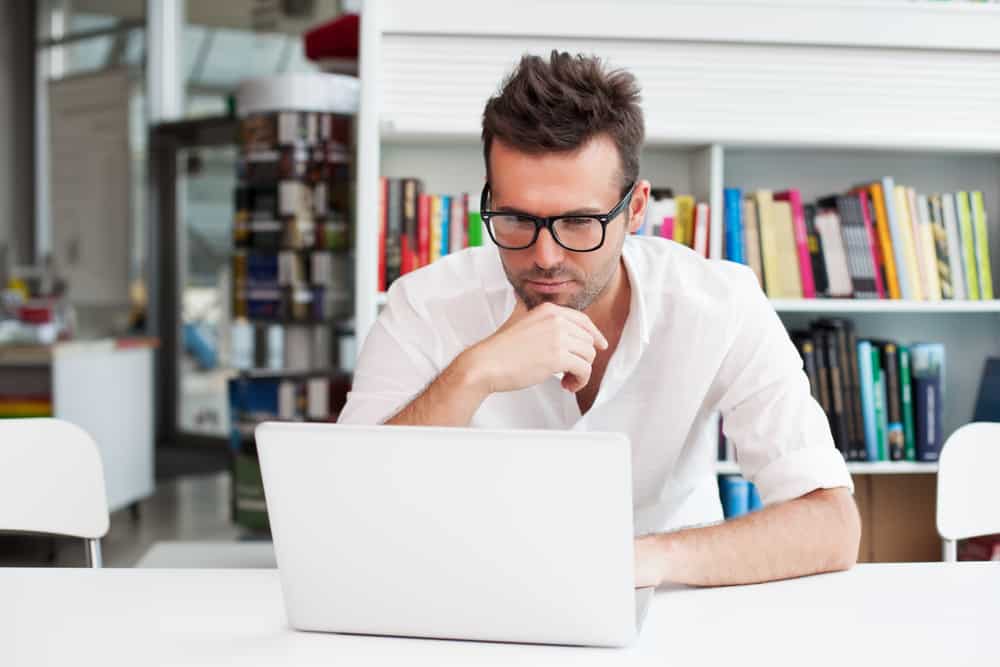 How To Use Snappy Driver Installer 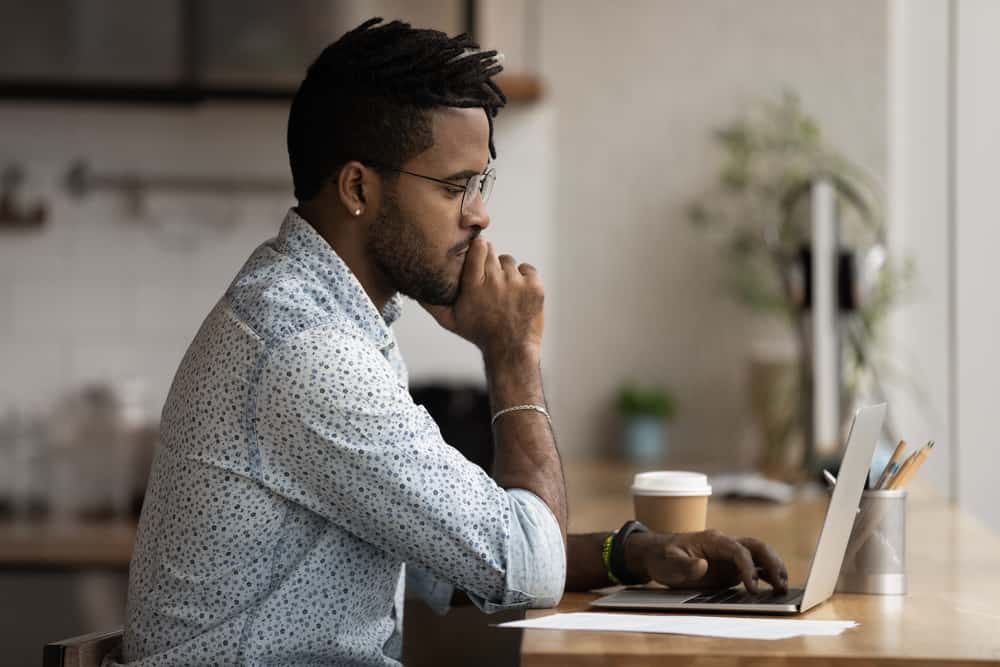 Before you do anything else, mark the two checkboxes you see under the “Options” tab at the top.

The first option, “Create a restore point,” lets you reverse the process if anything goes wrong.

The second one, “Reboot PC after installation,” allows the tool to restart your PC automatically.

(In case you want to update all the drivers, you can also hit “select all” to mark them all at once.)

Then, hit the “install” tab in the upper right corner.

Note: In SDI Full version, you’ll get three downloading options as soon as you launch the app.

You should notice that it takes about 18 GB of space.

You can also hit the “Updates are available” option at the upper screen to get the driver packs.

Next, press “Check All Drivers” instead of “Check only needed for this computer.”

How to Uninstall Snappy Driver Installer 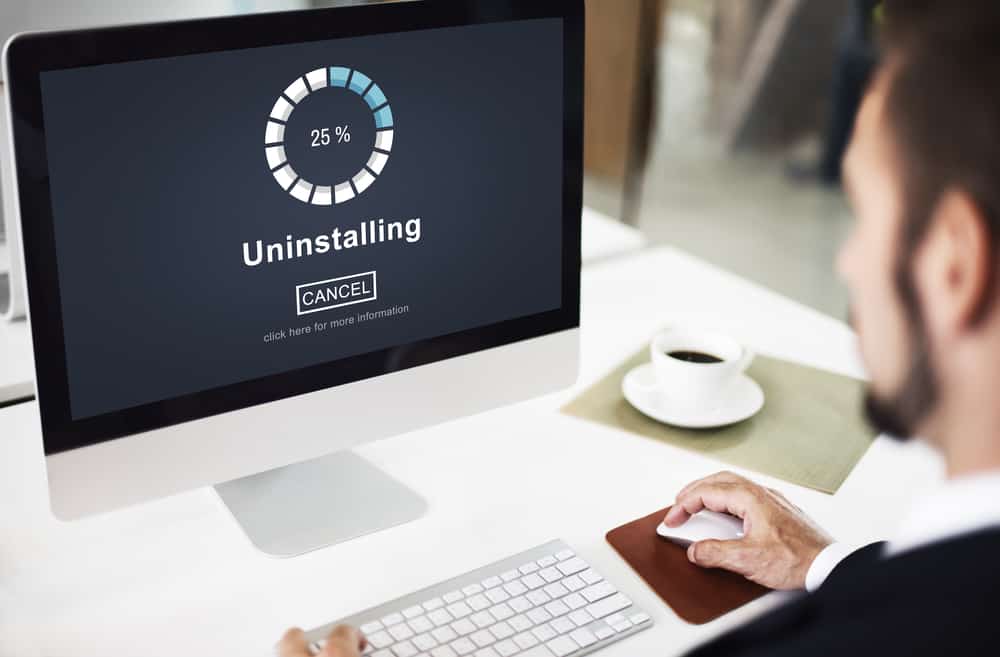 You can always uninstall the app if you’re not satisfied with its performance, downloaded the wrong version, or for any other reason.

Is Snappy Driver Installer Safe? (Everything To Know)