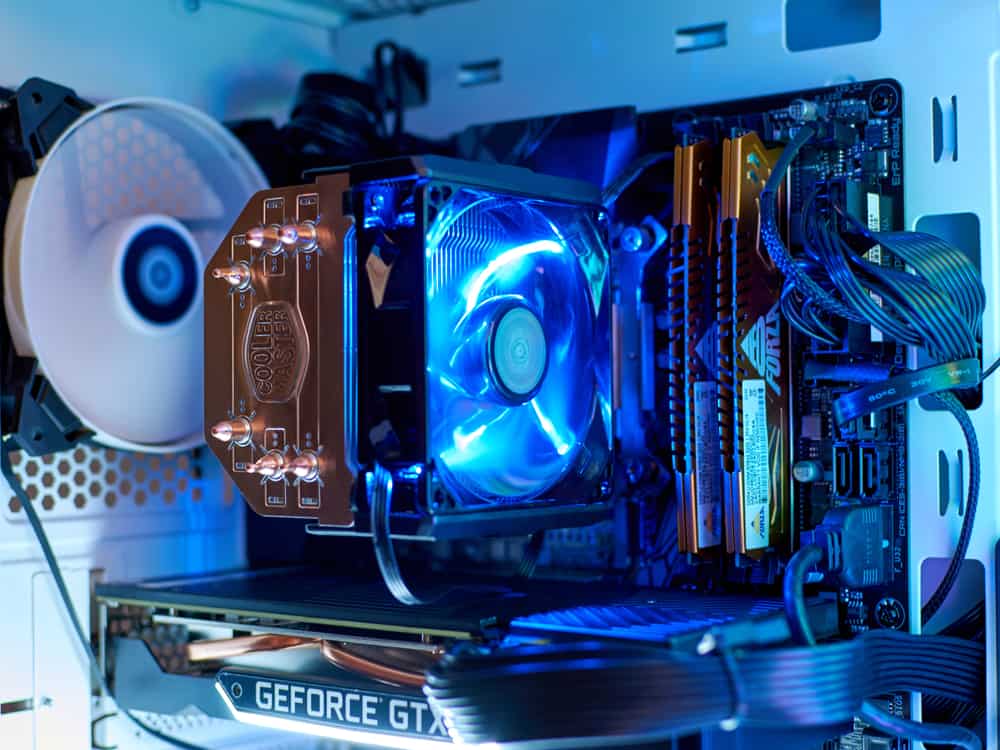 Whether you’re a pro or a beginner in the PC world, you have probably heard of overclocking the CPU.

This practice helps PC enthusiasts get all the available power out of the CPU and put it to use in gaming, programming, designing and editing, and performing other heavy tasks.

You might be tempted to do the same, but the truth is that not all CPUs can handle the huge load that overclocking puts on them.

Some CPU models are solely built for overclocking, and if you want to find out if you have one in your system, read on.

Is My CPU Overclockable? (3 Ways To Know)

1. Know What CPU And Motherboard Model You Have 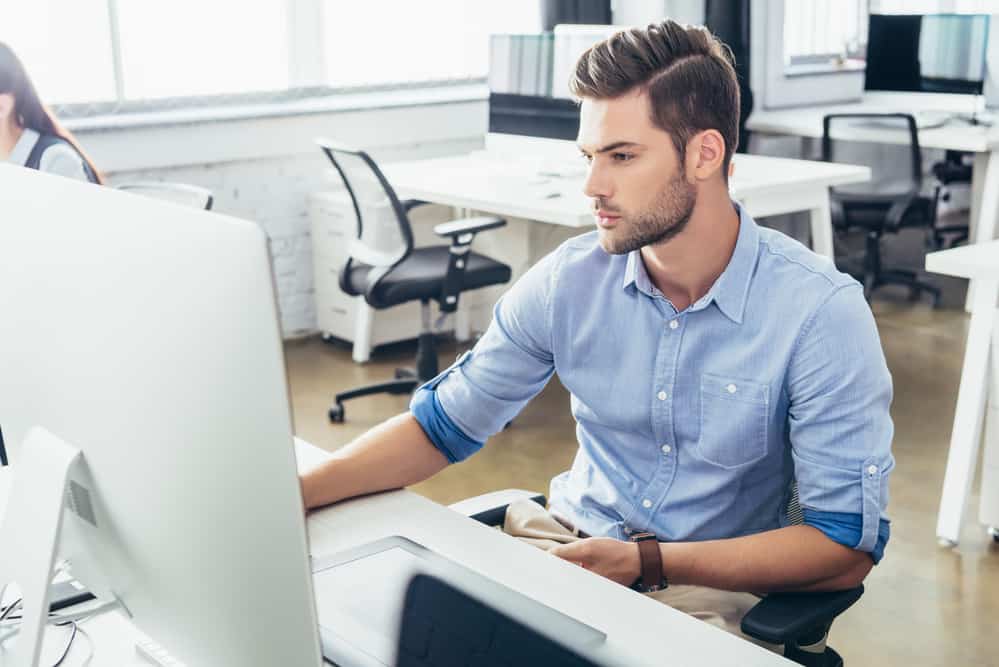 This section will provide you with several ways of finding out what CPU and motherboard are installed on your PC.

You should know the CPU model specifications to find out if you can overclock it.

If you already know your CPU brand and model, skip to the next step.

CPU-Z is a free and capable system diagnostic software that can show you anything you need to know about your system specifications, including the CPU name, model, speed, number of cores, and so on.

If Windows doesn’t boot up on your system, you’ll have to find the CPU specs using other methods.

Firstly, you can use the computer manual or documentation that came with it or search for them online.

The CPU specs will most likely be there.

Secondly, you can find the information in your PC’s BIOS or UEFI firmware settings screen.

Once you find out your computer’s CPU specs, search for its motherboard model using the following steps:

2. Find Out If The Model Is Configured As Overclockable 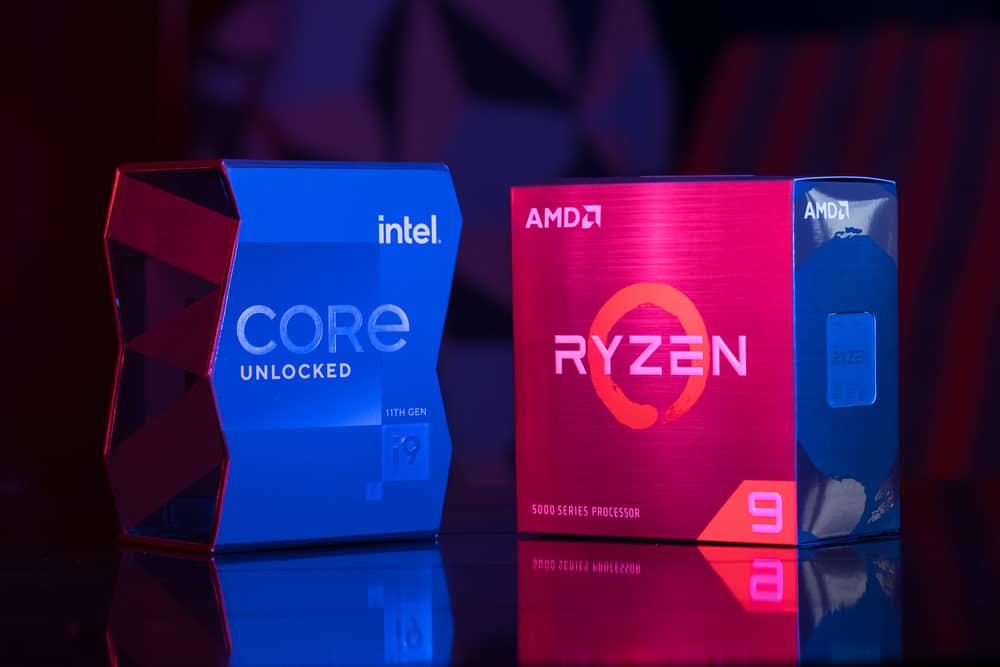 Only high-end laptops dedicated to gaming, programming, or video editing have CPU overclocking capabilities, and their manufacturers specifically state that they’re overclockable in their specifications.

If you have a laptop and it’s not a high-end one, your CPU isn’t overclockable.

Intel has a “K” series among its CPU models, referring to the “Unlocked” CPUs.

Simply put, if the name of your CPU model ends in the letter “K,” you can overclock it.

Also, the Intel Pentium G3258 CPU is overclockable, as well.

The FX series is unlocked and can be overclocked among the AMD CPU models.

The AMD CPUs that end their name in “K” are also overclockable.

3. Ensure If Your Motherboard Has Overclocking Abilities 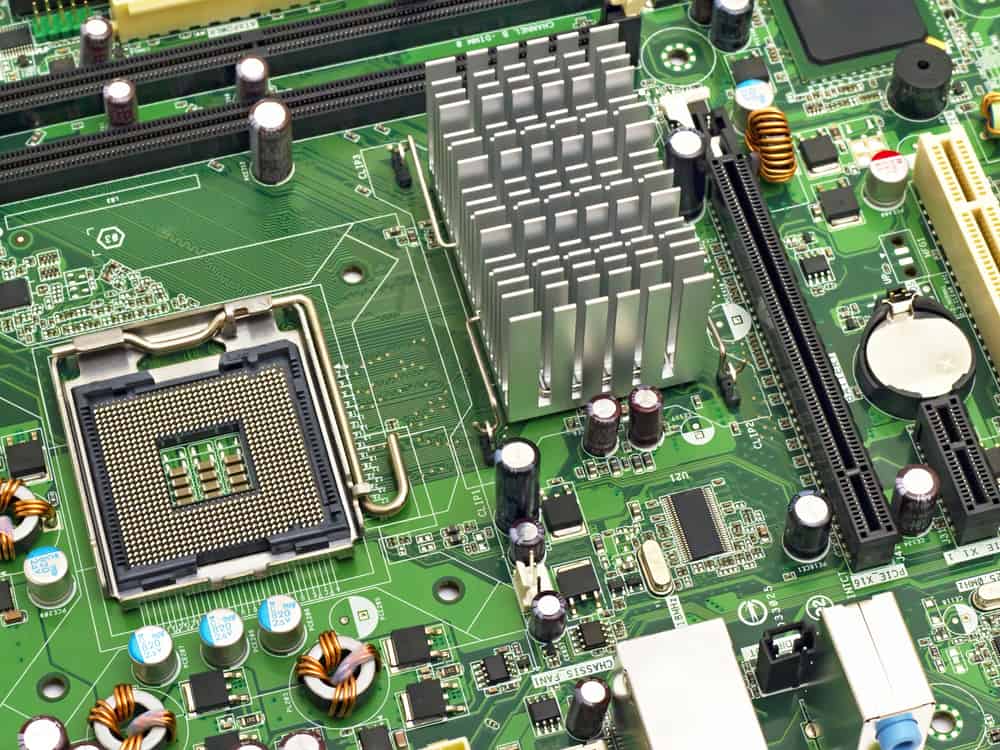 If your CPU is one of those with overclocking abilities, you need to check your motherboard next.

A quality motherboard with a solid Voltage Regulator Module will ensure the stability of your system and longevity of your components when you overclock your PC.

You’ve found your motherboard model in the previous step.

Search online for its overclocking capabilities and make sure it can perform well. 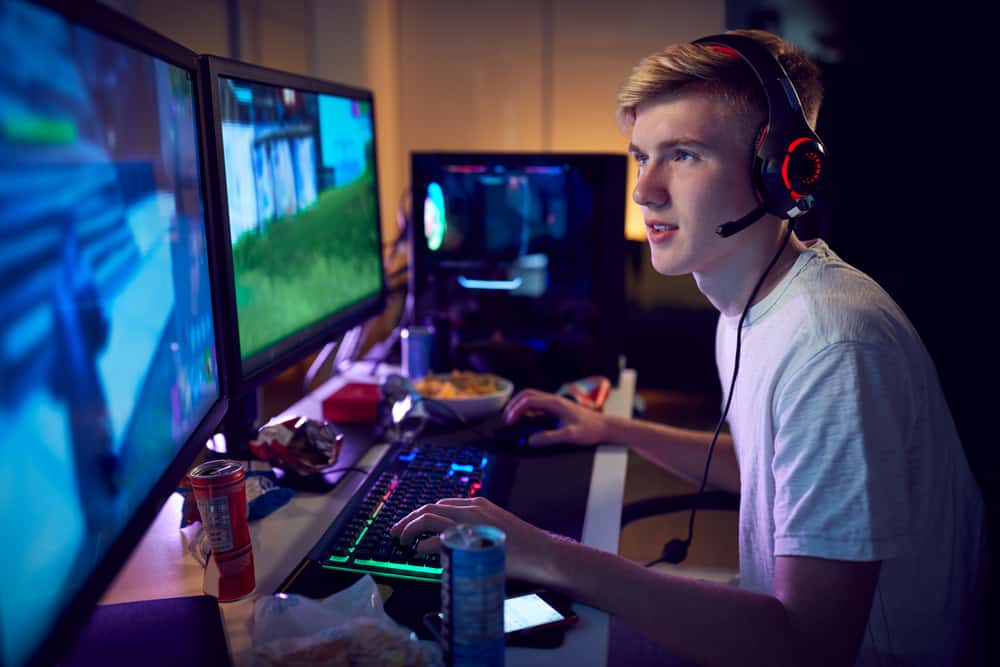 Before we start with identifying the overclocking abilities of your CPU, you need to learn about a couple of technical features.

The more cores your CPU has, the better its performance and efficiency, especially in heavy tasks.

Each CPU has a dedicated clock speed which refers to the operational and processing speed of the CPU cores.

It shows the number of cycles a core performs per second, measured in Hertz.

The clock speed has three measures:

It means it’s not under stress and performing lighter tasks.

The manufacturer specifies this number in the CPU’s specifications.

Most mainstream CPUs have their Turbo frequencies listed under their specs, but entry-level CPUs don’t have this information.

How To Check If Your CPU Is Already Overclocked? 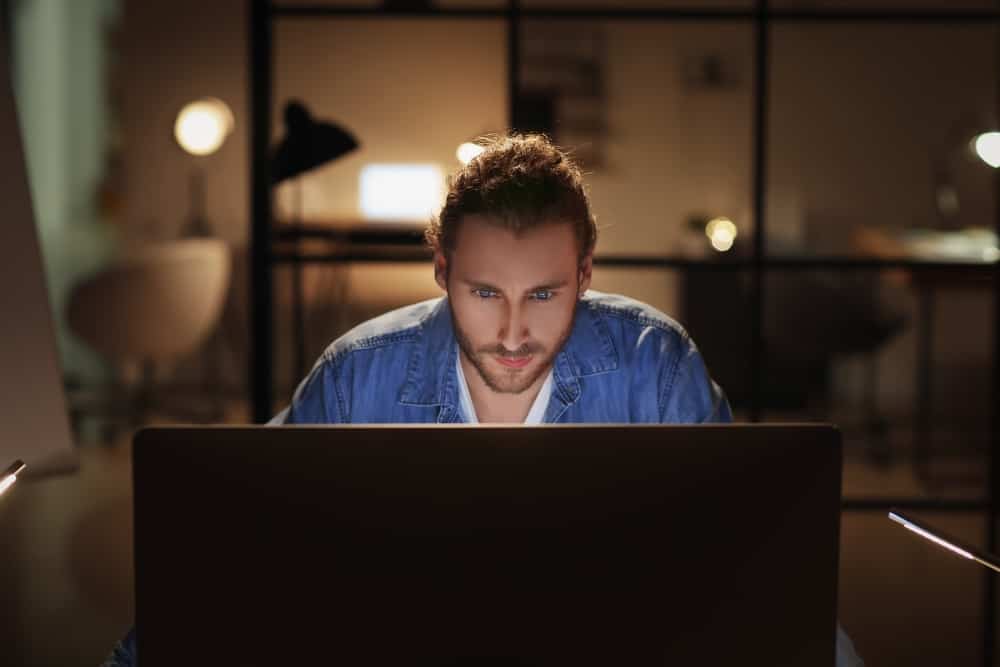 There can be many reasons someone would want to check if their CPU is overclocked.

Your system might be performing out of balance, and you might want to look into the CPU frequency as a culprit.

Moreover, you might have just overclocked your CPU, and you might want to check whether the process was successful or not.

However, you should know that overclocking isn’t an automated process, and it doesn’t happen to the CPU unless the user does it.

Also, CPUs don’t come overclocked when you first buy and install them.

Therefore, if you haven’t tweaked anything, don’t worry about your CPU being overclocked.

To find out if your CPU is overclocked or not, you first need to know its base and turbo frequencies.

Take the name and model of your CPU that you found in the previous sections and search for it online to find out its original clock speed.

Now, use one of the following methods to determine what speed your CPU is working at right now.

Compare it to the original clock speed, and if it’s more than it should be, your CPU is overclocked.

If it’s more, your CPU is overclocked.

As mentioned earlier, CPU-Z is a free tool you can install to get all the detailed information you’ll need about your hardware.

If the Diagnostic Tool doesn’t open up, you’ll have to download and install it on your PC.

If it’s higher than the Turbo speed, your CPU is overclocked.

Another app that provides you with your system information is the HWiNFO app that you can download and install easily.

The last and most advanced method for checking whether your CPU is overclocked is through the System BIOS.

Most newly-manufactured computers have the same method of entering the BIOS.

You’ll have to press one of the following keys on your keyboard while the computer is booting up:

Depending on your motherboard model and BIOS version, this option could have different names. 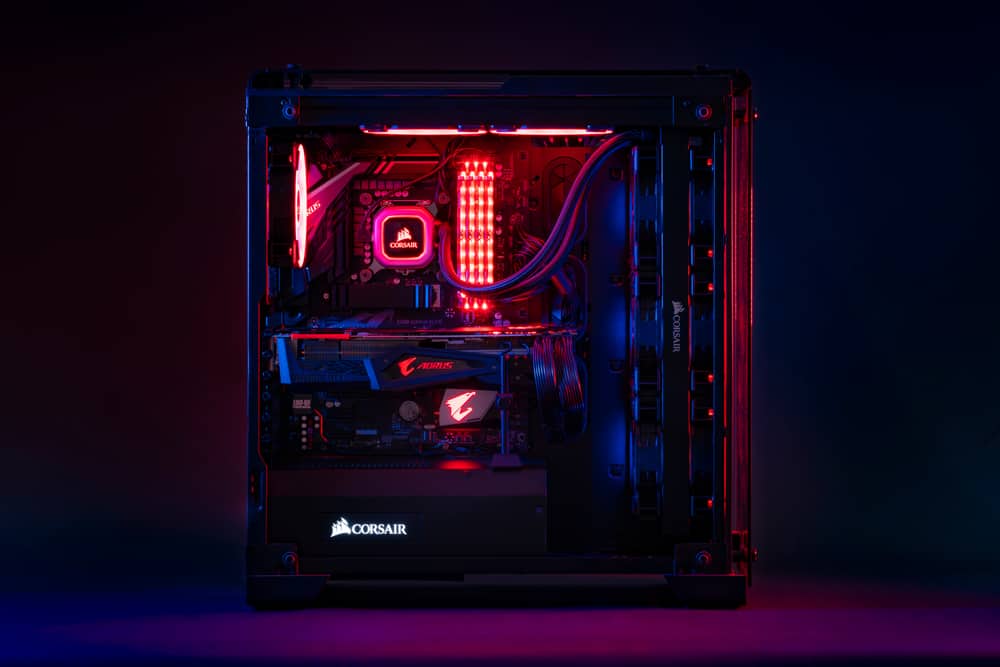 After finding out if your CPU has been overclocked, you should decide if you want to keep it that way or not.

However, it comes with its own risks and drawbacks.

If you’re not careful with overclocking, it can lead to stability issues in your System.

You might experience bluescreens, freezes, and similar system errors.

Your PC might even shut down all of a sudden to protect its components from further damage.

The CPU generates heat while operating in its normal state.

It’ll start overheating if you overclock your CPU and put a huge load on it.

You need to prepare your setup for overclocking and install a powerful airflow heatsink or an All-in-One (AIO) water cooling unit to cool down your CPU.

The more work your CPU does, the more power it’ll need to stay functional.

Your PSU needs to provide the high voltages your overclocked CPU needs.

Therefore, you’ll need a high-quality and reliable PSU with a Bronze, Gold, or Platinum certification, or else your CPU will get damaged.

Is My CPU Overclockable? (3 Ways To Know)