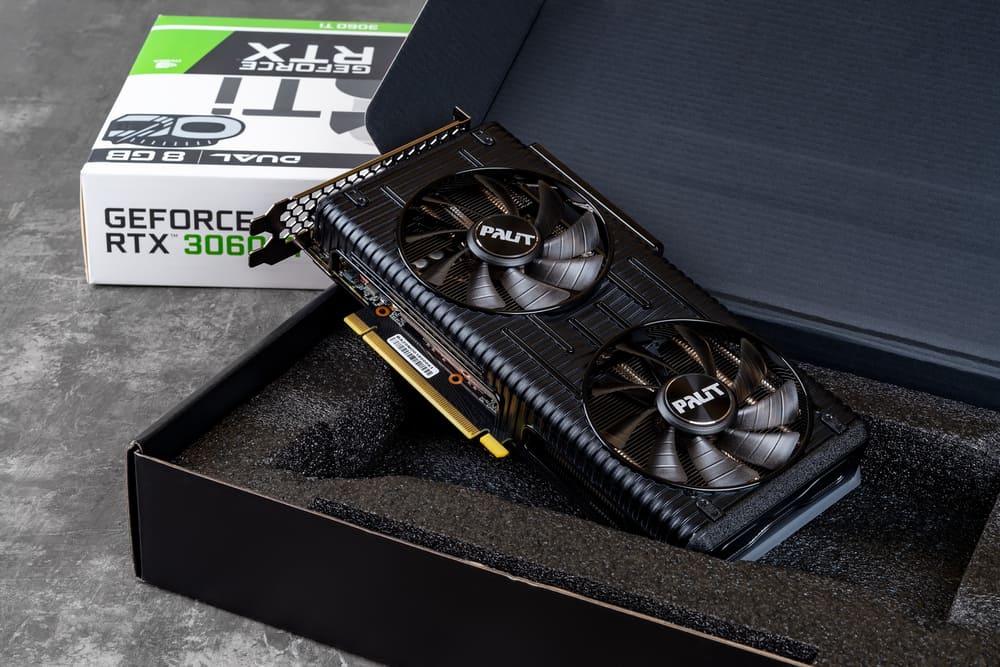 As a gamer, digital artist, video editor, programmer, or anyone who needs a powerful gaming computer in terms of graphics, you must know the importance of the graphics card.

Nvidia has a feature named SLI that makes it possible to double the power of your graphics card without any hassle.

If you want to know how to prepare, install, and test SLI on your computer, this article can help guide you through the process. 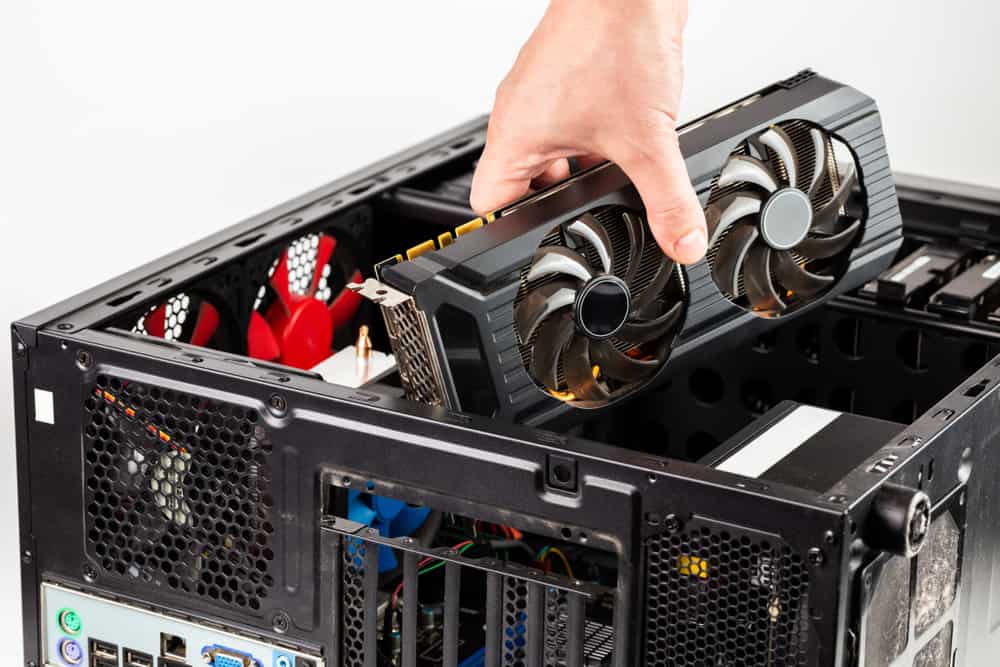 Later, Nvidia re-released SLI with new updates in 2004 for use in modern computer systems on certified motherboards based on the PCI Express (PCIe) buses.

Simply put, SLI allows two to four video cards to work together in a single system and share the workload.

It incorporates a parallel processing algorithm to achieve this technology.

The algorithm takes the data, breaks it down into smaller pieces, and lets multiple cards work on various elements simultaneously.

The SLI technology aims to improve the performance of programs, especially in terms of frames-per-minute count, lighting, shadows, and texture quality.

However, not all games and apps support SLI.

Nvidia provides SLI profiles in their driver package for the apps with SLI support.

This way, you won’t have to set up anything manually.

What Is An SLI Bridge? 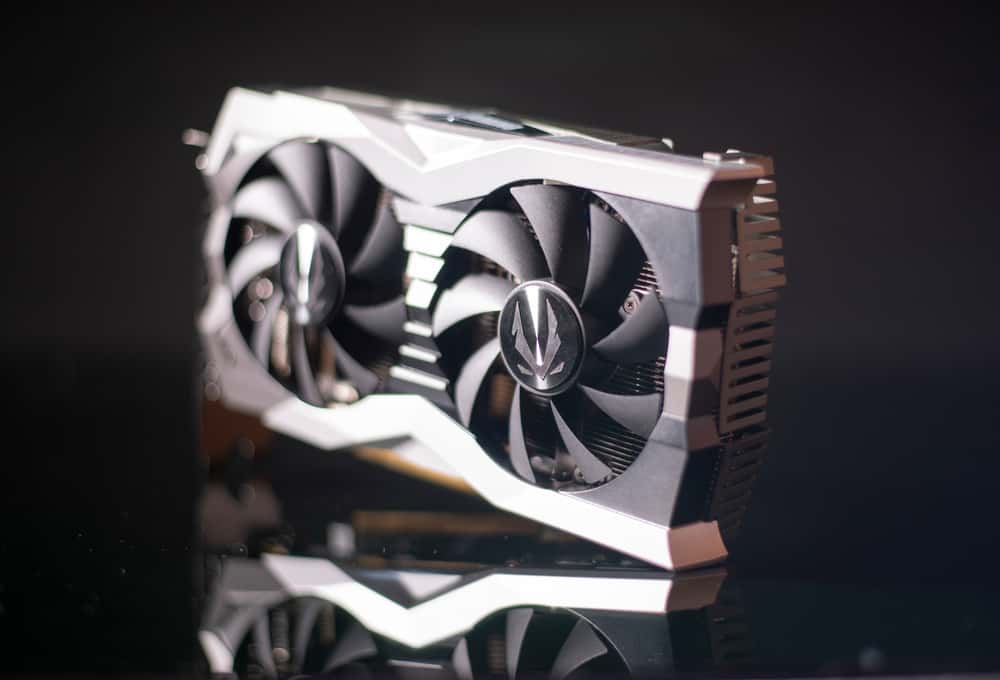 The SLI technology works on a master–slave basis.

It means that one card functions as the master and the others work as slaves.

The master gathers all the information from the slaves and acts as the final port of call by sending finalized 3D rendered graphics to the display.

For that communication to be possible, Nvidia uses the SLI bridge.

This is a physical connector that links the graphics cards together and shares data without using any bandwidth on the PCIe slots.

You can also connect three or four GPUs by single bridges connecting every card or combining two two-way bridges.

There are three types of SLI bridges:

The standard bridge has a 1GB/s bandwidth and a 400 MHz Pixel Clock.

It delivers a 540 MHz Pixel Clock.

The HB bridges are sold exclusively by Nvidia.

How To Prepare And Install Graphics Cards 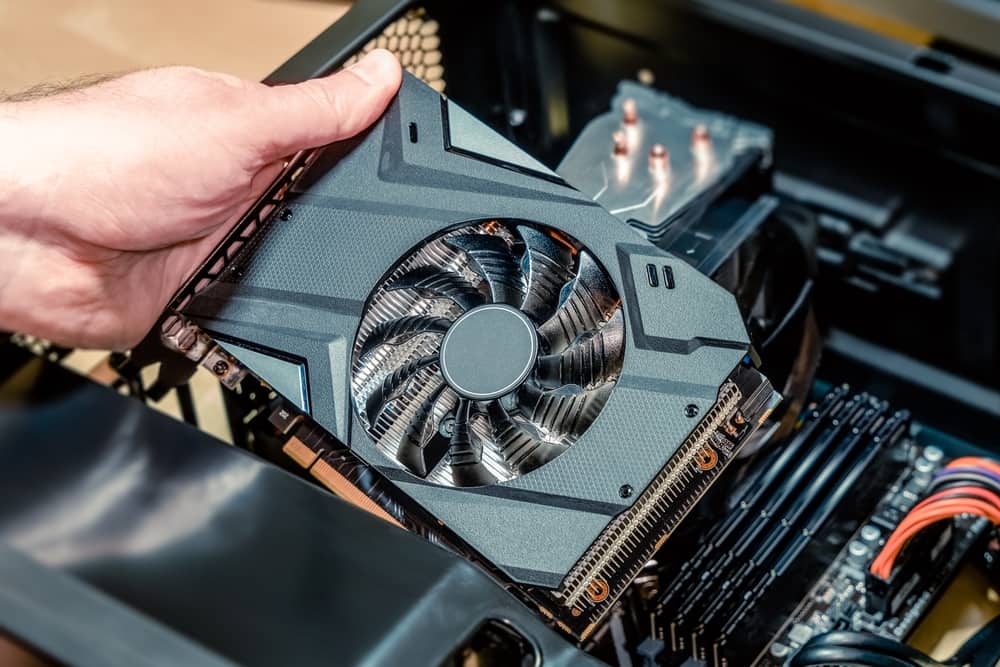 Before you begin installing the graphics card and SLI, you’ll have to make sure your system is prepared.

As the first step, ensure that your OS supports SLI.

You can use three- and four-card SLI on all the mentioned operating systems but Linux.

Next, check if your existing PC components support SLI.

You’ll need a motherboard with multiple PCI-Express slots for holding the GPUs.

A capable power supply unit with multiple connectors for the GPUs is required.

The more the number of graphics cards, the more power the PSU should supply.

The graphics cards you obtain should also be SLI-compatible.

Moreover, the GPUs should have the same model and memory amount.

They all need to come from Nvidia, but not necessarily from the same manufacturer.

They don’t need the same clock speed, though it’s best for the overall performance if the speeds are the same.

Now that you’ve prepared the system, you’ll have to install the graphics cards you’ve purchased on the motherboard.

Insert them as you would normally insert a GPU into the motherboard’s PCIe slots.

Secure them with screws afterward.

Now attach the SLI bridge to the top of the graphics cards, and you’re done!

Should You Enable SLI In BIOS? 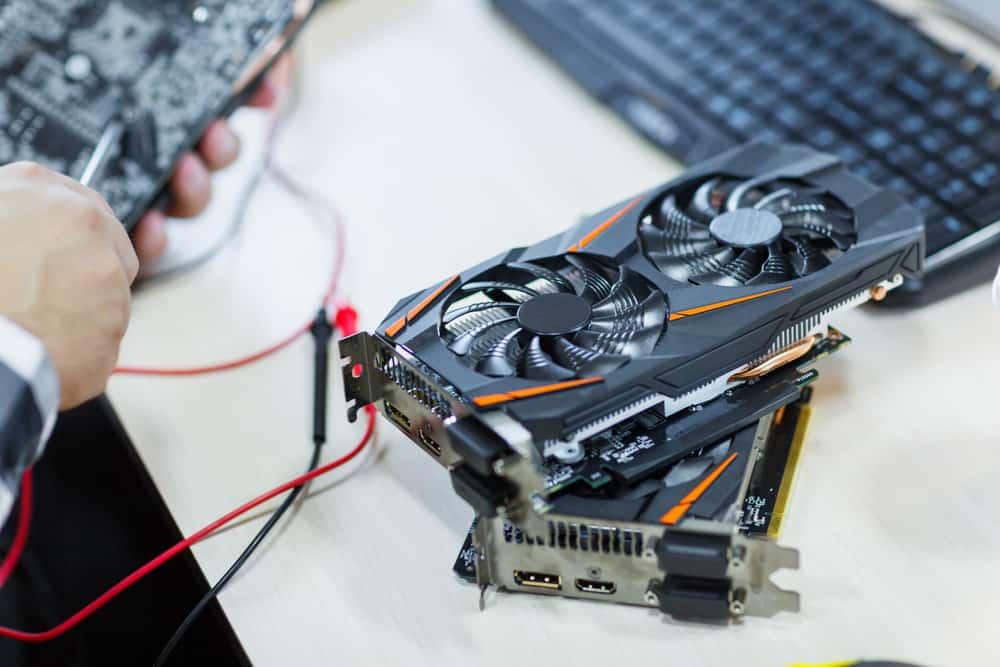 Many people believe that there’s an option in the BIOS interface for enabling the SLI feature.

However, you won’t need that if you’re using a modern setup with a motherboard that supports SLI and an SLI bridge.

This misconception might be because of the fact that you install the GPUs on the PCIe slots on the motherboard, but as mentioned before, the graphics cards communicate through the SLI bridge and not the PCIe slots.

The process for enabling SLI is done through the Nvidia Control Panel, and that’s all you’ll need.

We’ll explain it in the next section.

Some users believe there used to be an SLI option in the BIOS when the technology was first released, back in the Nvidia nForce 4 days.

Therefore, if you’re using a very old system, it might be worth trying to check out the BIOS for the option.

You can check your motherboard manual to find out which BIOS settings you need to change.

How To Set Up SLI For Running The Graphics Cards 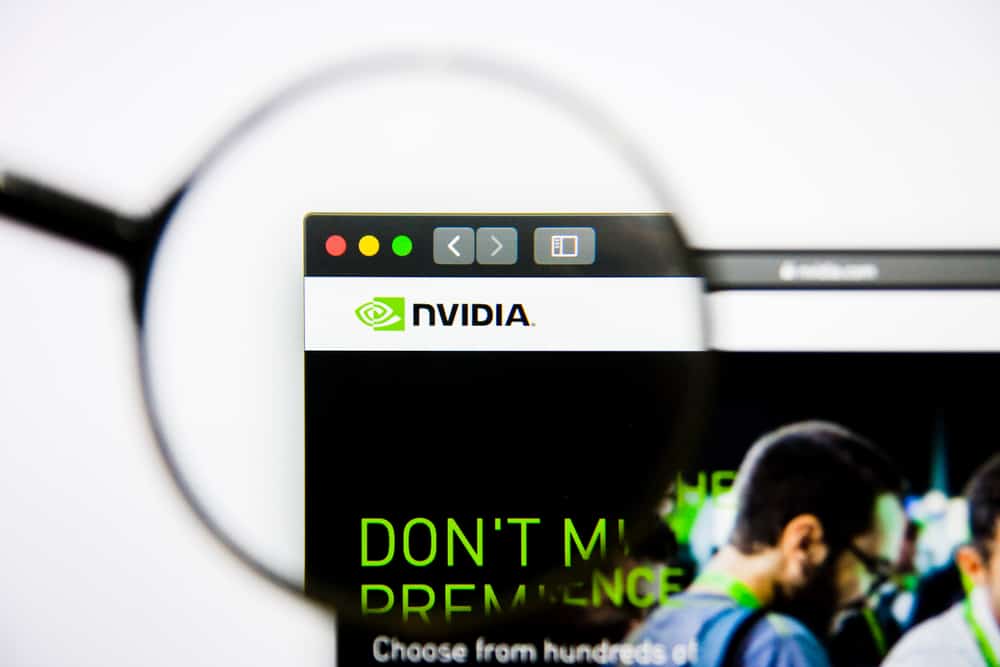 After inserting the graphics cards, close up the case and restart your computer.

Once the system boots up, the operating system should detect your graphics cards automatically and start installing their drivers.

The process might take some time since multiple graphics cards need individual drivers.

If the installation doesn’t start by default, you can head to Nvidia’s official website, search for the model of your GPUs, and download the latest version of their associated drivers.

Simply run the installation file that you’ve downloaded and follow the instructions to complete the setup.

The window that opens up allows you to tweak your graphic’s settings whenever you want.

Your screen will probably flash several times, which is a good sign, and confirm that you want to keep these settings if the system asks.

How To Test The SLI Performance 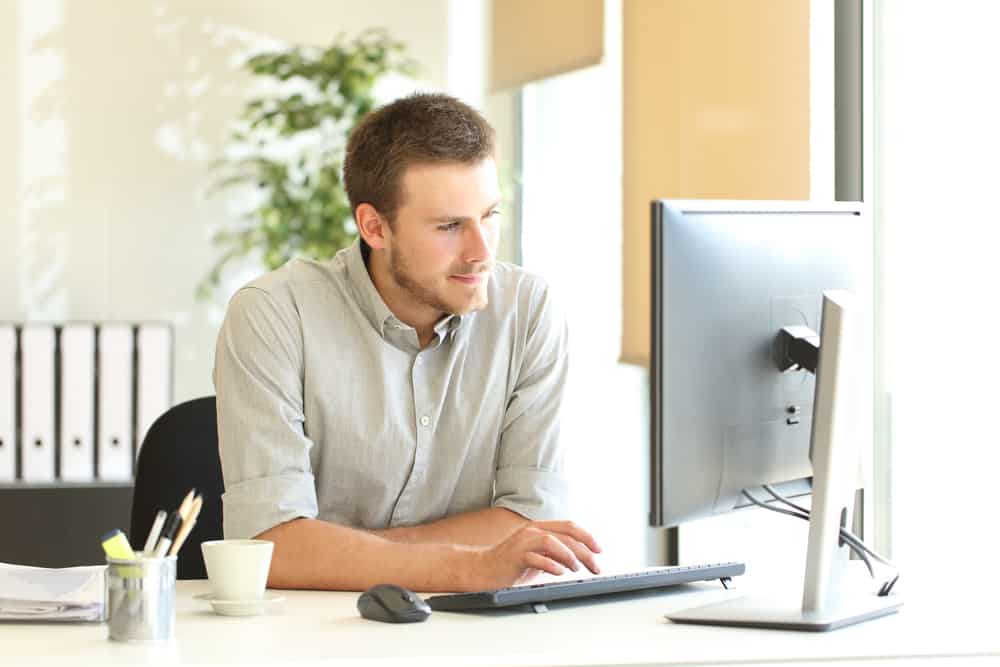 If you want to test the performance of the SLI and ensure it’s working well, you can run the frames per second test.

This is a baseline test for computing power and making sure everything is running smoothly.

Choose a game that supports SLI and go through its settings to find the option to tweak the frames per second rate.

As most gamers do, set the number to 60 fps or higher with high resolutions, depending on the graphics card and SLI bridge model you’re using.

See if the game can run smoothly without any lags and stutters.

Also, the Nvidia control panel has a feature called the SLI Visual Indicator.

Open the control panel and click on the 3D Settings option.

A bar should appear on the left side of your screen.

Run a game that supports SLI and notice the bar change.

If the bar becomes taller, it means that the SLI scaling is increasing, indicating that your graphics cards are working well with SLI and improving your system’s visual performance.

If the bar isn’t changing that much, the SLI configuration doesn’t have a significant effect on the display.

Remember that different games and programs experience a different boost when running on SLI.

Try running another game and monitor the bar again.

What To Do If Something Goes Wrong 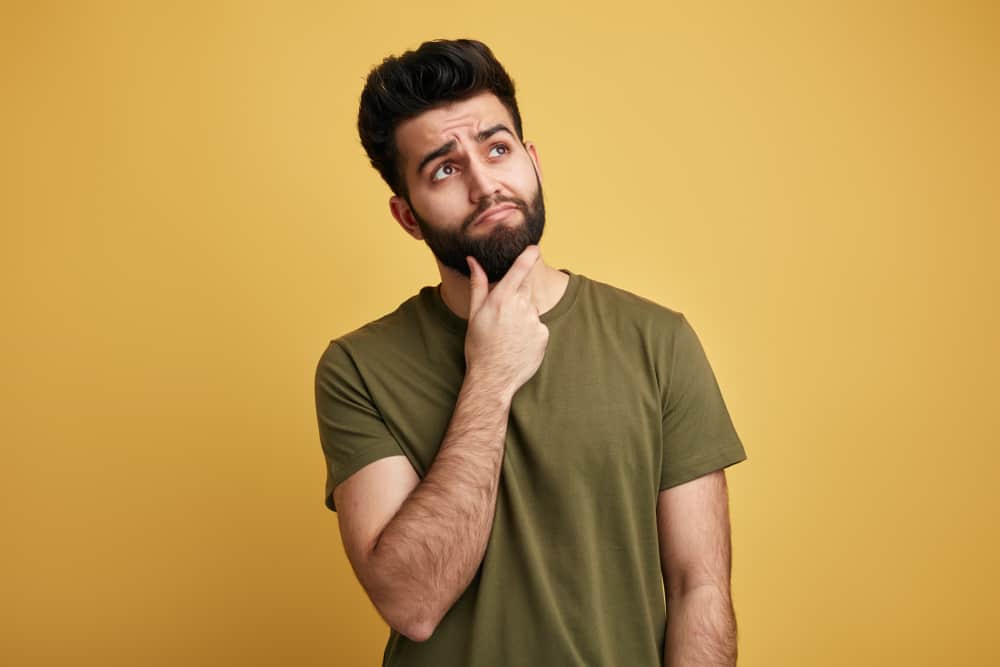 If you don’t see the SLI configuration option on the Nvidia control panel when setting up the feature, or if you encounter another issue in the process, go through this troubleshooting list to solve it:

1. Check If All GPUs Are Detected

Head to Device Manager and expand the Display Adapters section.

You should see two or more identical graphics cards showing up in this section.

If you don’t see all of them there, the system hasn’t recognized the GPU.

Open up the case and reseat the GPUs and ensure they’re seated correctly.

Swap the slots where your cards are seated and try again.

Try installing one graphics card at a time and see if the system recognized them that way.

If not, the graphics card may be defective.

2. Check If The GPUs Are Getting Enough Power

If your motherboard isn’t providing enough power for the graphics cards, problems may arise.

Most motherboards have a built-in power connector with four pins next to the PCIe x16 slots, and its job is to preserve the integrity of the power signal for the PCIe slots.

Ensure that you’ve plugged in all the necessary power connectors correctly.

The Power Supply may not be delivering enough power to the graphics cards.

The minimum wattage for an SLI setup is 450 Watts.

The stronger your GPUs, the more power they’ll need.

Here’s a list of the best power supply calculators:

You’ll have to enter all of your PC components, including the GPUs, and the software will give you the total amount of power your system needs.

Check the current PSU’s manual or manufacturer website and see how much power it can provide.

If it’s less than what your computer needs, change it.

Some PSUs don’t have PCIe auxiliary connectors, and you’ll have to get an HDD to PCI-express power adapter for them.

Some old legacy motherboards need you to configure your jumpers and enable the correct settings for them to support two or more graphics cards in SLI mode.

Refer to your motherboard’s manual or consult the manufacturer on how to enable the feature properly.

Try the following two methods to update the BIOS:

First, you need to go to the official website of your motherboard’s manufacturer.

Search for your motherboard by name, serial number, or service tag.

Find the BIOS section and select the latest file listed.

Download the file that is usually in .exe format.

Once you open the file, your system will restart, and a BIOS update page will appear.

The process can vary slightly from one brand to another.

Most motherboard manufacturers offer dedicated applications for updating the BIOS.

Here are some of the famous brand’s software:

Occasionally, installing new display drivers will cause problems with the chipsets, causing problems.

When experiencing trouble with the graphics card, it’s best to reinstall the chipset drivers.

How To Enable SLI In BIOS (Step-By-Step)