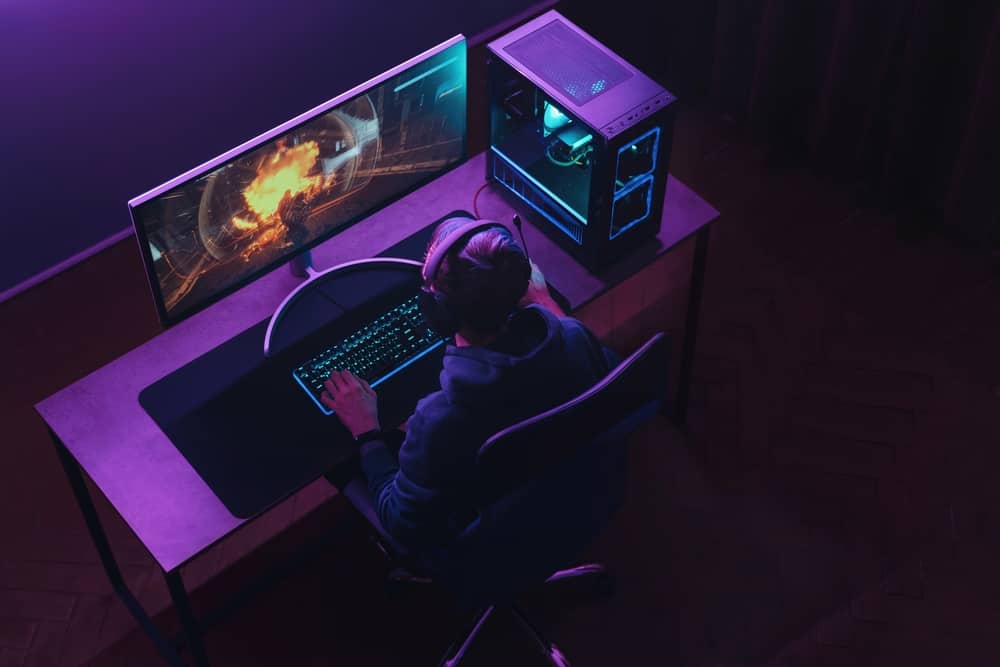 You’ve probably spent a fair amount of money building your first gaming rig, and now you want to sit behind it and play games all day.

Gaming PCs are famous for being power-hungry beasts.

Do gaming PCs use a lot of electricity?

How much is their consumption?

How Much Electricity Does A Gaming PC Use? 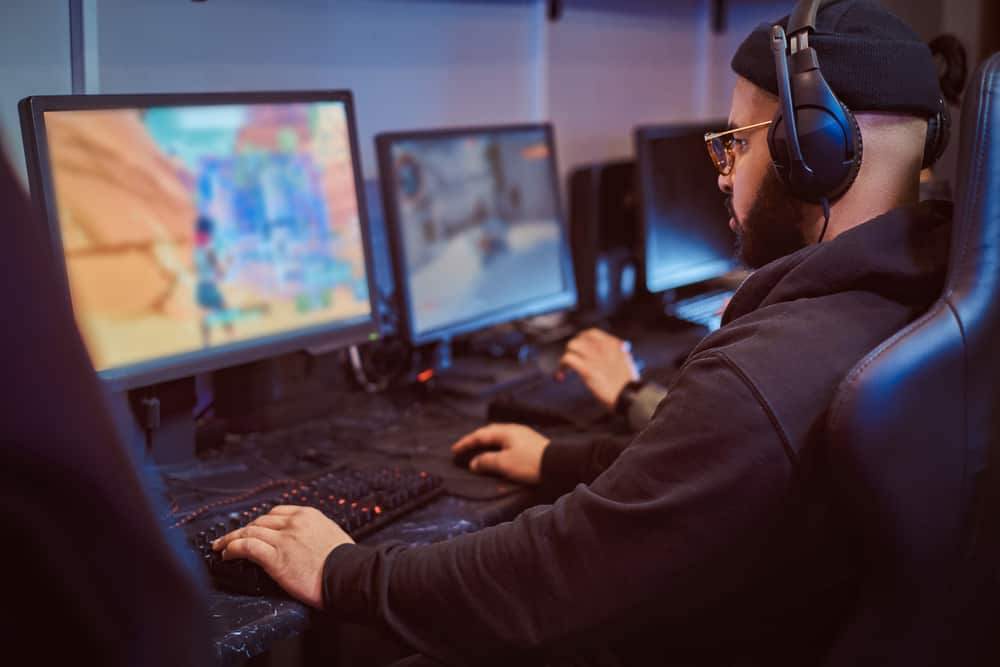 A gaming PC uses between 400 and 700 watts of power depending on its hardware configuration and software usage.

That translates to around $8 per month, assuming you use your computer for five hours each day and pay an average of $0.15 per kilowatt-hour.

Of course, that calculation is merely an upper estimate, and your numbers could be much lower if you’re not a heavy computer user.

The electricity cost of running your PC depends on a few factors:

You can use the table below to estimate the hourly costs of running an average gaming PC, depending on how you use it and how much the company charges you per kilowatt-hour.

The last two columns give you estimated daily and monthly costs, assuming you play two hours a day, do regular tasks for another two hours, and leave the computer idle for one hour.

Note: To find your kilowatt-hour cost, visit your local power company’s website. Make sure to check if their rates vary at different hours of the day so that you can adjust your usage and lower your bill.

Note 2: The costs in the table above are in USD. If you live in another county, you can Google your currency’s conversion rate to USD and multiply the numbers by that rate.

As mentioned above, your hardware significantly impacts how much power you consume.

Moreover, different pieces of hardware have different mechanisms to optimize their power consumption.

Even the same hardware doesn’t use a fixed amount of power.

Its consumption rate varies based on the task it performs.

We’ll consider three tiers of specs and how much wattage you can expect from each one. 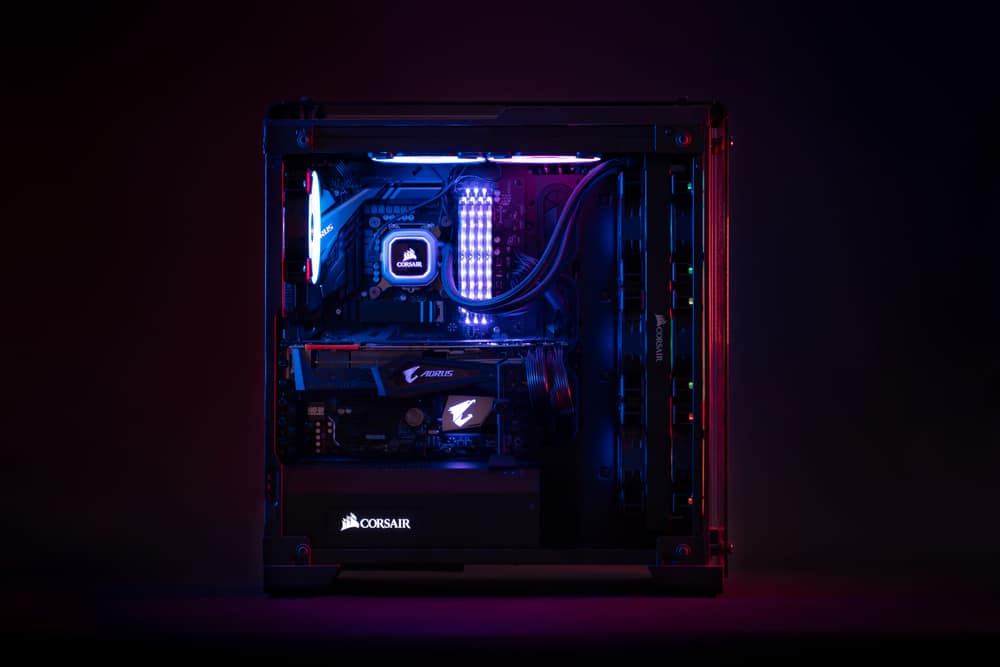 And overclocking both CPUs would increase their power intake.

The regular RTX 3090 uses around 20 percent less power if you want to take this down a notch.

Also, don’t forget about your monitor because it may draw 50 to 70 watts depending on its size and model.

Assuming you play with your computer for two hours, use it for regular tasks for another two, and leave it on for one hour, here are estimated costs.

Note: Because the monitor has a dedicated power cord, it doesn’t draw power from your PSU, but it still uses electricity which you have to pay for. 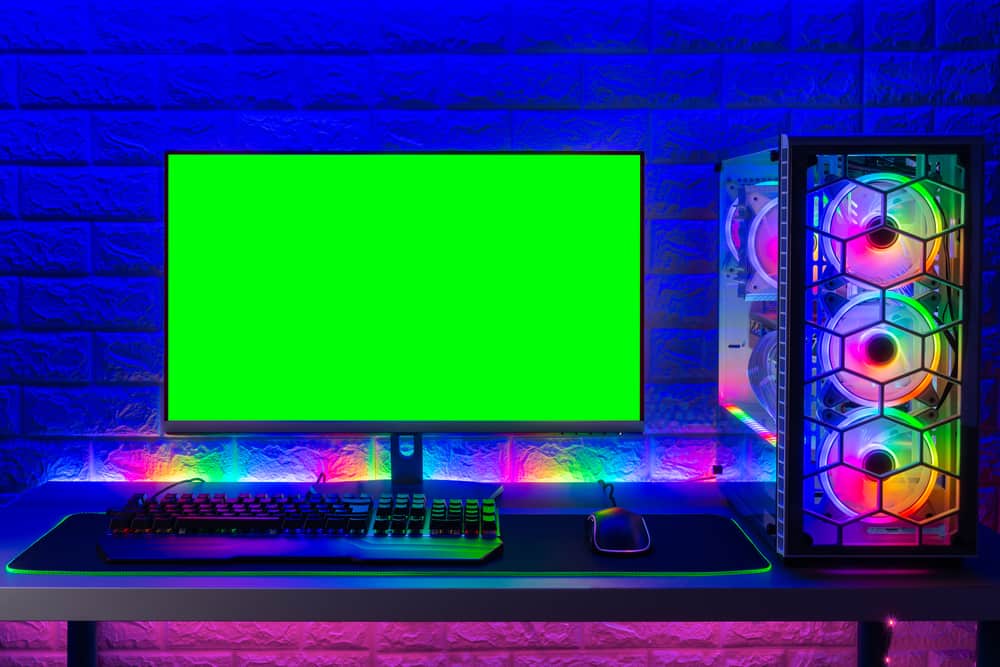 Average gaming PCs are for those users who want to spend a reasonable amount of money for reasonable computing horsepower.

These PCs don’t necessarily come with the most expensive parts, but you can expect a fair amount of power consumption from their carefully-selected components.

The AMD CPU uses around 65 watts, while the Intel one draws around 75, and it may even spike to 85 watts in short intervals.

Both CPUs use more power if you overclock them.

You’ll need about 60 watts for your motherboard, while your cooling will take up 15 to 20, and you probably won’t have RGB.

Finally, a mid-range monitor will require between 40 to 50 watts of power to run.

With the same assumptions about your usage as in the last scenario, here’s how much running this PC will cost you: 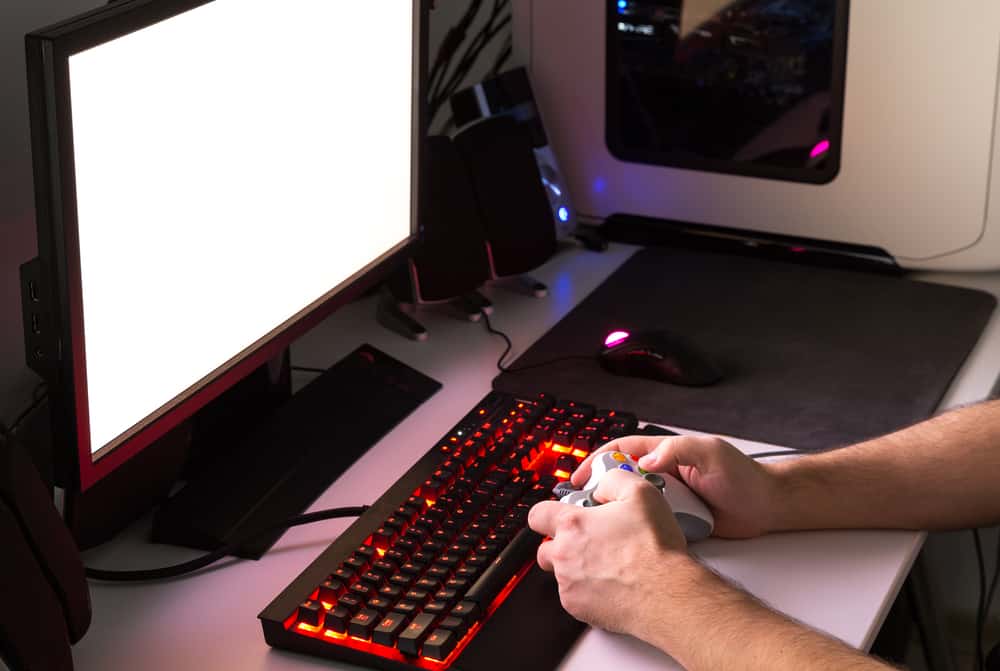 A budget gaming PC is designed to have the best components money can buy without exceeding a maximum price.

These PCs usually consist of the bare minimum hardware with stock cooling, and they have a 450 to 550-watt PSU.

They may also avoid the latest generation of hardware to minimize costs.

The extra wattage from the motherboard, storage, and cooling for a budget gaming PC won’t exceed 100 watts.

Interestingly, budget monitors don’t use more than 25 watts, and you may even find options that run on as little as 16 watts.

Once you add up those numbers, here’s how much a low-end gaming PC will cost you with the same usage assumptions.

Note: If you’re on an extremely low budget, you can choose AMD’s G series CPUs which come with integrated GPUs and offer acceptable performance.

They even use less power than when you have a dedicated graphics card.

Here’s a brief overview of how these chips perform:

How To Measure Your PC’s Electricity Consumption 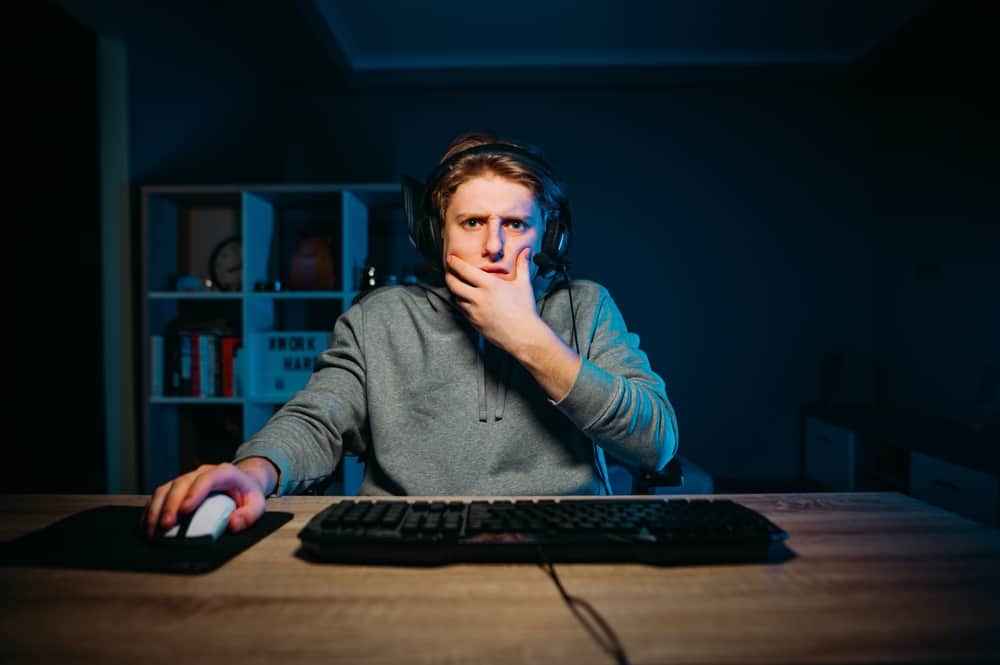 Although we’ve given you multiple detailed estimations, the numbers are still estimates.

If you’re interested, you can measure the actual amount of power that your PC uses pretty easily.

All you need is a power meter and a relatively simple formula (or online calculator).

A power meter is a simple instrument that measures how much electrical power passes through an outlet.

If you don’t have a power meter, you can buy one from Amazon for around $30.

Plug the power meter into the outlet and plug your power bar into the meter.

This way, you can accurately measure how much power your system draws.

Use your computer how you normally would for a few hours or a day.

Then check the aggregate power consumption for the period and multiply it by your per kilowatt-hour cost to see how much you spend on power every day.

You can extrapolate your monthly and annual expenses by multiplying that number by 30 and 365, respectively.

How Much Power Do Peripheral Devices Use? 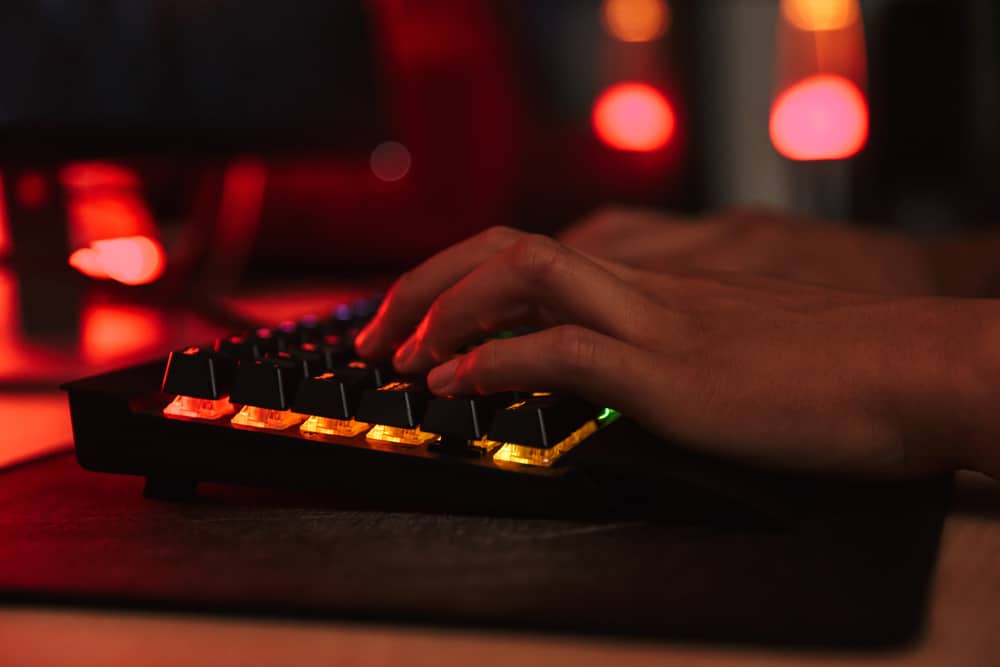 USB devices such as keyboards and mice barely use more than 1 watt of energy to operate.

Other USB input devices such as steering wheels, joysticks, and thumb drives also use negligible power.

USB speakers tend to be more power-hungry at around 2.5 watts.

If you use speakers with dedicated power cords, though, you can expect anywhere from 20 to 200 watts of power requirement.

Finally, an external hard drive draws up to 7 watts of power from your PC to work.

How To Optimize Your PC’s Power Consumption 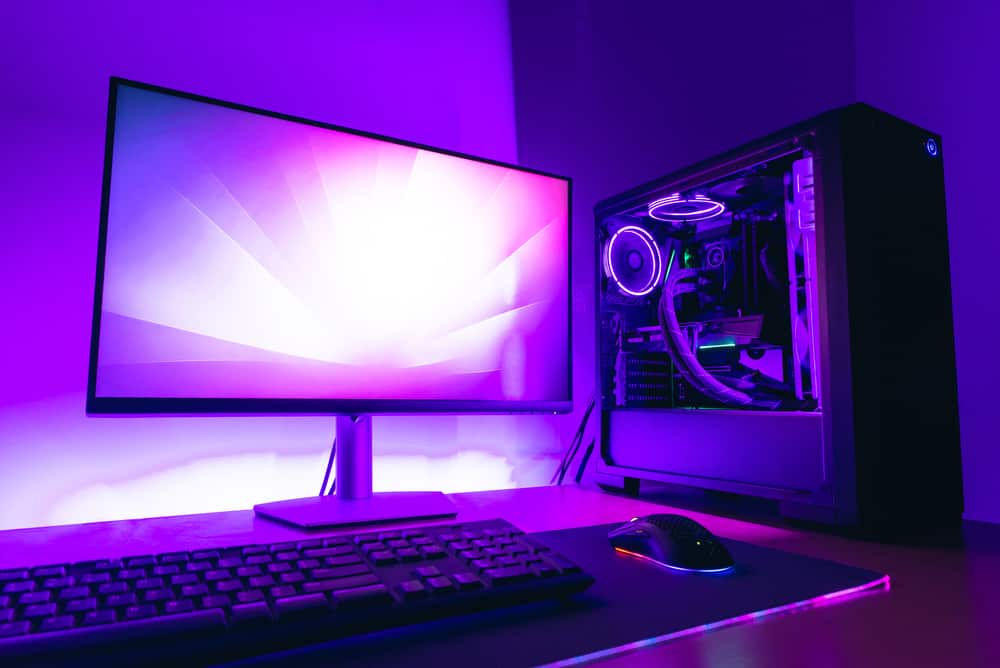 However, it still pays to reduce your power consumption and save a few dollars when you can.

Here are a few tips to bring down your power consumption regardless of your hardware.

Dust is an insulating material, meaning it prevents the exchange of heat and electricity.

As dust builds up in your system, your cooling solution has to work harder to bring down the internal temperature.

The hardware will still run warmer as well, meaning it’ll be less power-efficient.

The excess usage will increase over time and significantly increase your electricity costs.

Clean up your system every few months.

If your case allows it, add dust filters before the intake fans to prevent dust particles from entering in the first place.

A powerful cooling solution can bring down your system temperature to levels where your hardware can operate with higher power efficiency.

Ideally, your CPU should run at around 70° Celsius, while your GPU can reach slightly higher numbers when under full load.

The cost savings from your electricity bill will most likely make up for the extra cost of buying more powerful fans and heatsinks.

Plus, your hardware will last longer if it runs at moderate temperatures.

That said, you don’t need to go overboard with water cooling or custom liquid nitrogen solutions unless you want to seriously overclock your hardware or set a world record!

Older parts tend to use more energy for two reasons:

Here are a few small changes that can prevent power waste:

We all have a few applications that we don’t use anymore.

Unfortunately, these applications can have Windows services running in the background that put a strain on your CPU.

If you have a high-end CPU, you may not notice these programs using your resources.

However, that doesn’t mean your computer isn’t wasting energy on running them.

Uninstalling these programs frees up your hardware from running useless operations and allows your CPU to run at lower frequencies, resulting in less power consumption.

Sometimes, you may not want to uninstall a program because you use it often.

However, that doesn’t mean you need it to be always open.

In general, you should only keep critical programs open in the background and close the ones that won’t do you any good.

Looking at my own computer, I only have Skype open because I need it for work.

If I need any other application, I’ll open it, do what I need to do, and exit it.

Windows allows you to specify how long it should keep the computer running at idle if you don’t interact with it.

It’s a useful feature that lets you bring your power consumption down to near zero without losing your programs.

It still uses a bit of power to keep the RAM on.

Adjust your Windows settings to turn off the monitor and quickly go to Sleep mode.

This way, you’ll save the most amount of power when you’re away from your computer, but you can still resume your work in seconds.

Pro tip: If you have an SSD as your boot drive, you set your Windows to Hibernate instead of Sleep because the load times will be nearly identical, but you can save a few watts with Hibernate.

Your screen brightness is directly related to how much power your monitor uses.

The intense light can also hurt your eyes.

Reduce your screen’s light intensity to save some watts and protect your eyes.

If you see the colors become too mundane, you can increase the color saturation on your display instead.

How Much Electricity Does A Gaming PC Use? (Explained)