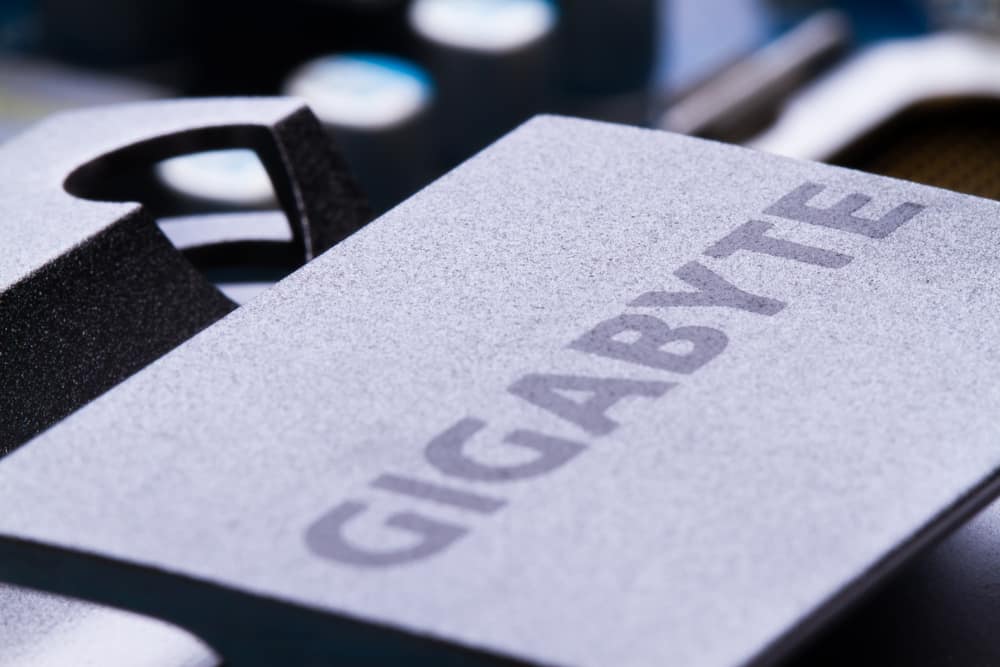 We’re living in an information bubble, where everything is overloaded with data.

We’re all familiar with data terms such as Megabytes, Gigabytes, and Terabytes.

However, what may confuse you is how many bytes are there in a single Megabyte, Gigabyte, or Terabyte?

This post will tell you how and why a Gigabyte isn’t a million bytes.

We’ll also discuss different data storage units, how many bytes there are in each one, and how much information we can store using them.

How Many Bytes Are in a Gigabyte? 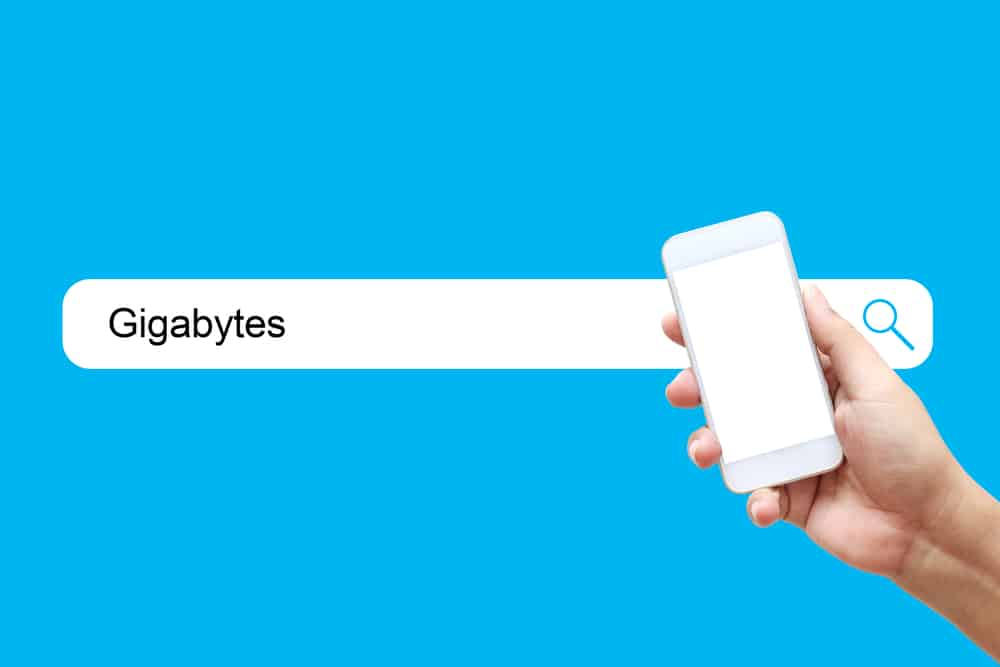 A Gigabyte is about 1000 Megabytes, a million Kilobytes, and a billion bytes.

However, the exact answer is a bit more nuanced and involves a bit of arithmetic:

In the world of computers, calculations are binary, meaning everything is calculated as a power of two.

Therefore, a Gigabyte is actually 1024 Megabytes, and a Megabyte is 1024 Kilobytes.

Since the exact numbers are confusing, most manufacturers list the storage capacities according to the rounded 1000×1000 model.

If you want to learn how these numbers affect your storage capacity, keep reading! 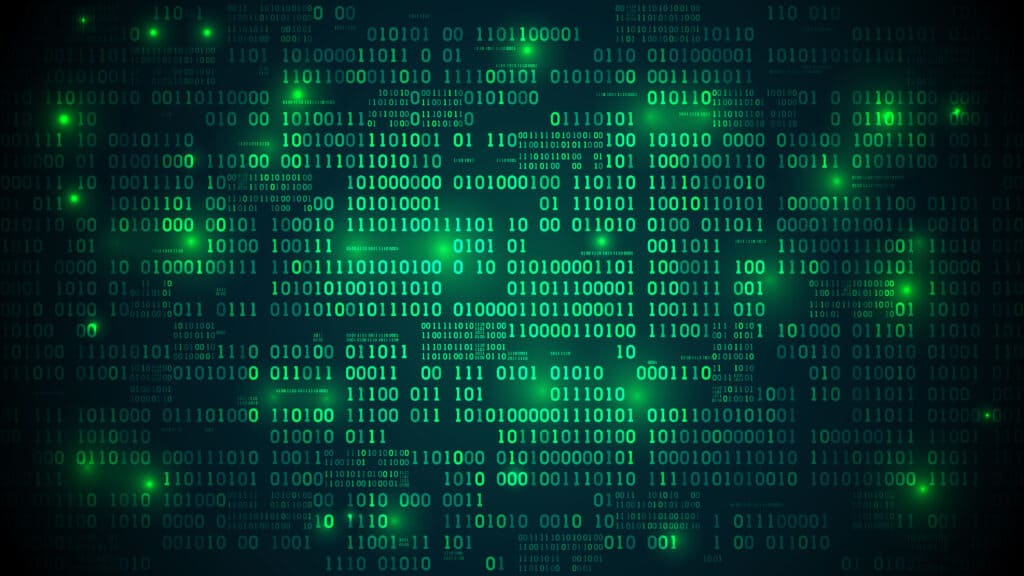 Before talking about Gigabytes, let’s take a look at data storage metrics at the basic level.

Computers use a binary system to save, process, or transmit all kinds of data.

They can only recognize two states of information: ones and zeros.

To put it into perspective, consider a true/false test item or an on/off switch, where you have only two choices to convey a particular message.

The conventional term to express each of these ones and zeros is a bit, the short form of Binary Digit, the smallest unit of computer data.

Although Bits are too small to transfer any meaningful data, they can create larger values and communicate text documents, digital images, music files, and even videos once you put many of them together.

A pack of eight bits is called a byte, the building block of larger units such as Kilobyte, Gigabyte, Terabyte, etc.

One Byte can stand for a single alphabetic letter, number, or symbol in a text file.

It means, if you write a document with 250 characters, the file takes 250 Bytes of your storage in total, assuming there’s no metadata included in the file.

The next storage metric is Kilobyte which consists of 1024 bytes.

It’s enough to store a doc file with an average-length paragraph.

After that comes a Megabyte, the result of aggregating 1024 Kilobytes.

A megabyte is large enough to represent a whole digital book, an entire photo, or a one-minute music file.

What happens when you put 1024 Megabytes together?

That’s what takes us to one Gigabyte, the most common unit of measure when dealing with hard drives, RAM, or other storage-based equipment such as flash memories.

One Gigabyte is enough storage for a few hundred books and pictures, or hours of videos and music, depending on their quality.

Summing up the above calculations, one Gigabyte is about a billion bytes, a million Kilobytes, and a thousand Megabytes.

What has caused all the confusion about storage metrics?

How Many Bytes Are in a Gigabyte, Exactly? 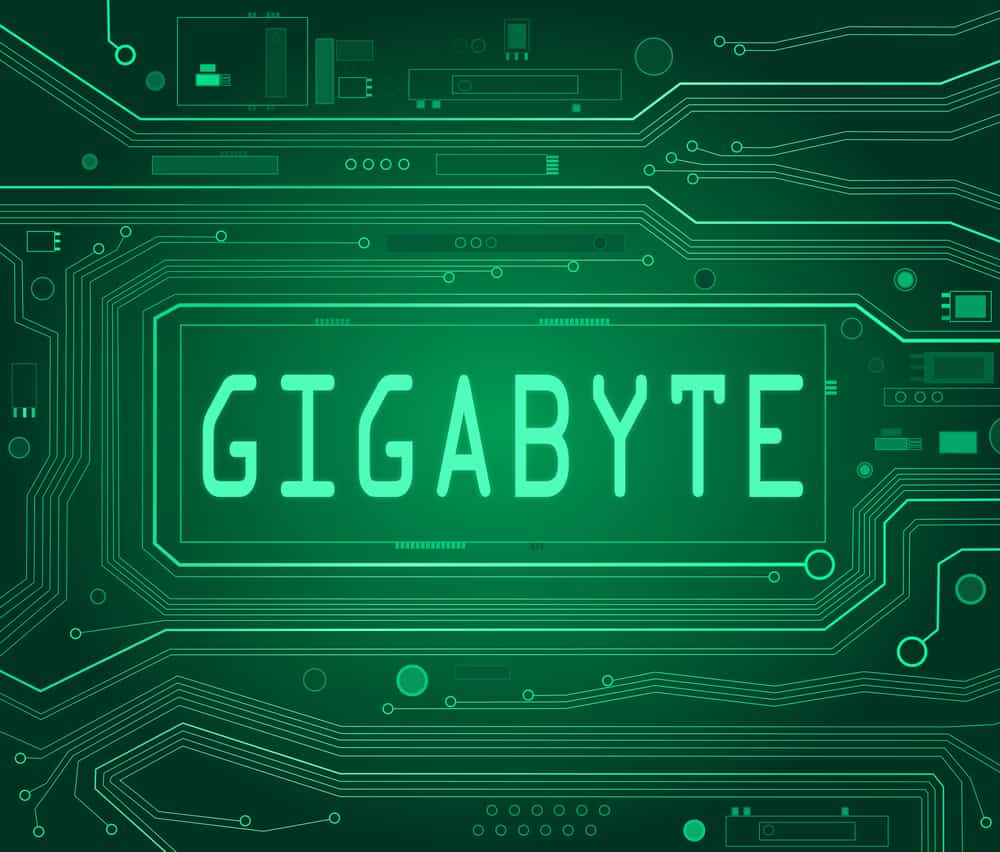 As you might have noticed, all the above numbers are just estimations.

That’s why you may come across conflicting answers when wondering how many bytes are in a Gigabyte.

To sort out the reason, let’s take a step back to see how computing science works.

We all agree that computers only understand the binary language.

When you put two bits next to each other, each may accept two possible states (either 1 or 0), creating four (2^2) possible values:

Now, if you add a third bit, the system can store eight (2^3) possible values.

Following the same binary-multiple approach, a byte that consists of eight bits can form 256 possible values. (2^8=256)

As you can see, Bits increase in size only via a 2^x pattern, and that never translates into a multiplier of 1000.

More specifically, one Gigabyte is:

However, since the numbers are difficult to calculate in everyday life, global measurement institutions agreed upon the use of the powers of 1,000 instead of 1,024.

This way, we could use SI prefixes to denote larger storage capacities.

The same holds for Megabytes and Gigabytes.

What’s Wrong with This Estimation? 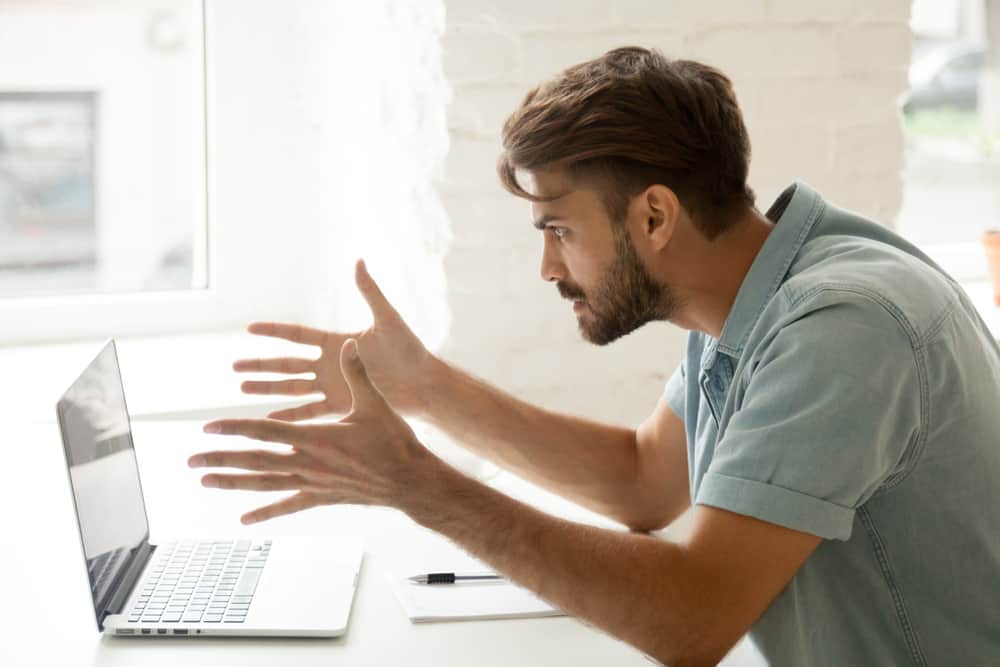 Although the SI prefixes make it easier to denote larger units, they confuse most computer users.

First of all, although the difference between “power-of-two” and “power-of-ten” systems is minor, adopting the latter may result in visible differences when it comes to larger data.

These rounded numbers can make you feel there’s not enough storage on your devices or USB sticks.

Divide it again to reach 476,837 Megabytes, and once more to get the exact number of Gigabytes: 465.

As you can see, a so-called “500” Gigabyte disk drive can only hold 465 Gigabytes of data in practice.

Things get worse when you realize that the operating system and firmware block off a few more Gigabytes to store their critical data.

The 35 gigs of “lost” storage make you feel the manufacturer hasn’t been honest with you or, worse, has deceived you.

That’s why some companies use prefixes such as “kibi,” “mibi,” and “gibi,” instead of Kilobytes, Megabytes, and Gigabytes.

These units work with power-of-two and denote the exact amount of data or storage.

The second problem is that different manufacturers use different approaches to represent data and storage capacities.

Storage media manufacturers use the SI approach whereby a Gigabyte is a billion bytes.

However, operating systems providers still regard a Gigabyte as 1.07 billion (2^30) bytes.

Even computer programmers are at odds with each other.

Some of them choose 1024x-based, and others pick the 1000x-based conversion methods.

How Much Data Is One Gigabyte? 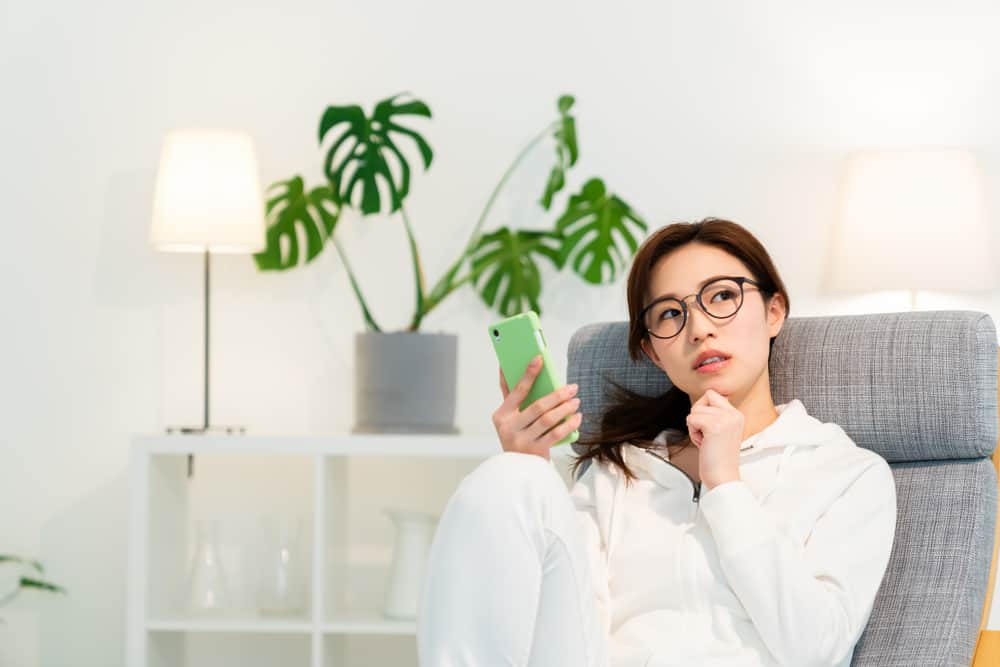 A Gigabyte is a common metric for measuring the amount of storage capacity or data transmission.

Most manufacturers use Gigabyte to indicate their products’ capacity.

Whether you want to buy network equipment, internet packages, external hard drives, SSDs, HDDs, RAMs, tablets, and smartphones, you may want to know how much data is one Gigabyte.

As a rule of thumb, one Gigabyte holds:

Note: The examples above are just approximations.

The amount of data you can hold in a 1GB device or transfer through a 1GB network depends on many factors such as quality and type of encoding.

How About Bigger Units? 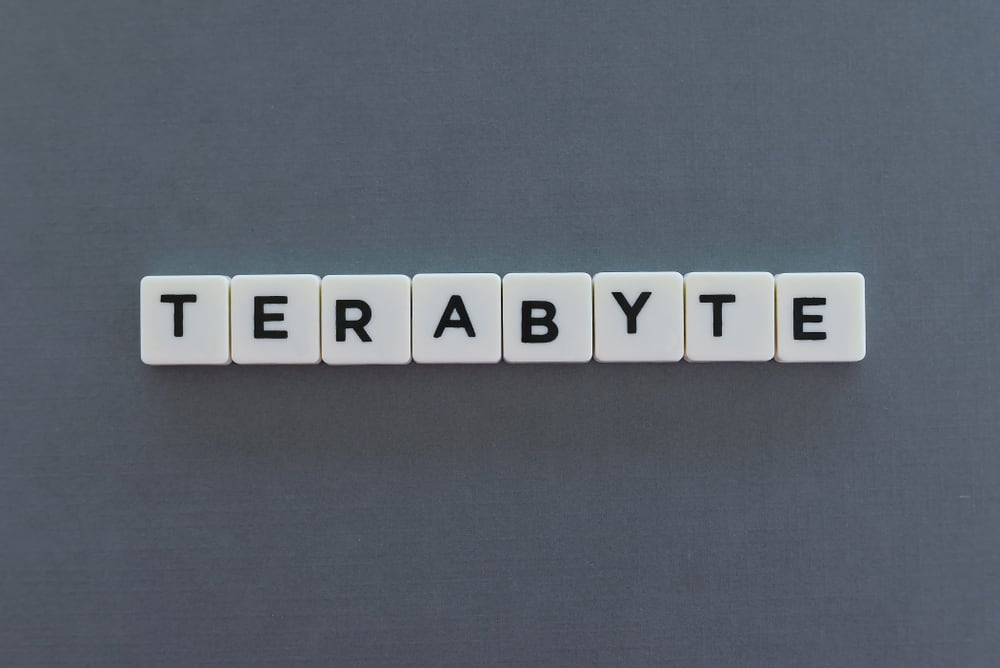 Although the Gigabyte is still the most common unit for calculating data transfer and storage, higher-capacity units and more advanced devices use Terabytes to denote their capacity.

One Terabyte (TB) is 1,000 Gigabytes and as many as a trillion bytes.

It gives you enough space for a million books and photos, 25 days of HD video, or two years of non-stop music.

Regular hard drives on the market can be anywhere from one to as much as eight Terabytes.

Any larger storage isn’t available because our data usage hasn’t yet exceeded that amount.

Being familiar with Gigabytes and Terabytes would suffice for everyday use, but in case you’re curious, there are also Petabytes, Exabytes, Zettabytes, and Yottabytes.

Servers of giant web-based companies such as YouTube, Facebook, and Amazon are currently processing data in Petabytes.

The total amount of internet traffic in a certain period—e.g., an hour—is measured in Exabytes.

With the recent improvements in computing science, material, and technology, we’re not too far from using Petabytes and Exabytes for consumer-grade applications.

An Exabyte (EB) is a thousand times bigger than that!

How Many Bytes In A Gigabyte? (Everything To Know)