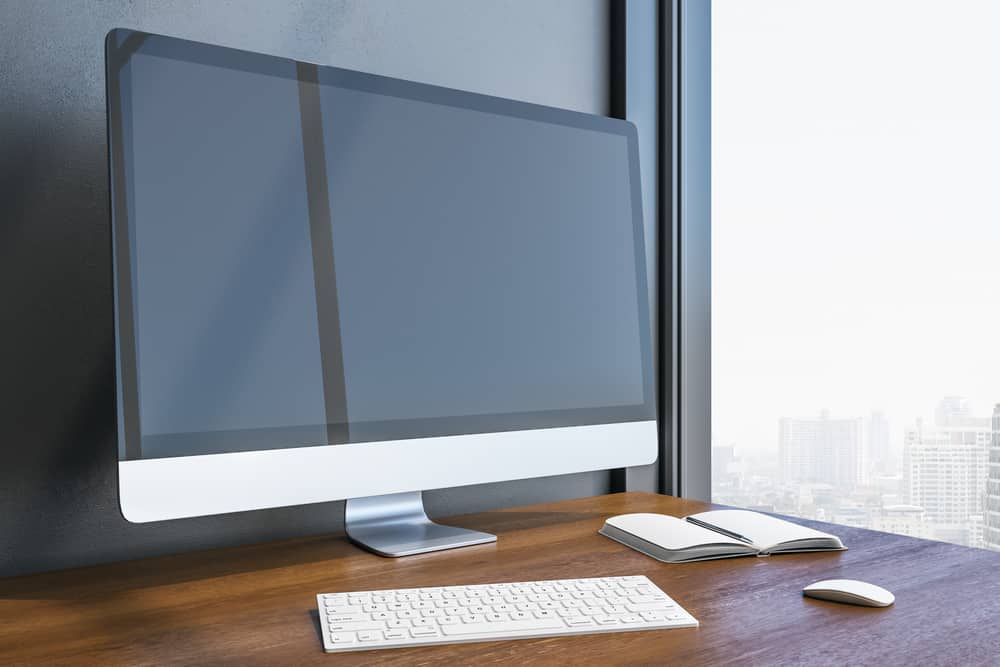 Computer experts always warn against running your laptop or PC at high temperatures because overheating can damage your hardware.

What about the cold?

Will it get damaged?

How Cold Can A Computer Get? 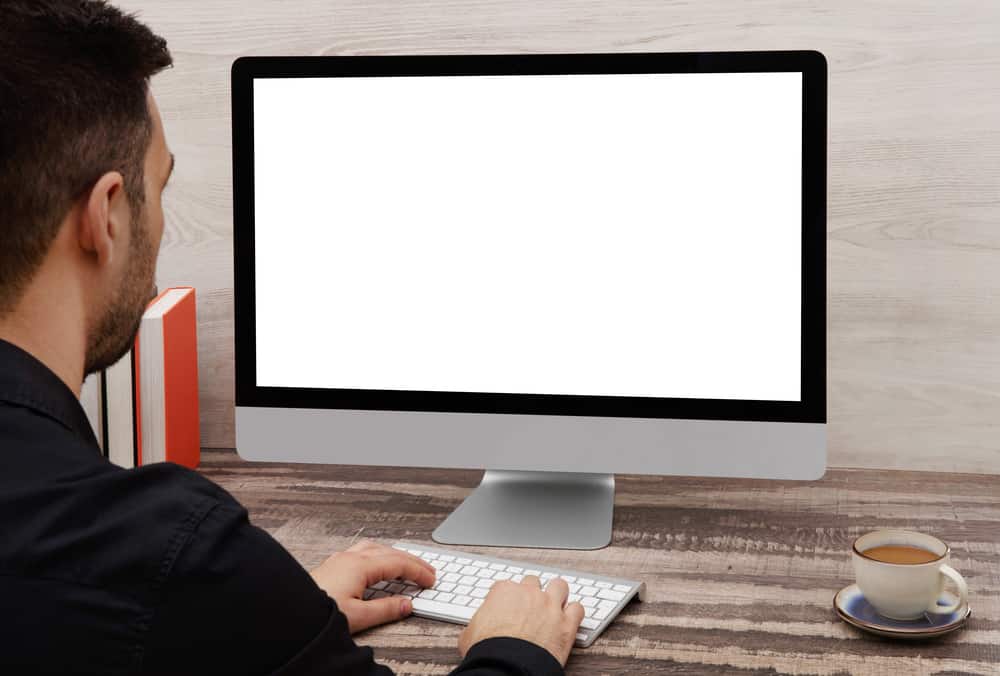 Computer components usually operate safely within the 20 to 85°C range.

That range refers to the temperature inside your computer, not the room or outside temperature.

Using your computer at relatively cold ambient temperatures (around ten degrees Celsius) won’t cause damage to your parts because the heat generated by the CPU and GPU will bring the internal temperature much higher.

Even if you run your computer outside on a snowy day, its temperature won’t drop to lower than the safe levels.

For example, one YouTuber ran an extreme stress test on a CPU with his computer in freezing temperatures.

His results showed that the CPU ran at around 70°C even though it was 0 degrees outside.

However, you need to consider two issues when running your computer at lower temperatures: 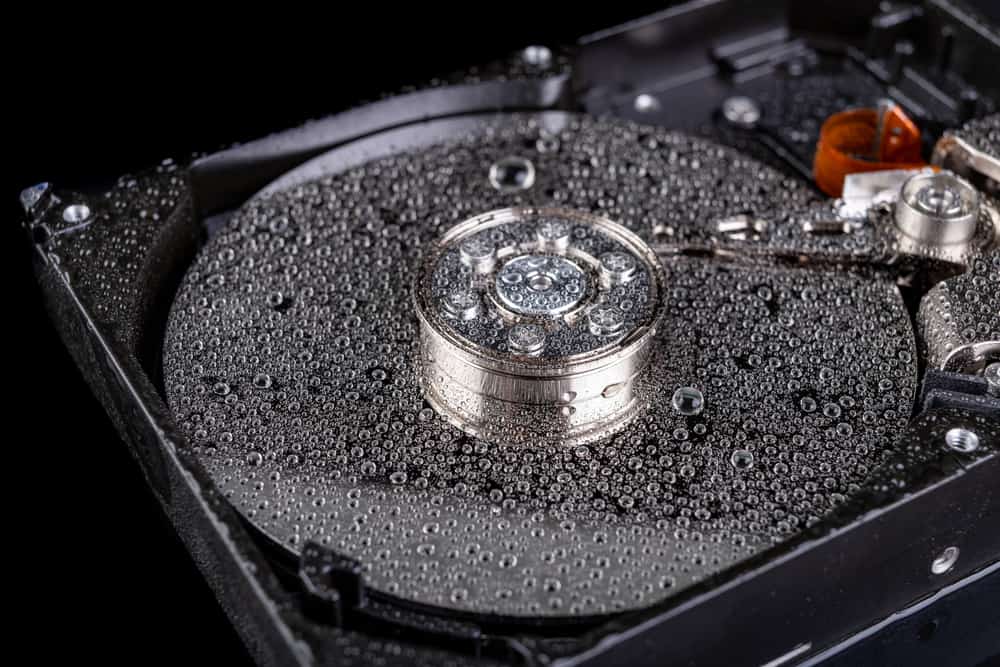 Condensation occurs when the inside of your PC gets colder than the surrounding area.

The moisture in the air turns to liquid, and tiny water droplets form on your hardware.

Everyone knows that water is much more dangerous for electronics than cold.

The most common causes of condensation are:

There are cooling solutions that use liquid nitrogen and advanced radiators to cool down your CPU to below zero.

However, those solutions have complicated, sometimes messy, installation processes because they need to overcome the condensation problem.

Liquid nitrogen cooling is primarily popular among gaming and hardware enthusiasts who want to show off their overclocking and PC building skills.

They even have competitions among themselves.

Here’s a video demonstrating how you can use liquid nitrogen to cool a high-powered GPU to below freezing levels:

B. Rapid Changes In Temperature

If your computer has been in the cold for a while, you shouldn’t immediately turn it on once you get to a warm place.

For example, if you take your laptop to school on cold winter days or if you’ve moved your PC to another location on a freezing day, wait for 10 to 15 minutes before switching it on.

This way, your computer’s parts will have some time to reach the ambient temperature, and you’ll avoid moisture condensation. 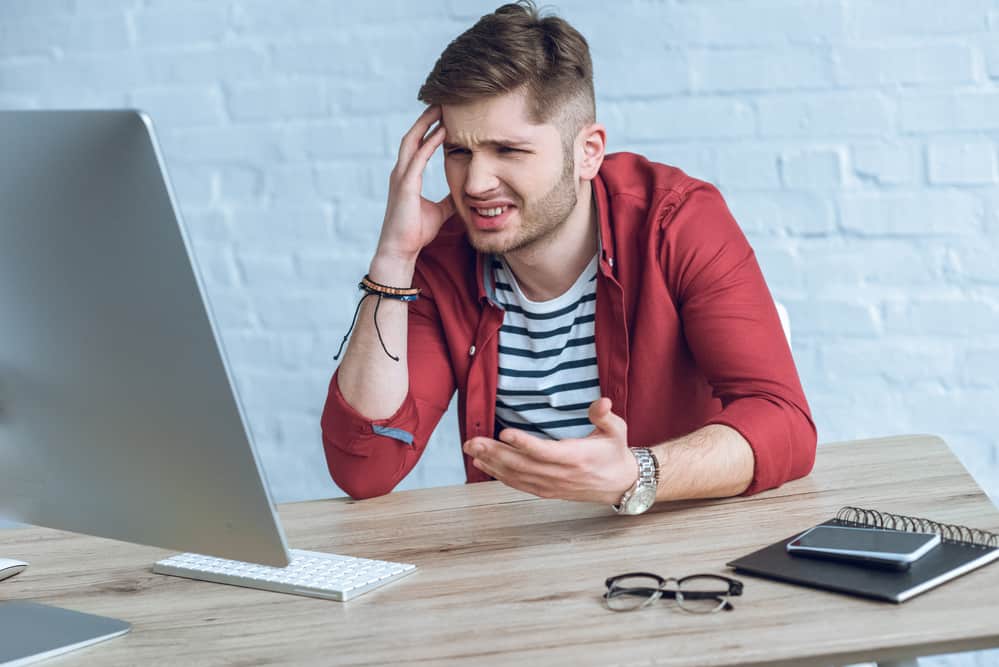 Although electrical boards aren’t very susceptible to the cold, mechanical components such as hard drives and fans can get damaged in the cold.

The lubricant in the fan bearing will start to freeze, making it harder for the blades to spin and increasing the risk of breaking.

The lubricant inside the hard drive is also prone to freezing.

If it does, the discs won’t be able to spin, and your computer will crash.

With that explanation, you know that using your computer in the cold (even zero degrees) won’t permanently damage it unless you keep it on for more than a few hours.

However, if the outside weather is below zero, it’s best not to turn on your computer. 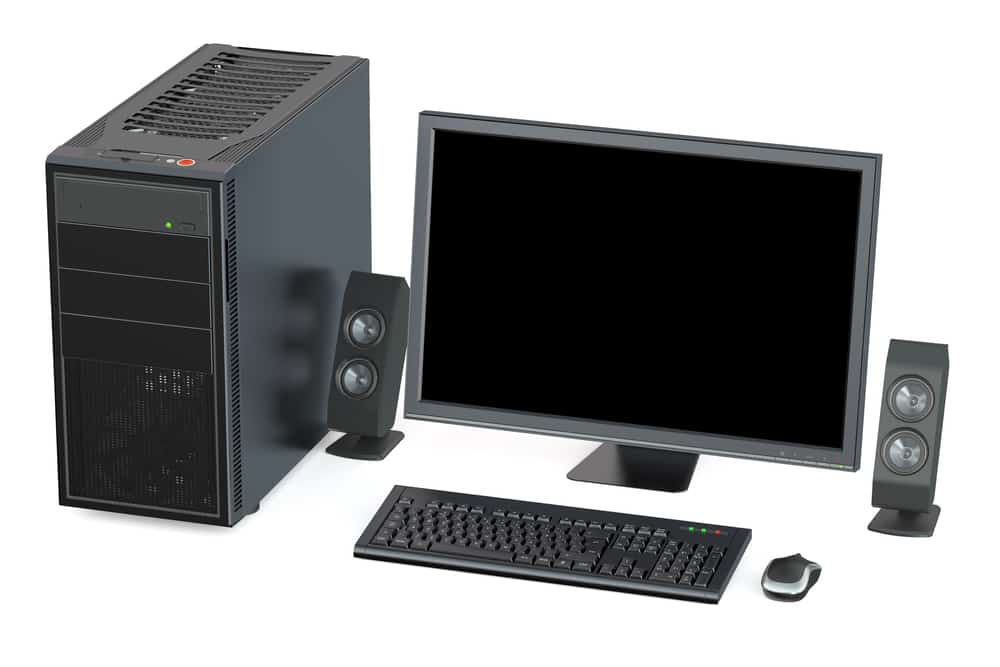 Hardware manufacturers specify a safe operating temperature range for their products, indicating the minimum and maximum temperatures the product can perform optimally.

If your hardware’s temperatures go outside those bounds, it doesn’t necessarily mean that your hardware will get damaged.

Manufacturers mainly focus on overheating because it’s a much more common scenario.

It’s much easier to send your hardware off the overheating edge than cool it to below its safe operating temperature.

Moreover, the adverse effects of heat are much more critical, ranging from increased electrical resistance to decreasing component lifespans and even melting the soldering on the PCB boards.

Some chips even decrease their performance when they reach a critical temperature to preserve their own life.

In contrast, cold doesn’t cause significant or permanent damage to your components.

The most significant problem it creates in the short term is that it slows down the flow of electrons through the circuit, reducing performance.

The computer may even shut down because the electrical current will drop to near zero in extremely cold temperatures.

However, once you move the computer to a warmer area, it’ll turn back on without any problems unless condensation has occurred.

If you want to take good care of your PC, check the safe operating temperatures for its components on the manufacturers’ websites.

Then try to maintain the temperature a few degrees below the maximum and above the minimum.

Always make sure to keep the inside of your computer warmer than the outside.

Otherwise, the moisture in the air will turn into water droplets sitting on your parts and kill them.

You’ll ensure that your hardware will stay reliable and last longer by taking the right precautions.

How Does Cold Affect Computer Parts? 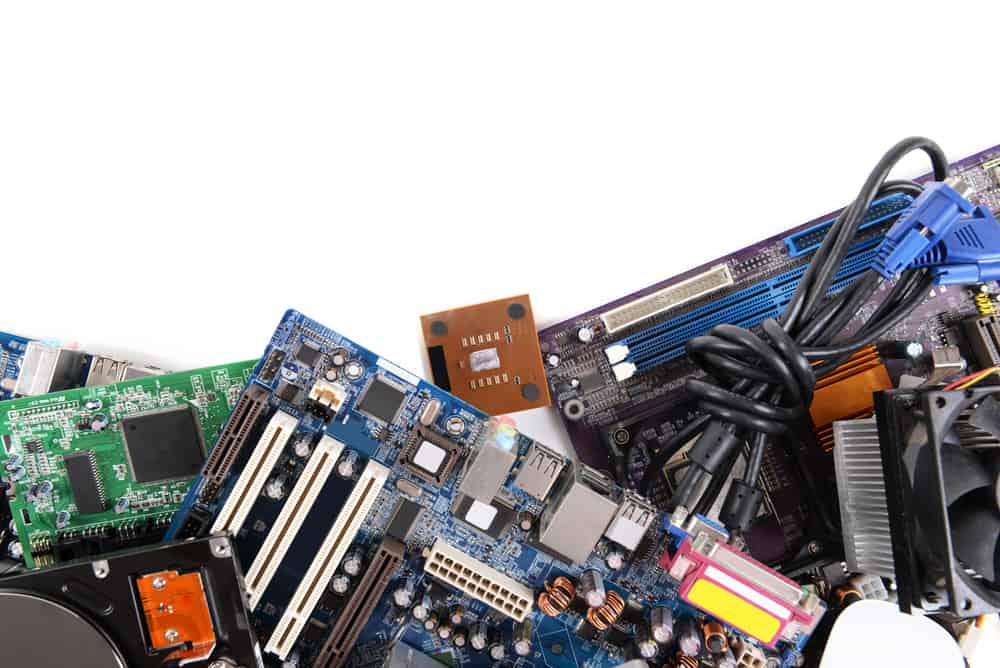 As you know by now, you don’t have to worry about damage caused by the cold.

That said, some parts are more susceptible to heat than others.

Most computer chips can withstand temperatures of down to −20°C.

Because they don’t have moving parts, they’re not severely affected by the cold.

As long as you prevent moisture from forming on your parts, you won’t have to worry about your CPU and GPU getting too cold.

It’s impossible to cool down your processors to subzero using regular air fans, even if you’re outside.

Cold affects SSDs in a curious way as it has both benefits and risks due to how these drives are designed.

SSDs are based on a NAND flash technology that allows data to be permanently written on RAM-like chips.

These chips have a finite number of read/write cycles.

In hotter temperatures, the electrons in the chips can move more freely and cause less damage, which is why many experts don’t recommend cooling your SSD.

However, the same property contributes to data retention.

The best idea is to keep your SSD running within its safe operating temperature range.

Note: Some motherboards come with a small heatsink for M.2 SSDs. In that case, install the heatsink to improve the transfer of heat. Regular-sized SSDs don’t need an additional heatsink because the metal case doubles as one.

Most mechanical hard drives are rated for safe operation in the 5 to 60° Celsius range.

More durable models such as the WD Purple series are safe in the 0 to 65° range.

They only become non-operational if the device temperature reaches −40°, meaning you can still expect these drives to work in subzero temperatures.

However, you may run into performance issues, have trouble writing new data, or lose some data.

Another potential issue is that the liquid in the hard drive may freeze as you approach subzero temperatures.

Most modern hard drives use Fluid Dynamic Bearings (FDB) to house the shaft that spins the platters.

This technology reduces the drive’s noise and significantly improves its longevity, but it’s susceptible to thickening and freezing in the cold.

If the liquid freezes, the platters won’t be able to spin as quickly, or they may stop working.

RAM is probably the least vulnerable component to cold.

As long as your PC operates at a normal temperature and there’s no condensation, you have nothing to worry about.

Whether your CMOS battery or your laptop’s, all batteries don’t react favorably to cold.

It’s not exactly an issue that manufacturers can fix because it’s related to how chemistry works.

In general, colder temperatures make chemical reactions less efficient, making it harder to establish an electrical current through a battery.

Moreover, if the battery contains any liquid electrolyte solution, the water inside it may freeze, and the solution will lose its chemical potency before that.

This is the case for AA and AAA batteries used in some computer peripherals and TV remotes.

However, almost all computers use lithium-ion batteries, which fare better in the cold.

Still, as the temperature drops, the electrons in these batteries lose their ability to move around.

Because your computer doesn’t come with a thermometer, it gets tricked into thinking that the battery is empty.

You may have experienced this situation when your phone battery level suddenly plummets when you’re standing in the cold.

The same situation applies to computer and laptop batteries.

Fortunately, when you move to a warmer area, the battery will start to work again.

As you can imagine, LCDs are more vulnerable to lower temperatures because the liquid may freeze, and the display may lose its light intensity.

The effects are usually temporary and will disappear after moving the computer to a warmer area.

However, it’s advisable to take precautions to keep your display reliable. 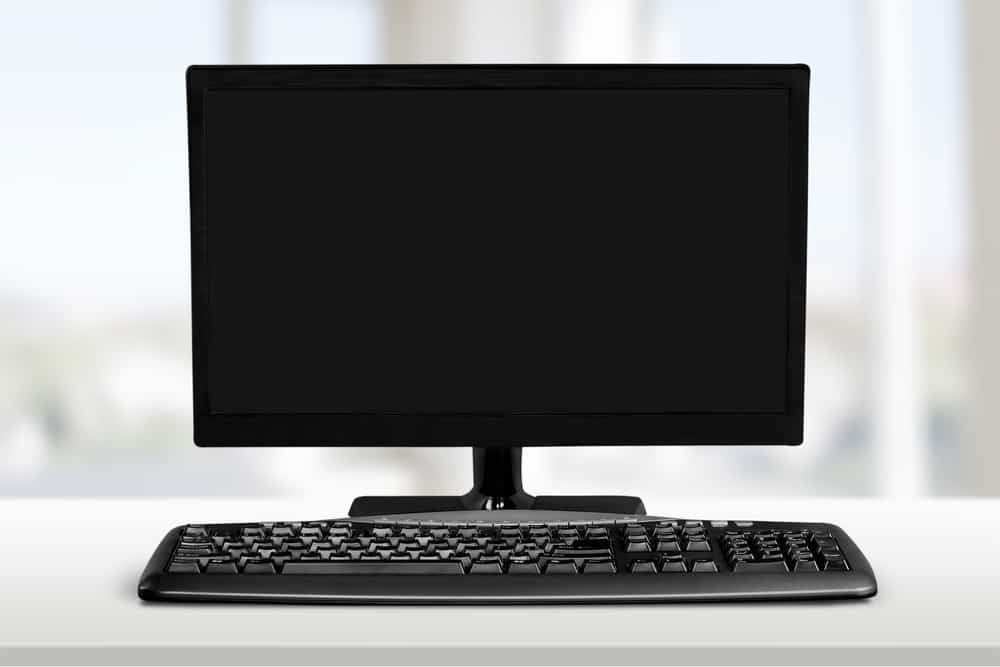 1. Can Computers Be Left In The Cold?

It’s fine to leave a computer in the cold as long as the temperature doesn’t drop below −10°C, the exposure isn’t prolonged, and the computer is off.

Once you bring the computer inside, don’t turn it on immediately as it increases the risk of condensation and moisture damage.

If you need to use your computer outside, make sure the temperature isn’t below zero and limit your usage to a couple of hours.

This way, you’ll minimize the risk of damage.

Remember that most computer parts aren’t designed to operate at freezing temperatures, although they most likely can withstand the cold without any problems.

2. What Temperature Is Too Cold For A Computer?

You shouldn’t use or keep your computer at subzero temperatures.

The display, hard drive, and fans are the most vulnerable parts as they contain fluids that may thicken or freeze at very low temperatures.

The CPU, GPU, and RAM are the least vulnerable parts and are likely to operate normally even at around −20°C.

If you have an SSD, it probably won’t be affected at around freezing temperatures, but you can expect abnormal behavior if the temperature falls below −20°C.

3. Can Cold Damage A Laptop?

Excessive subzero cold can drain a laptop’s battery, but the issue won’t be permanent.

The LCD and hard drive are also at risk because they contain fluids that may freeze.

When you take your laptop in from the cold, don’t turn it on immediately as you risk condensation.

4. Can Extreme Cold Break A Laptop?

Regular winter cold won’t damage your laptop even if you leave it in the car or leave a window open overnight.

If the temperature drops to lower than −10°C, it can damage your laptop by freezing the liquid in the display or hindering your hard drive’s functionality.

The battery may also lose its functionality, but the damage won’t be permanent.

How Cold Can A Computer Get? (Explained)