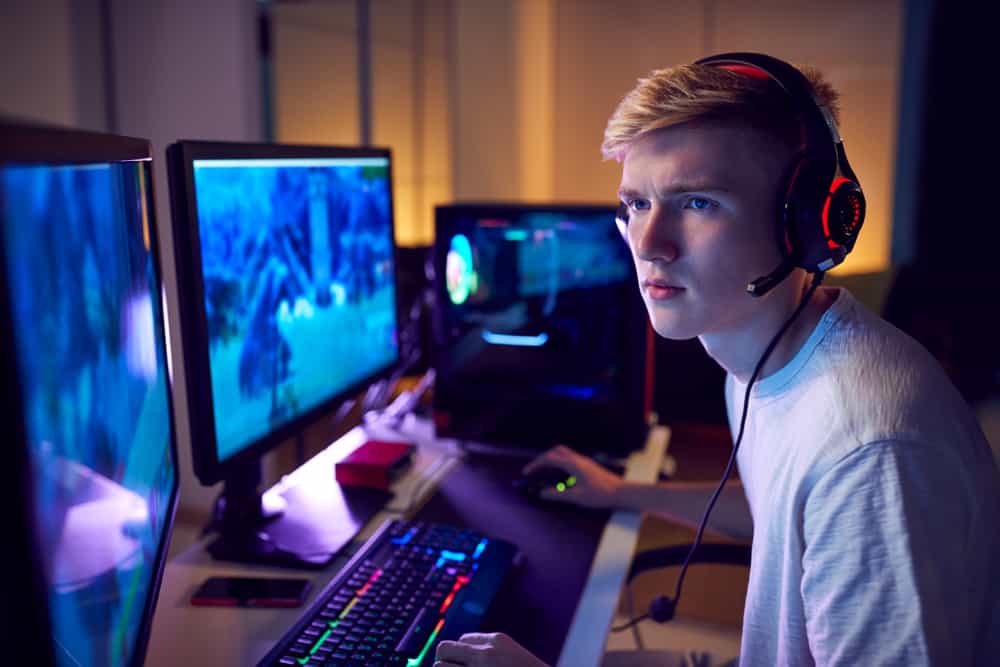 Adaptive sync and variable refresh rates have been in the market for a long time now, and Nvidia’s G-Sync technology is part of it.

Nvidia’s G-Sync has tried to help users get a better display by reducing the irritation of common visual artifacts.

What is G-Sync exactly, and how does it operate?

Is it worth paying for, and does it really make as much of a significant difference as Nvidia declares?

Does it have any alternatives you can use?

Let’s take a look at G-Sync technology so you can decide if you need it or are better off without it.

Does G-Sync Make A Difference? 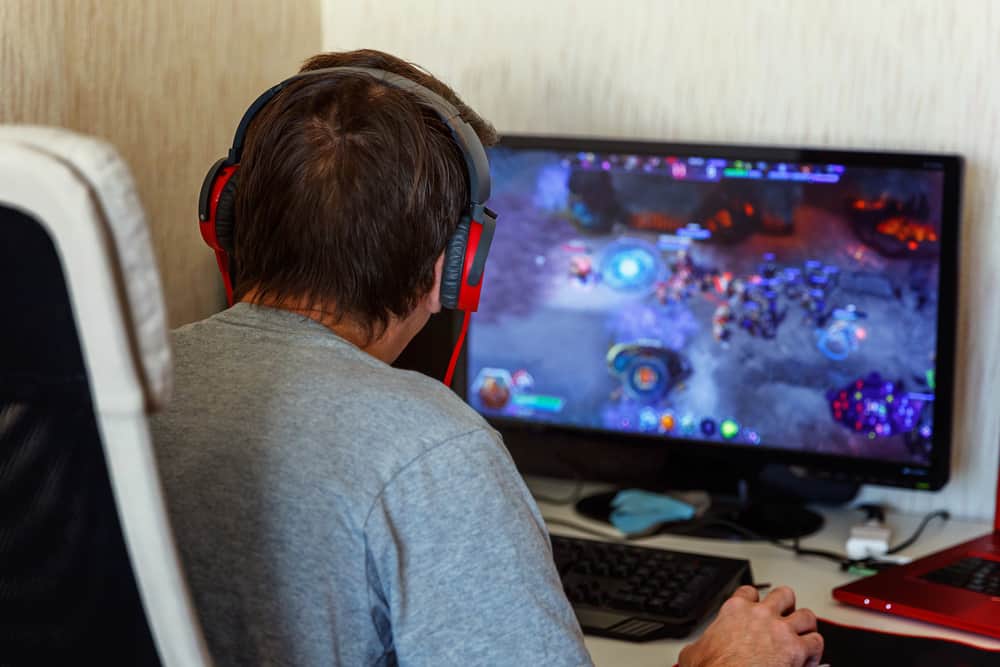 People who have used G-Sync believe that it makes a world of difference when you first use it, and you can sense the improvement immediately.

However, you get used to it fast and don’t realize the benefits anymore.

It’s when you go back to a non-G-Sync panel that it hits you, and you realize what you had all along!

Upgrading to a G-Sync monitor is definitely an improvement.

However, whether it’s worth it for you and your situation depends on your budget and expectations.

If you have money to spare and you don’t want any frame rate restrictions with a buttery smooth, high-detail gameplay, you’ll want to get one of the higher-end G-Sync displays with G-Sync built directly into the monitor.

A powerful Nvidia GPU paired with a G-Sync monitor will future-proof your setup and provide you with the best gaming experience you can get.

If you’re working with a tighter budget with an Nvidia GPU installed on your PC, you can consider the G-Sync Compatible monitors.

If you have an AMD graphics card installed, the wisest option is to go with a high-quality FreeSync monitor.

That is if you’re on a budget and don’t want to get a new Nvidia GPU. 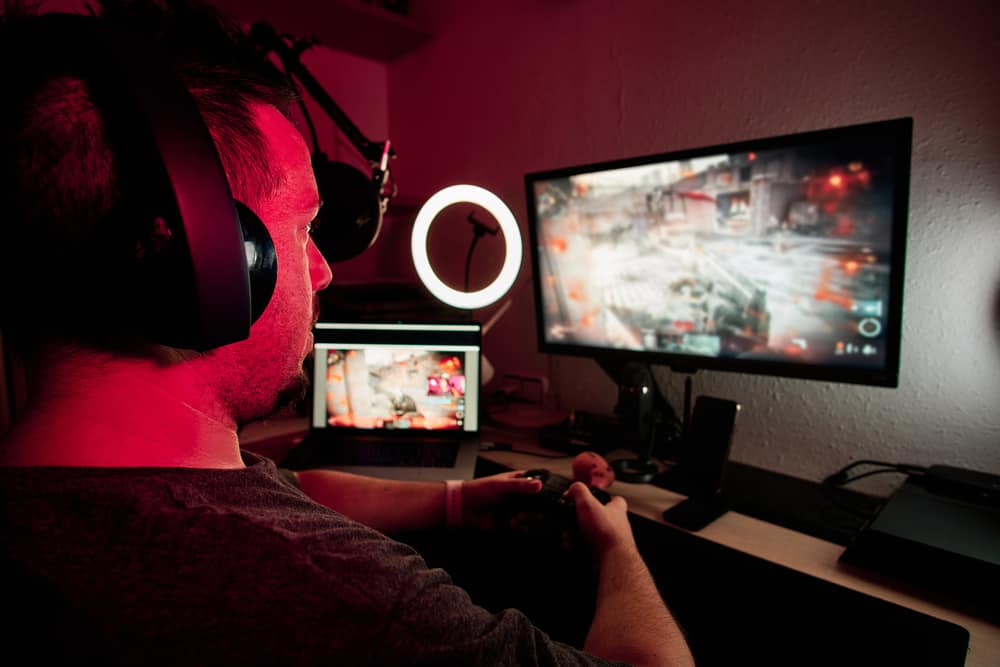 Like any new technology, G-Sync comes with its own pros and cons.

Read on to find out what they are.

G-Sync is made solely for Nvidia GPUs.

However, AMD has an alternative for G-Sync called FreeSync, which we’ll discuss in the following sections.

Monitor manufacturers have to implement the G-Sync modules inside their devices to get the G-Sync certification.

Since Nvidia has a monopoly on G-Sync, the price for the module is high, and the manufacturers have to boost their prices to make up for the extra cost.

Still, in any way, the G-Sync feature adds hundreds of dollars to your bill.

Note: As of 2019, Nvidia started allowing some of their GPUs to work with certain adaptive-sync and FreeSync monitors, making the technology more affordable to the public.

G-Sync’s benefits are what it was actually made for.

We’ve mentioned them in the previous sections, but let’s take another look at what this technology brings to the table:

When the refresh rate and frame rate are always in balance, no tears will be bothering you when gaming.

All you’ll see is a buttery smooth screen.

Does G-Sync Have Any Alternatives?

FreeSync is bound to help with the same issues as G-Sync, including tearing and stuttering.

However, its difference with G-Sync is that FreeSync is an open-source technology.

It doesn’t need a proprietary module, and manufacturers can incorporate it into their monitors without paying royalties to AMD.

This situation creates a competitive market and reduces the cost of FreeSync monitors.

G-Sync has the strict quality control of Nvidia, and monitor manufacturers have to meet a specific set of requirements for a G-Sync certification.

However, the quality and usefulness of FreeSync can vary from one monitor brand to another.

Some cheaper FreeSync monitors only have a specific range specified by the monitor manufacturer in which FreeSync allows a variable refresh rate.

If the game’s FPS gets higher or lower than the range, you’ll experience the same problem as dealing with a fixed-rate monitor.

When choosing a FreeSync monitor, you’ll have to look out for low-quality models.

Another drawback that the original version of FreeSync has is ghosting.

This happens when an object leaves some of its previous frame positions behind, causing a shadow in the display.

The cause of this phenomenon is imprecise power management in the FreeSync devices.

When the pixels don’t get enough power, images show gaps because of the slow movement.

However, when the pixels get too much power, ghosting happens.

In 2017, AMD released the FreeSync 2 HDR, an enhanced version of FreeSync bound to solve these issues.

Monitors have to have HDR support and low framerate compensation capabilities (LFC) to meet the standard of this new technology.

With FreeSync 2, if the FPS falls below the supported range of the monitor, LFC is automatically enabled and therefore prevents stuttering and tearing.

To sum up, if you don’t mind a bit of tearing, want low input lag, and want a budget monitor, FreeSync Standard is a good option for you.

If you wish to have higher image qualities, spend more on a FreeSync 2 or G-Sync monitor.

What Is Image Tearing? 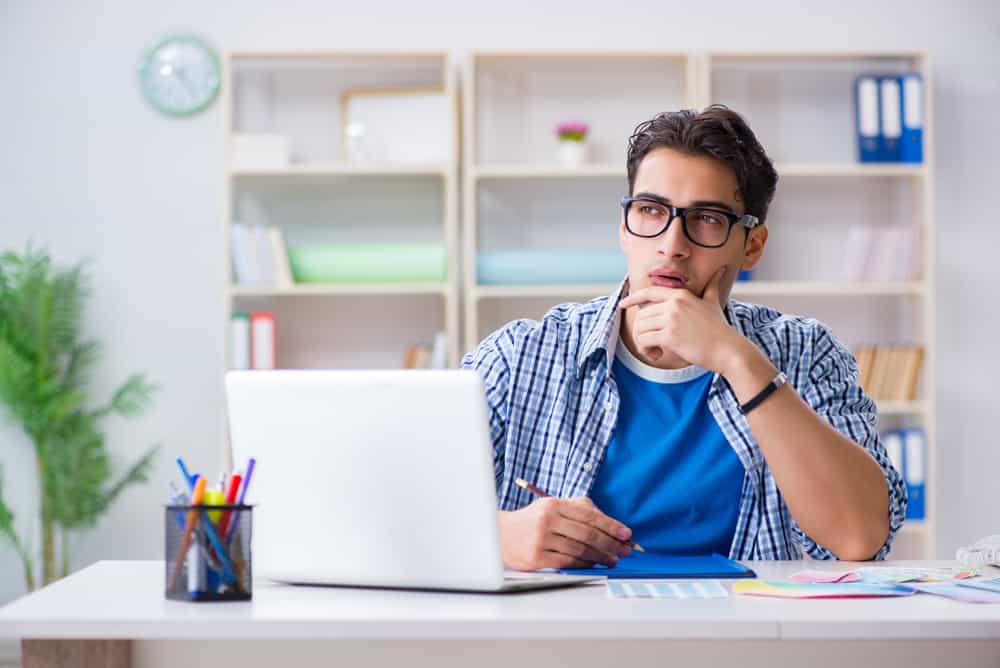 Some of you may be new to this topic and do not know much about the technical vocabulary.

Let’s talk about the meaning of some terms that you’ll need to know to understand how exactly G-Sync works.

The first term is “frame rate,” or frames per second.

FPS is the rate at which your GPU or graphics card completes and sends out every frame and picture that you see on your display.

For instance, 60fps means that the GPU renders 60 frames every second.

The second term is “refresh rate,” which is the number of times a display or monitor can show a new image in one second.

For instance, a 144Hz monitor can refresh the image on the screen 144 times every second.

You need to know that no GPU can output the same frame rate throughout an entire gaming session, and the FPS will rise and fall as you move in the game.

However, a regular monitor’s refresh rate stays constant while it operates at the same speed all of the time.

As you have probably guessed, these two terms should go hand in hand to give you a smooth display.

“Tearing” is an issue that occurs when the frame rate and refresh rate of your system don’t match, meaning your GPU is putting out frames faster or slower than the monitor can show them.

Imagine the GPU’s frame rate is slower than the monitor’s refresh rate.

For example, you have a 144Hz monitor, but your graphics card is only putting out 100fps.

Therefore, your monitor will be refreshing about 1.5 times for every frame that the GPU sends, meaning that it’ll show the next frame before it’s fully rendered by the GPU, causing the image to tear.

When the GPU puts out frames faster than the monitor can handle, the monitor will display the next frame before it’s done showing the previous frame.

This issue will also cause tearing.

What Is G-Sync, And How Does It Operate? 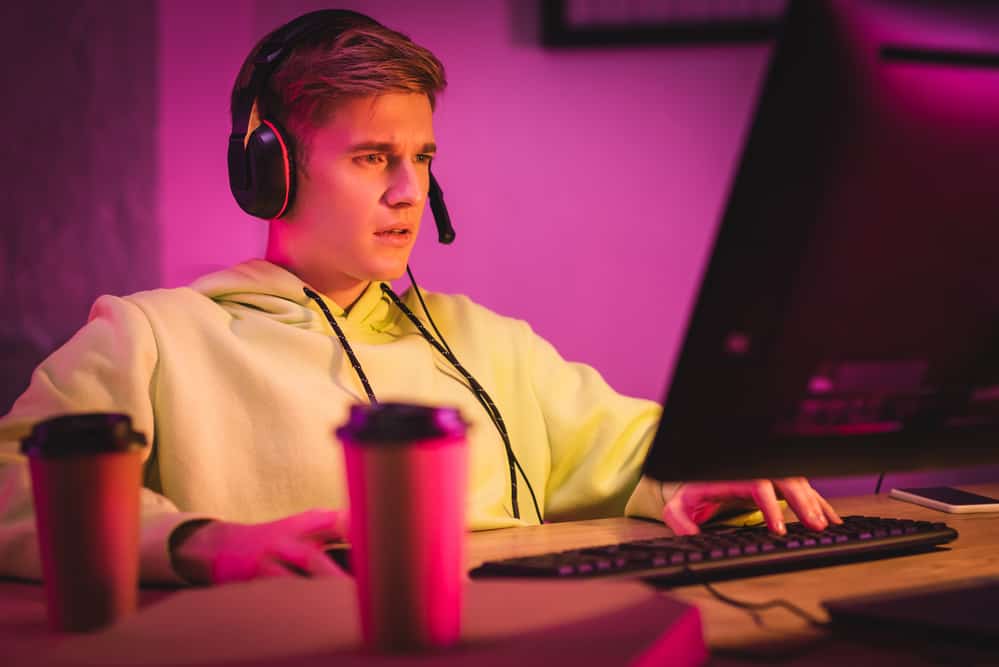 The first technology that ever came to help with the screen tearing issue was V-Sync or Vertical Sync.

Its function is to limit the frame rate output of the graphics card, so it doesn’t exceed the monitor’s refresh rate, avoiding higher FPS than the monitor can process.

That was a good enough solution for 60Hz monitors and low frame rates, but on other occasions, it created another common issue called stuttering.

As mentioned, GPUs can’t produce frame rates at a fixed speed, so they’re bound to fall below the monitor’s refresh rate.

When the GPU can’t keep up with the monitor, you’ll have to keep waiting for the next frame to load, and you’ll be experiencing stuttering.

Later, the Adaptive-Sync technology stepped in to solve this issue.

As the name suggests, adaptive sync makes it possible for a dynamic refresh rate to match the output from the GPU.

It lets the GPU communicate with the monitor to constantly keep the refresh rate in sync with the inevitable frame rate fluctuations.

G-sync is just Nvidia’s take on adaptive-sync technology, released in 2013.

It follows this formula:

One Frame Rendered = One Image Refresh on the monitor.

When your GPU produces a frame, it sends it to your monitor.

When the monitor receives the frame, it refreshes the on-screen image.

This way, no matter how slow or fast your GPU renders the images, you’ll see a smooth display without tearing or stuttering.

They also released a monitor module offering a G-Sync certification which they sold to monitor manufacturers.

To compensate for G-Sync certification’s cost, monitor manufacturers have increased their monitors’ prices.

G-Sync Compatible is another side of Nvidia’s G-Sync, where manufacturers alter the certification standards and enable other monitors with a variable refresh rate (VRR) to run G-Sync. 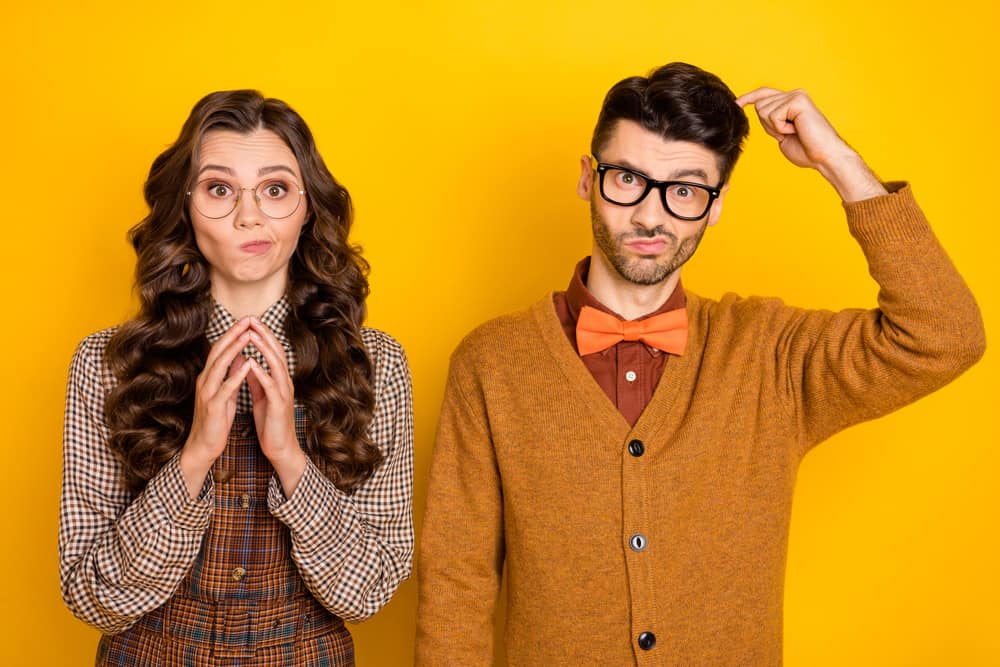 Does G-Sync lower Or Limit The FPS?

No, G-Sync doesn’t cap or lower the FPS.

V-Sync is the feature that limits the FPS, and the original implementation of G-Sync had V-Sync enabled by default.

However, that’s not the case anymore, and G-Sync has no impact on the FPS.

It only makes the fluctuations in the frame rate look smoother.

Should I Disable V-Sync With G-Sync?

Yes, V-Sync should be off at all times when you’re using G-Sync.

Since V-Sync limits the frame rate output of the graphics card and forces it not to exceed the monitor’s refresh rate, it conflicts with the whole point of the G-Sync technology.

Do Pro Gamers Use G-Sync?

Yes, many pro gamers with a high-end Nvidia graphics card use an Nvidia G-Sync monitor with high resolution and refresh rates.

It’s the best combination that a gamer can get these days to eliminate lagging, ghosting, and stuttering.

It’s a necessary element for those who do live playing games as a profession.