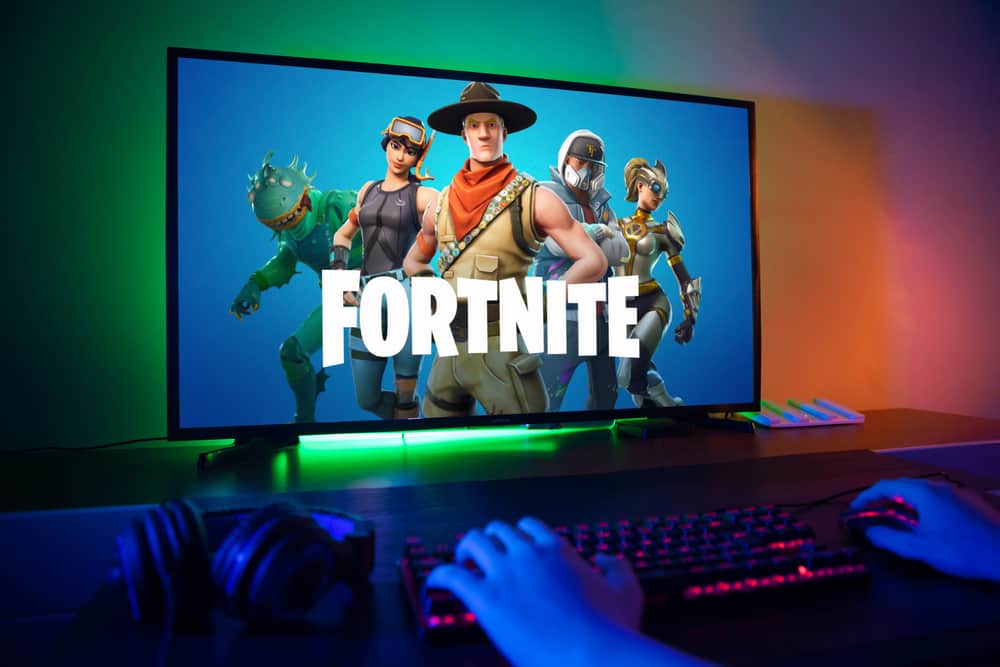 SLI is a rather useful technology introduced by the masterminds at Nvidia, and it has been around for many years.

At first, SLI displayed obvious potential, and many people, especially gamers, were excited about the new opportunity for enhancing their system’s performance.

However, as new graphics cards improved through the years, SLI couldn’t live up to its hype anymore, and many games stopped supporting the technology.

Is Fortnite one of the games that continue support for SLI?

What are the famous games that can work with SLI?

Read on to find the answers to these questions and find out if SLI is still relevant or not. 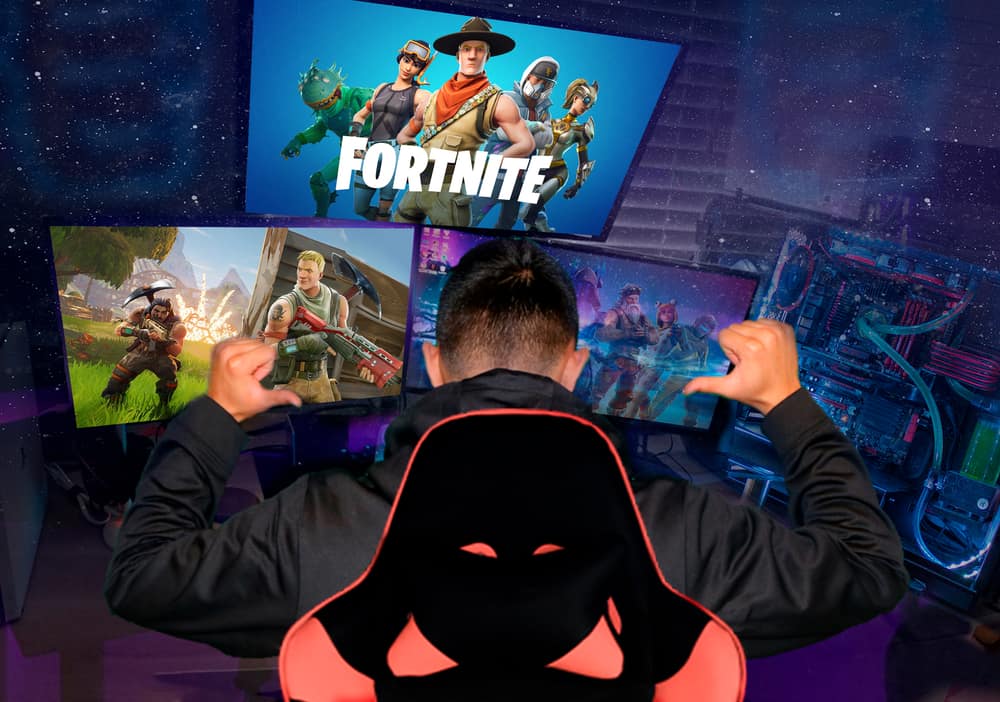 No, Fortnite is one of the most popular games that does not support SLI.

The technology can’t increase the Fps or the system performance for Fortnite.

Some users even mentioned that running Fortnite with SLI turned on created more issues, and the game ended up glitching.

The truth is, a single powerful GPU can well exceed any high resolution and refresh rate that Fortnite demands, and you don’t need SLI to get the best experience out of it.

However, multiple other popular games still support SLI, and you’ll find out what they are in the last section. 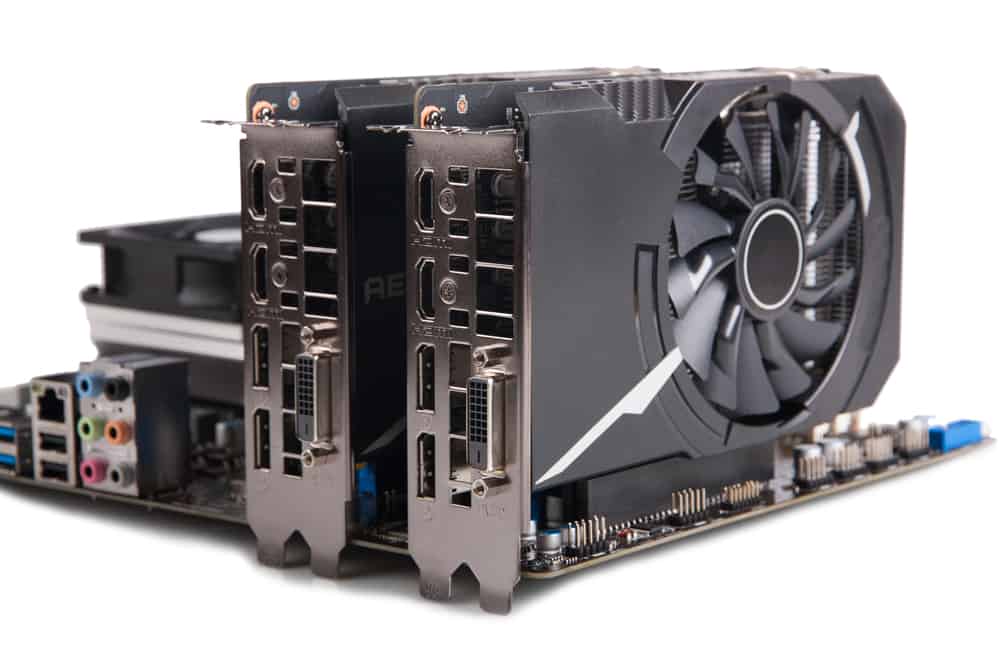 SLI stands for Scalable Link Interface that was first launched in 1999 by the 3dfx company.

Later in 2004, Nvidia re-released SLI with new updates for use in modern computer systems based on the PCI Express (PCIe) buses.

Simply put, SLI allows two or more video cards to work together in a single system.

It uses a parallel processing algorithm to achieve this.

The algorithm takes the information, breaks it down into smaller pieces, and lets multiple pieces work on at once by multiple cards.

The SLI technology aims to improve the performance of games, especially in terms of frames-per-minute count, lighting, shadows, and texture quality. 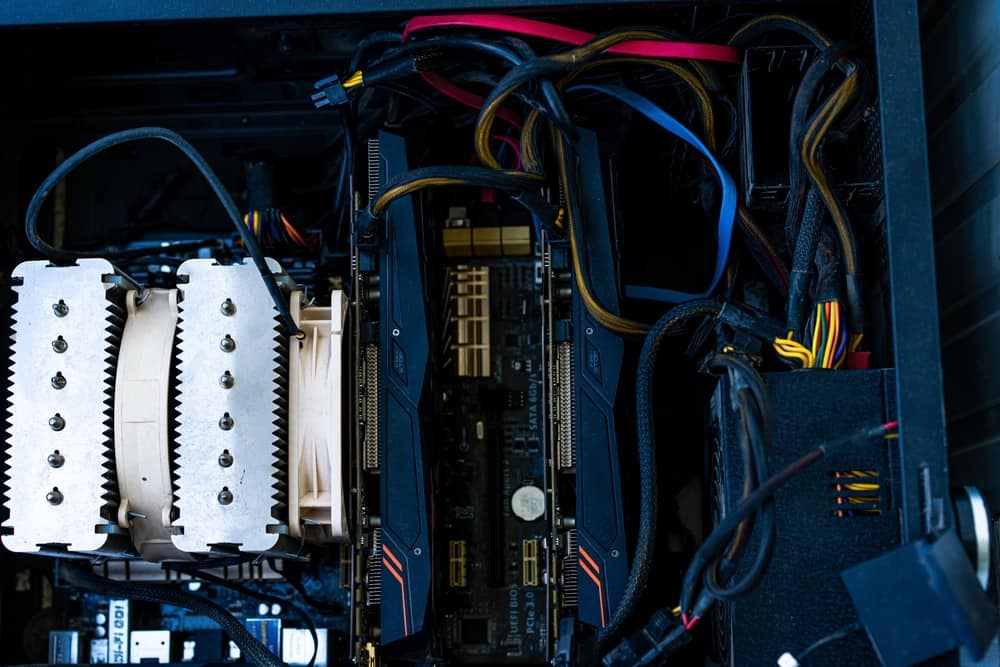 Therefore, Nvidia and game developers tried to integrate the technology.

The affordability of the mentioned GPUs boosted the interest on the consumer side and made SLI a far more accessible technology.

However, the truth is that nowadays, SLI isn’t needed anymore.

The new generation of graphics cards is powerful enough to meet the demands of Ultra settings in AAA games and run even the most demanding games at 4K.

Therefore, the need for a dual-GPU setup is becoming obsolete for the average gamer.

Moreover, optimizing a game, especially a demanding game, for SLI support is hard for the developers.

Since a single GPU setup meets the needs of the majority of players, the developers are becoming less likely to invest time and resources into SLI support.

They prefer to spend time on bugs and fixes that affect a majority of gamers.

Therefore, SLI support isn’t as pronounced for popular games as it used to be.

In Nvidia’s RTX series, only the RTX 2080 TI and RTX 2080 support the NVLink needed for dual SLI GPUs.

SLI is still a valuable technology for those who need to run a dual RTX setup for highly intensive works or those with a couple of older GPU models at hand.

What Is CrossFire, And Does Fortnite Support It? 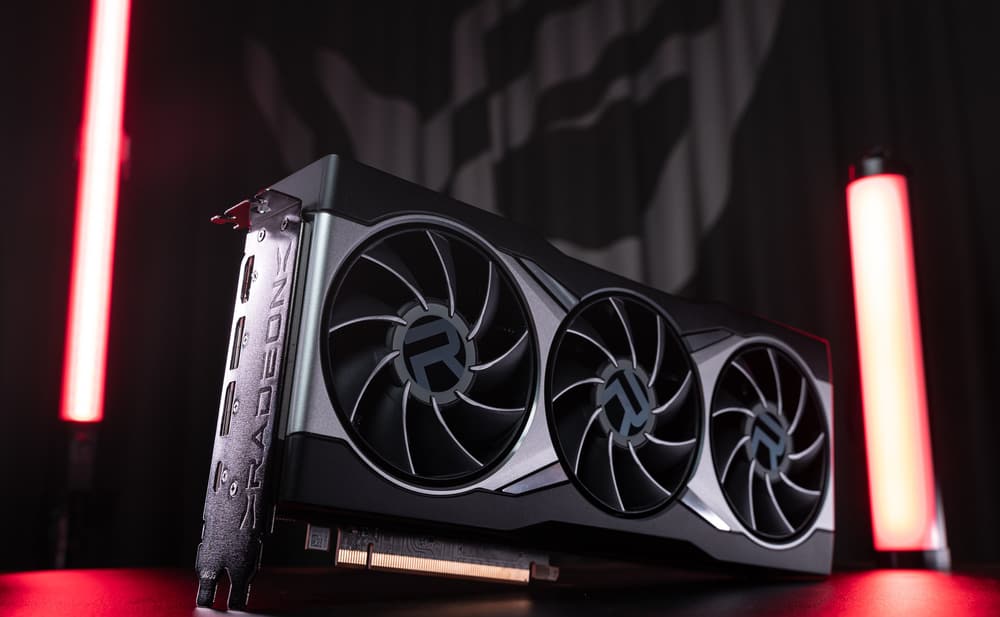 The AMD company has developed the CrossFire technology for its GPUs, which operates the same way as Nvidia’s SLI.

It’s a multi-GPU technology that pairs up the processing power of two or more graphics cards to produce a single output.

The aim is to improve the system’s performance.

The graphics cards are set up in a master/slave configuration.

Simply put, one card has the position of the master, and the others have the role of the slave.

The master card receives the output from the slave cards and combines it for a boosted output.

Much like SLI, Fortnite doesn’t support CrossFire technology, either.

CrossFire has brought up stutters and glitches in the game for multiple users.

Therefore, your only choice for playing Fortnite at its best settings is with a single high-end Graphics card. 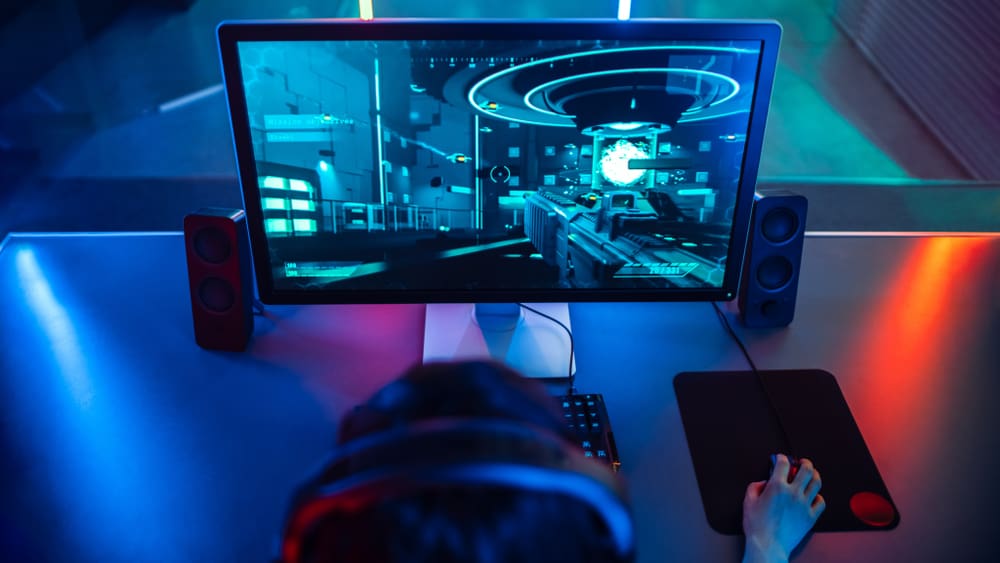 If you’re considering installing an SLI setup and wondering if it’s worth it based on the types of games you’ll be able to play with it, or if you already have an SLI-based system and want a new game to play, this list will help you.

Although developers are optimizing fewer and fewer games for multi-graphics card configurations, there are still modern games out there that support SLI and can get a performance boost when running on a multi-GPU setup.

The Witcher 3 is a popular action-adventure game part of an iconic series.

The game’s excellent graphics and gameplay combined with a cast of vibrant characters, high-quality combat, and multiple endings make up for an immersive experience.

The main character has to track down his adopted daughter while traveling through a vibrant, detailed fantasy world and fighting off demons, trolls, and so on.

This video shows what the game looks like with and without SLI.

It’s a gangster simulator game centered on the heist sequences, with many missions involving shooting and driving gameplay.

The game’s world is designed as a playground for your most mischievous impulses.

Although the game’s graphics aren’t particularly remarkable, it has withstood the test of time, and it’s still among the most popular games.

It also possesses one of the best executions of SLI technology.

Here’s a video with the in-game benchmark performed with one and two GPUs using SLI.

Far Cry 5 is a first-person shooter game with an expansive open world, factions, and an arsenal of colorful weapons.

It’s a beautiful game to look at, perfect for SLI scaling.

Fallout 4 is a single-player role-playing action game that Bethesda Game Studios have developed.

It takes place in a post-apocalyptic environment in Boston after the “Great War” that caused nuclear devastation across the US.

The main character is the “Sole Survivor,” who goes on quests to search for his missing child.

Check out the side-by-side performance comparison of Fallout 4 with and without SLI.

Here are some other popular games with SLI support:

You can also check out a list of games that can run with CrossFire here. 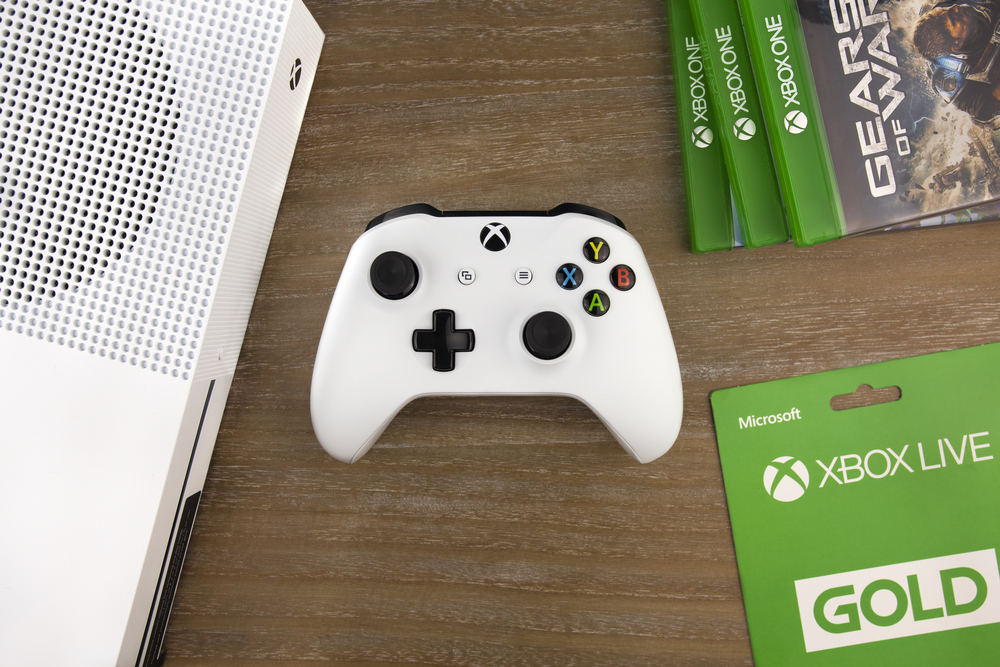 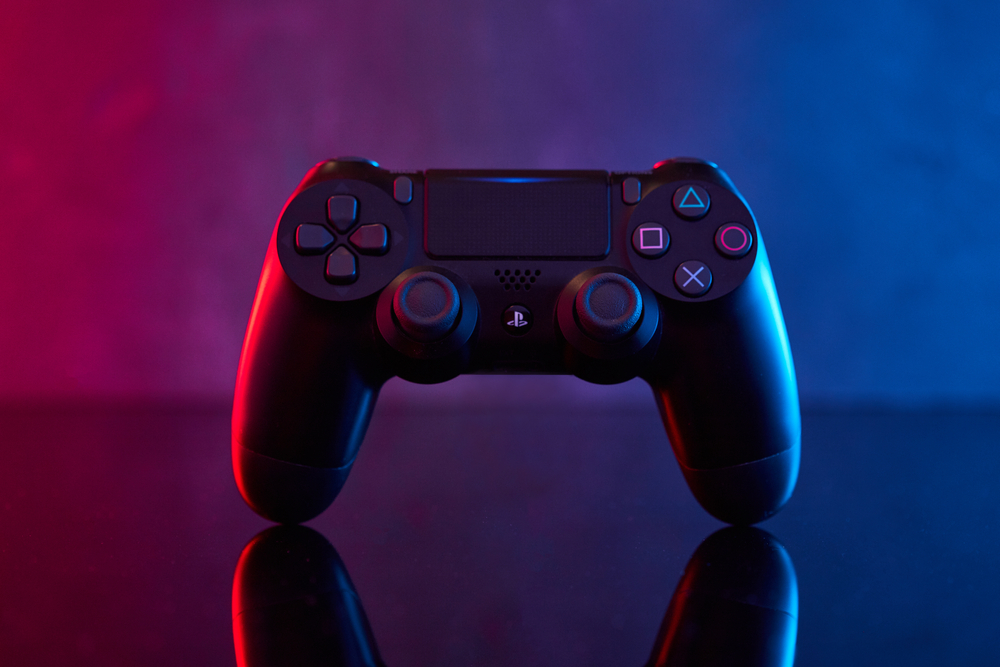 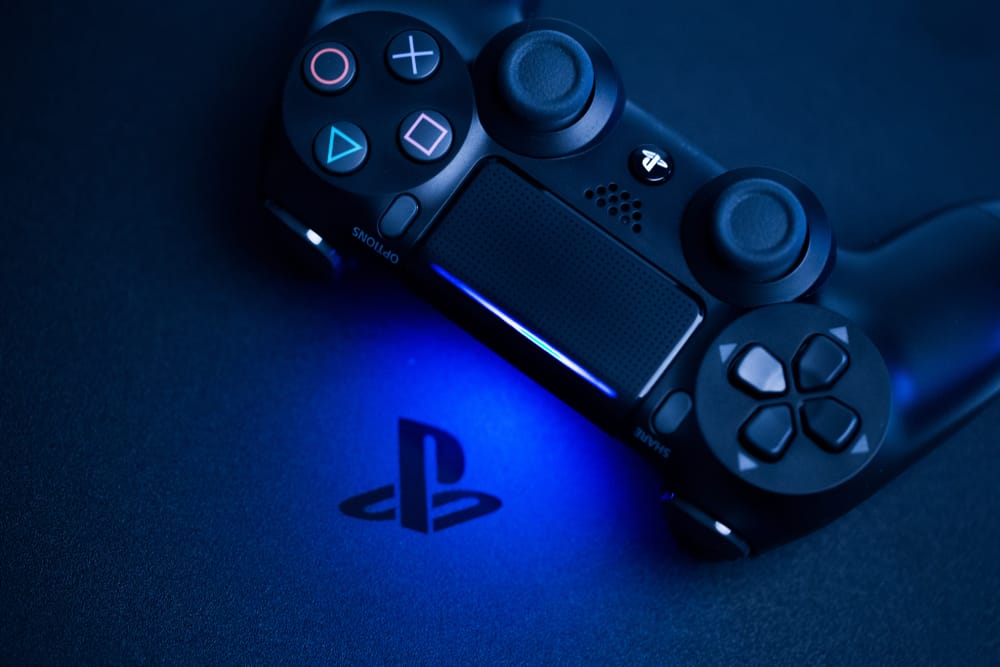 Does The PS4 Controller Have A Mic Built In? (Explained)