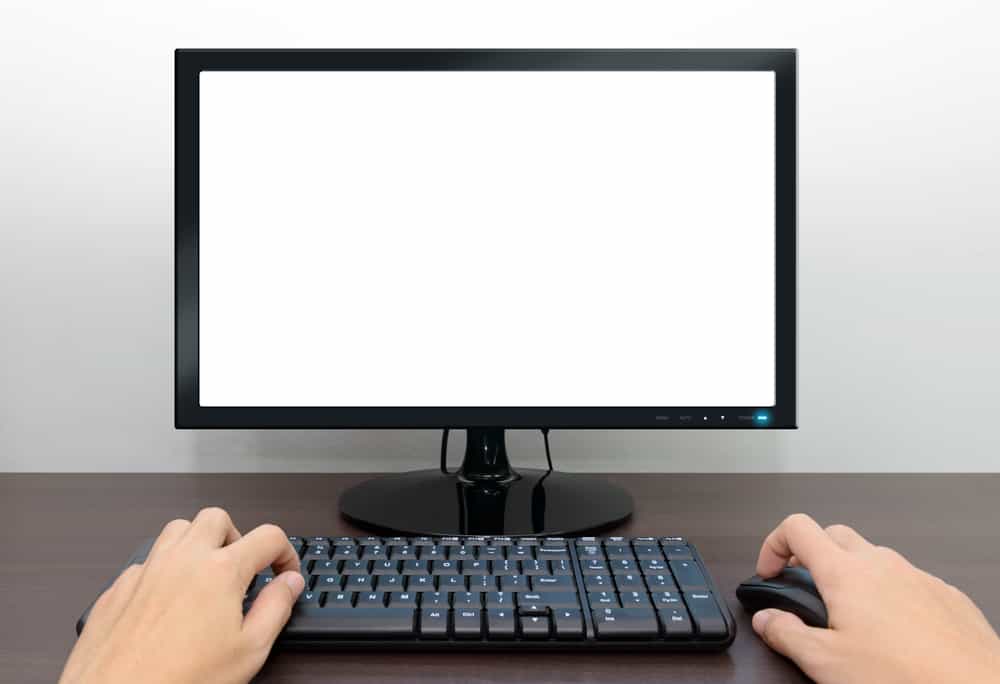 With all the recent innovations in technology, you may wonder, do you really need a monitor for a PC?

Let’s take a look at everything to know about PC monitors and whether you need one or not.

Do You Need A Monitor For A PC? 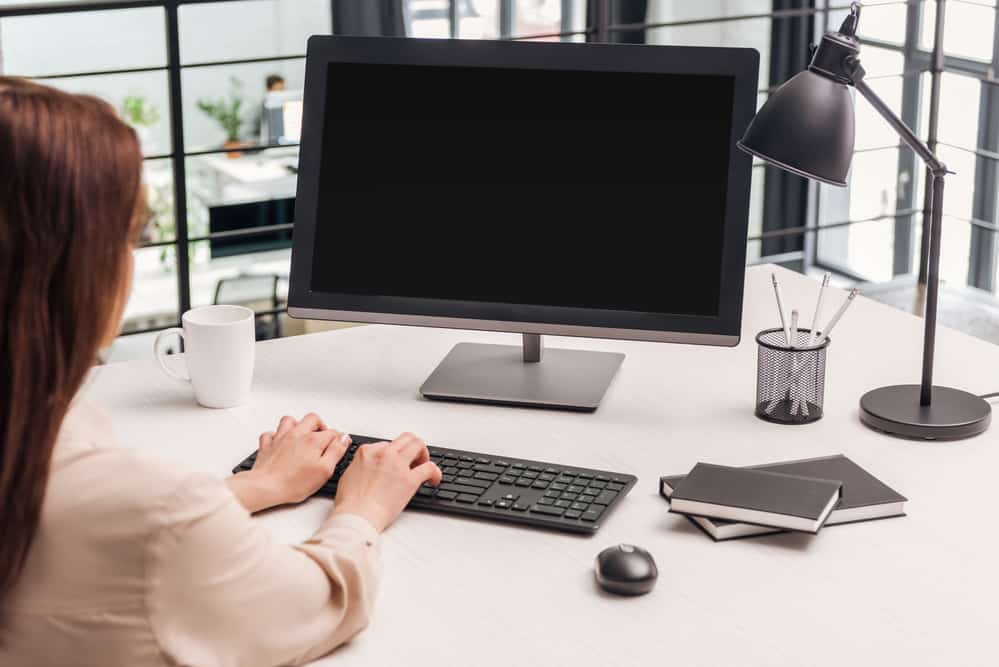 Yes, you do need an electronic visual display for a PC, typically a monitor.

However, other options can be used as well.

The choice of an electronic visual display depends upon your particular needs.

What Is An Electronic Visual Display? 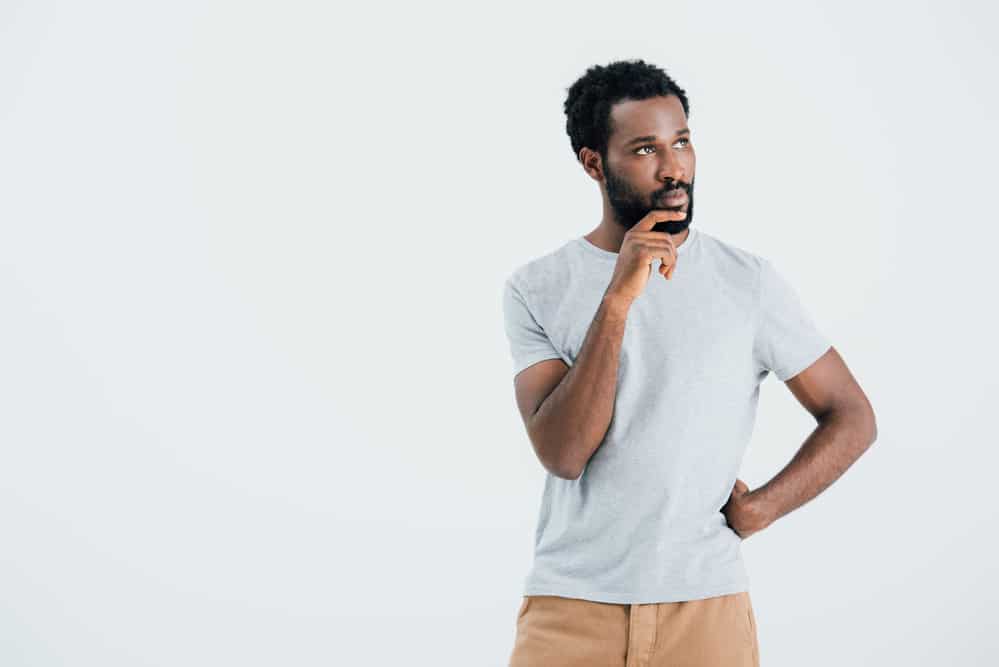 An electronic visual display, commonly called a screen, is a device that takes data transmitted from the PC and turns it into a visual form such as an image, text, or video.

A screen can be a peripheral device, like a monitor, or integrated into the computer, such as a laptop or smartphone screen.

A screen receives information from the PC through a data cable which triggers electrical signals to display the image. 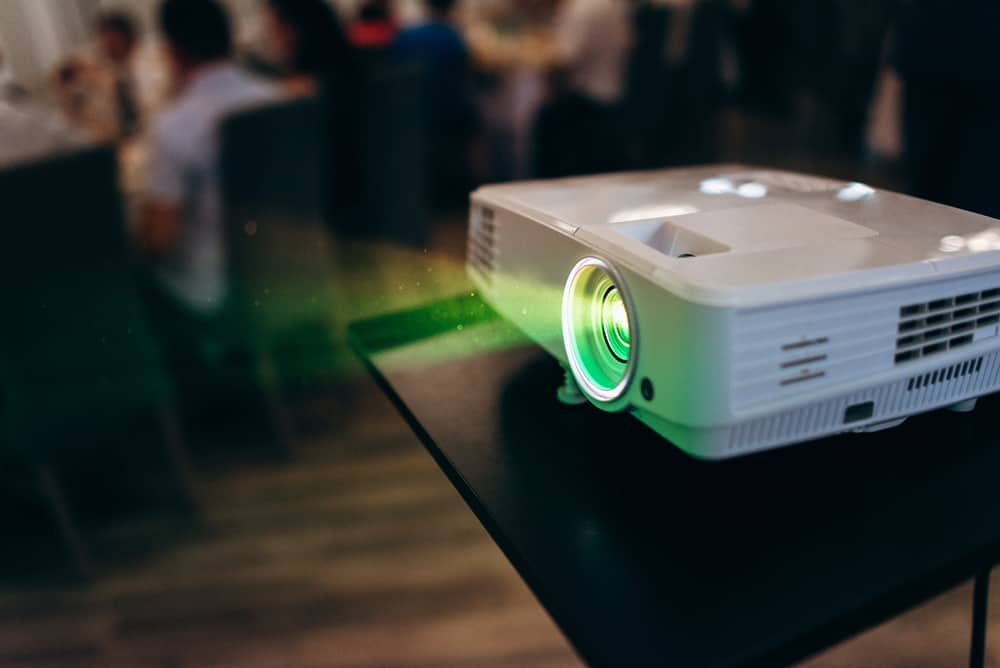 When choosing an electronic visual display or screen for a PC, there are a few common options, each with its own unique qualities. 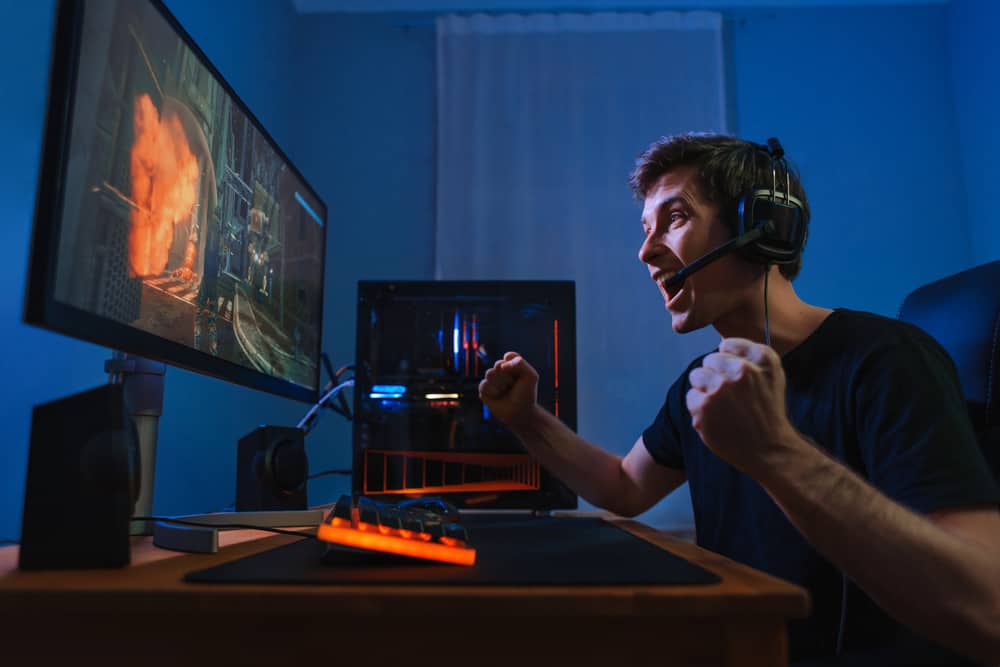 When deciding which electronic visual display device you want for your PC, there are numerous factors to take into consideration in order to find a screen that fits your unique needs.

The primary use of the PC will also play a major role in screen choice.

Screen size is the measure of the screen diagonally from corner to corner.

When considering screen size, take into consideration the placement of the intended screen.

Larger screens such as TVs are typically designed for viewing from a greater distance than monitors.

If you intend to place your screen on a wall or at a distance, a larger screen may be more effective.

At close range, however, larger screens can look blurry and can also cause eye strain.

Also, when using a larger screen at close range, you will have to physically shift your entire head to view certain parts of the screen rather than being able to use peripheral vision to see all parts of the display.

The display on a screen is made up of tiny bits of information called pixels, short for picture elements.

Pixels are placed next to each other vertically and horizontally to compose an image.

They are just like the individual dots in a pointillist painting which are placed close together to create an image when viewed from a distance.

The resolution of a screen is the number of pixels horizontally and vertically.

The higher the resolution, the more an image can be reduced into individual pixels, resulting in sharper images.

When comparing two screens of the same size, a screen with a higher resolution will have a clearer image than one with a lower resolution.

To compare resolution, compare screens of the same size.

Comparing different-sized screens based on resolution alone can be misleading.

The pixel density is determined by the screen resolution and screen size. Two screens of the same size but with different resolutions will have different pixel densities.

Like resolution, compare screens of the same size when evaluating pixel density.

The effect of pixel density can vary significantly when the intended viewing distance from the screen is taken into consideration.

While there is no technical standard for input lag, it is generally considered to be the time it takes for the information sent from the computer’s graphics card to be shown on the display.

Input lag may be affected by scaling chips in displays such as TVs.

The scaling chip in the display can increase input lag by adding processes between the transmission of data from the graphics card to the display.

More processes mean more time before the image is displayed.

For standard users, input lag may not have a significant effect on use, but for high-speed actions such as gaming, input lag can create a tangible effect.

Response time is calculated by measuring the amount of time a pixel takes to go from one color to another and back again.

Response time is measured by either the BTW (black-to-white) or the GTG (gray-to-gray) and is measured in milliseconds.

BTW response times are slower than GTG response times because BTW rates measure the time it takes for a pixel to go from fully off, or black to fully on, or white and back to off.

GTG measured displays, however, do not completely turn their pixels on and off but live in a world of gradation which reduces the amount of time it takes to change back and forth.

GTG is often used for gaming monitors where response time takes precedence over image brightness while TVs typically use BTW to achieve higher contrast and brightness.

The refresh rate is the number of times the display updates an image in a second and is measured in Hertz (Hz).

Think of a picture flipbook.

As you flip pages, the image moves.

The more quickly you can flip the pages, the quicker and smoother the image will move.

7. Frame Rate Of Your PC

The frame rate is the number of images the CPU and GPU can produce in a second and is denoted as frames per second or fps.

Likewise, the refresh rate of your display is not dependent on the frame rate but can be limited by it.

A display with a higher refresh rate than the frame rate will not perform optimally and vice versa. 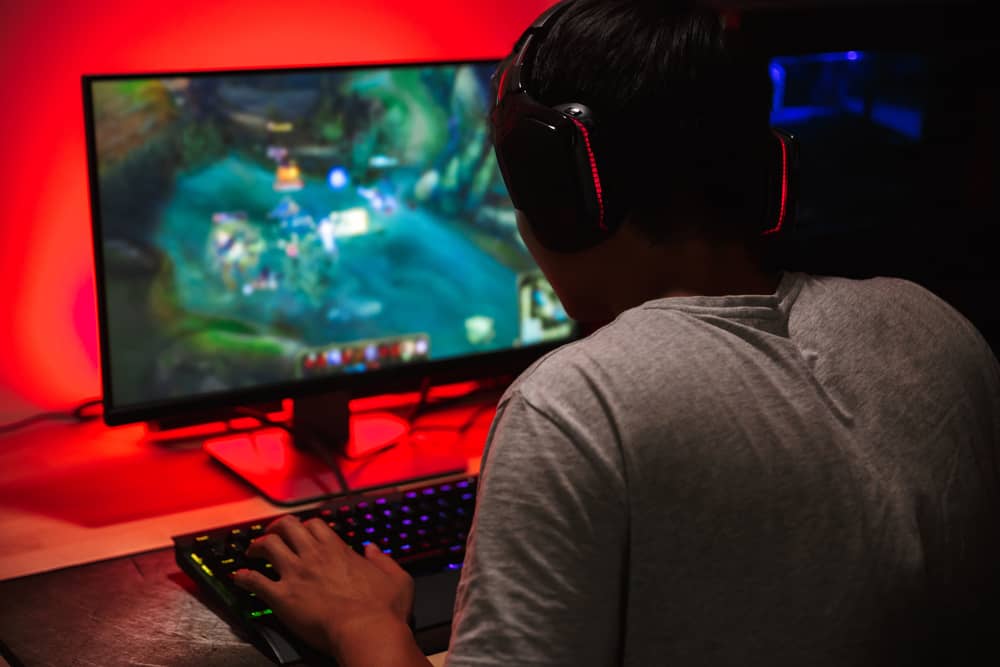 A monitor consists of three distinct parts: the panel, the stand, and the cable.

The panel is the screen of the device.

TN panels were the first type of LCD panel developed.

To produce an image, the liquid crystals rotate to let light through.

IPS panels are the most common panels on the market today.

Vertical alignment or VA panels align the liquid crystals vertically between the polarized panes of glass to produce an image.

This alignment results in liquid crystals which do not tilt and provide better light blockage for truer black production and higher contrast. 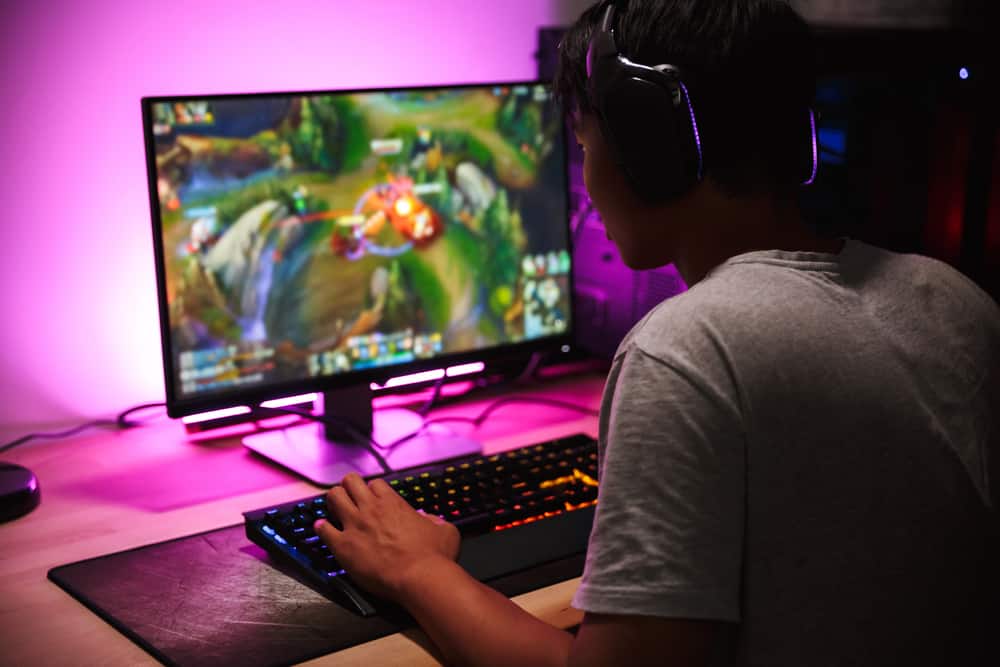 An LED monitor uses light-emitting diodes which do not need backlighting for image production.

This reduces the size and weight of the screen while also reducing power consumption.

LED monitors can produce the most accurate images for color reproduction and contrast and are well suited for graphic design and other uses which require high color accuracy.

These monitors, however, tend to be expensive and can suffer when exposed to temperature fluctuations.

Many monitors today are now using LED backlight technology in their LCD screens, combining the best of both screen offerings.

Brookes, Tim. “What Is Pixel Density, and How Does It Affect Image Quality?” How-To Geek, https://www.howtogeek.com/747632/what-is-pixel-density-and-how-does-it-affect-image-quality/. Accessed 5 Feb. 2022.

testing, Gaming at a high refresh rate can make a big difference Here’s what to know about, et al. “What Is Refresh Rate and Why Is It Important?” Intel, https://www.intel.com/content/www/us/en/gaming/resources/highest-refresh-rate-gaming.html. Accessed 5 Feb. 2022.

Do You Need A Monitor For A PC? (Everything To Know)